Go home, George (and take Ira with you)

Review of George Gershwin's masterpiece, Porgy and Bess, by fellow composer Virgil Thomson: "One can see, through Porgy, that Gershwin has not and never did have any power of sustained musical development. His lack of understanding of all the major problems of form, of continuity, and of serious or direct musical expression is not surprising in view of the impurity of his musical sources and his frank acceptance of the same. It is clear, by now, that Gershwin hasn't learned the business of being a serious composer, which one has always gathered to be the business he wanted to learn."

Posted by Margaret Gunning at 9:36 PM No comments:

Minions 'n Mermaids: must be Christmas! 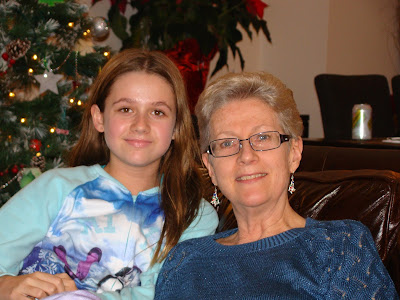 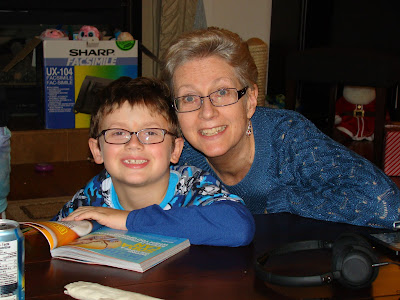 Since all four grandkids already had everything they wanted in electronics, games, etc., I was left to try to figure out what else I could give them. 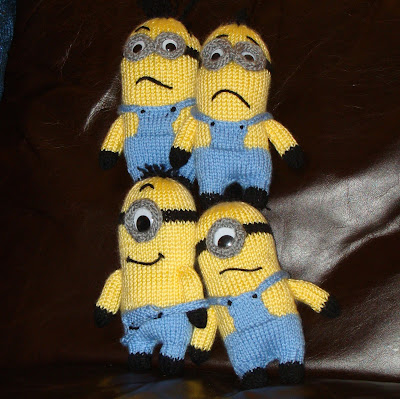 MINIONS! I mean hand-knitted, personalized Minions. Four of them. I thought of this idea about ten days before Christmas, so was in Minion hell for a while, just cranking them out. These guys appeared in the toe of each kid's stocking and were probably better-received by the adults than the kids. I don't know Minions from the bottom of my shoe, and thus was working from a very chintzy photo of a knitted Minion. (Not nearly as nice as mine.) I ended up going back to the original images from the movie. "Which Minion is this?" one of the grandkids asked. Which Minion? You mean they have names? 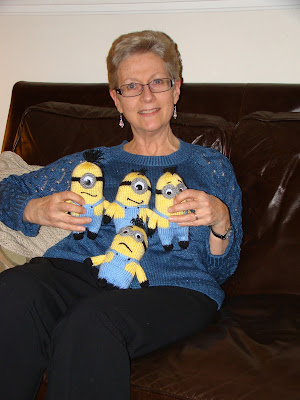 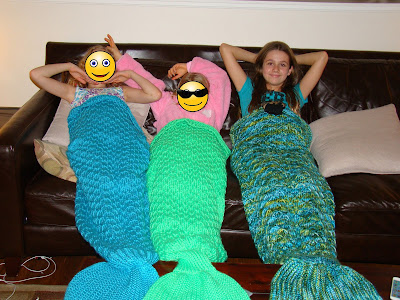 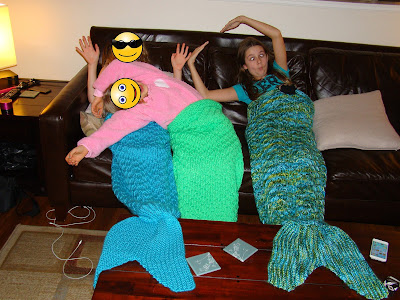 Mermaid tails!! These were knitted like small sleeping bags and were a hit, thank God, because I wasn't at all sure that: a) they'd know what they were, or b) they'd want anything to do with them. Preteens blow hot and cold. But they took to these and soon were hopping around in them as if in a very strange mermaid sack race. Caitlin has grown so rapidly that I really could've added another 4 inches to hers. From a very petite little girl, she's suddenly (overnight, it seems) as tall as many adults and will soon be looking down on her mother. Ahem. The happy-faces may look strange, but my daughter-in-law prefers not to have her kids' faces on a blog, and I understand completely. Suffice it to say their own faces are a lot prettier. 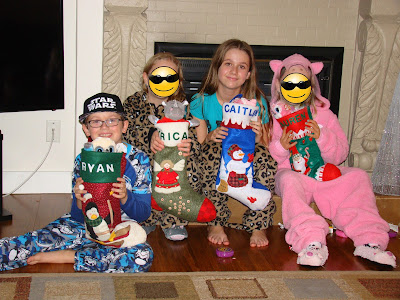 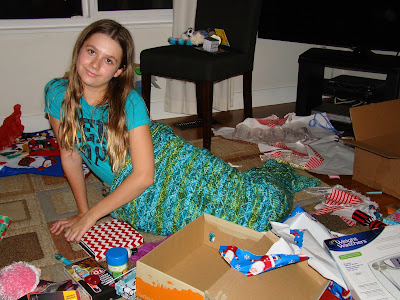 Caitlin surrounded by her loot, or some of it, or at least the packaging it came in.  I gave her a makeup kit this year. Yikes. 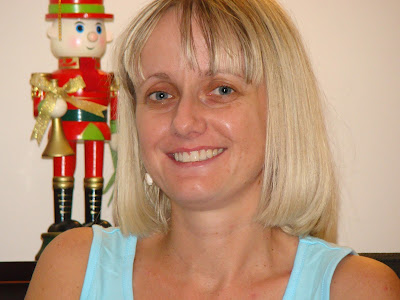 My lovely daughter Shannon with her nutcracker, Boris. Took a long time to get him to stand on her shoulder like that. 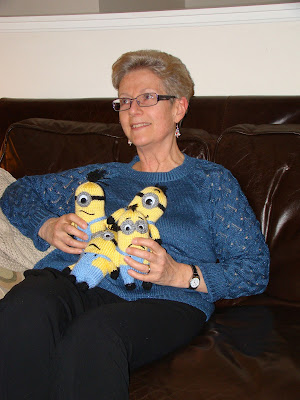 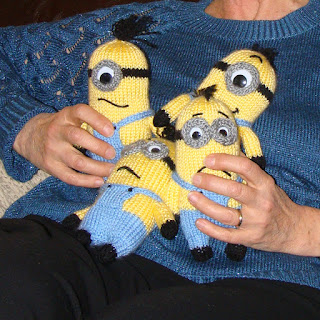 Posted by Margaret Gunning at 1:27 PM No comments: