Father of my morning,
Once my child to the night
I see that you have minds to cop
And I can only watch the sickened sorrow

Dance with them and sing a song of changes
And talk with them of life and all its dangers
Surround yourself with now familiar strangers
Who kiss and who hug and eventually mug you of your time
And the clock on the wall is a bore
As you wander past the door
And find him lying on the floor
As he begs you for some more, you frozen smile

You cannot ever picture me
You know me by my thoughts
A file for your travelogue
Oblivious to the night, the fog around you
The germs they are ridiculous
They bother you at night
The blood that rushes to your brain
The ticket on the plane you're never catching

The price you pay exclusive of your taxes
To chop you up inside with tiny axes
The girl looks up to you from floors she waxes
And speaks to your belt with tears among her eyes
And the clock on the wall is a bore
As you wander past the door
And find him lying on the floor
As he begs you for some more, you frozen smile

And the clock on the wall is a bore
As you wander past the door
And find him lying on the floor
As he begs you for some more, you frozen smile

Email ThisBlogThis!Share to TwitterShare to FacebookShare to Pinterest
Labels: 1960s music, Al Kooper, and the clock on the wall is a bore, blood, Diogenes and Freud, pop songs, Sweat and Tears, The Modern Adventures of Plato 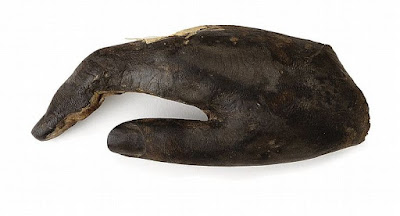 The things you see on Pinterest! To my mind, it's virtually useless, a way of sticking up pictures of kittens and movie stars and food and crafts for no purpose at all, except for looking at them. There are no links to the original item, so you can't, for example, click on a link to a knitting pattern you've been looking for for 6 or 7 years. No, but you can look at a picture of it.

This horrible blackened thing is supposedly one of Harold Lloyd's prostheses, which he used inside a glove to replace his missing right thumb and forefinger, blown off in a freak explosion. It looks so creepy because it's a reverse cast of his left hand. Now, whether this is a REAL Harold Lloyd prosthesis or not is anyone's guess. Where did it come from, who would keep such a thing? Certain Tea Party Republicans come to mind, but we won't go there.

To me it looks like one of those bog mummies, perfectly preserved in peat bogs for hundreds of years, or a woolly mammoth carcass emerging from the permafrost due to global warming. When you think about it, it's only a matter of time until Ice Man emerges, maybe walking and talking and appearing on eTalk Daily. This is too real for comfort. Unless it's a total hoax, which is entirely possible. 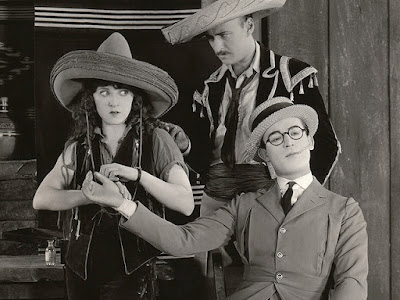 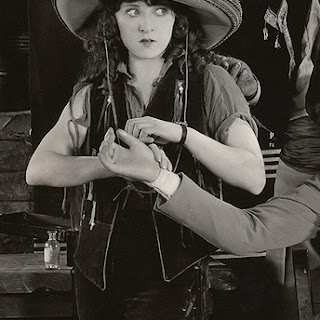 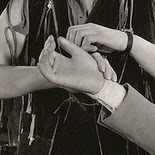 Posted by Margaret Gunning at 12:58 PM No comments:

Why do I do this to myself?


Long ago, oh-so-long-ago, when I didn't yet completely appreciate the whir and blur of time rocketing forwards, or rather backwards, I discovered that my daughter and I both loved the same song. I still do. And to see Sir Elton, not Sir yet, not touched by life yet, the richness and the agony. His first hit, and his best, I think (though I have to say, Bennie and the Jets is right up there).

Would I go back and fix what I did wrong then? Oh, would I. But I can't, and besides, I didn't really know what I was doing that was so wrong. Some of it I truly could not help, but I was treated as if I could, if I only pulled my socks up and tried a little bit. The fallout was immense, but when I finally got better, there was no acknowledgement of that mammoth task, the task that nearly broke me. As usual, people only seem to notice when you're getting it wrong. I never should have done those things to begin with.