Tin Man: I'd oil him any day 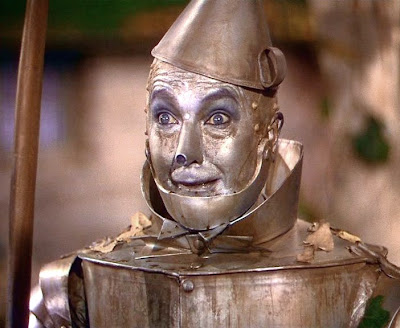 Does tin really rust? Do we really care? As a kid, I was pretty fascinated with this guy. He was my favorite character, and I loved that scene where Dorothy oiled up his arthritic joints and set him free.

The Wizard of Oz came on TV once a year, and everyone looked forward to it with rabid anticipation. Even though we had to watch the whole thing on a small screen in grainy black-and-white (in fact, I had no idea most of it was in color until decades later), the so-called-blase kids of the '60s clamoured for this kind of fantasy, which was already 25 years out of date. 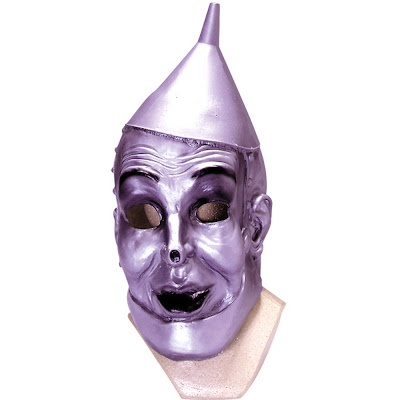 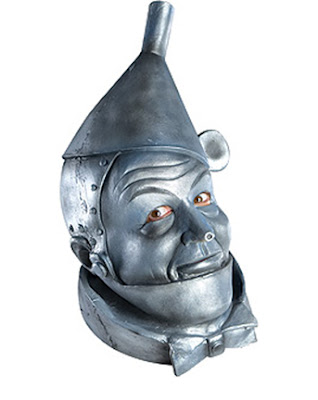 What the hell WAS a "tin man" (or "tinman", as he was more properly called) anyway? A lion you can understand. Even a scarecrow. But here was this mysterious metallic guy, who rusted solid while trying to chop some wood in the rain. He made squeaky little sounds that only the Scarecrow (who was really smart: hehheheheheheheheh) could understand.

(Causing my brother to say, on at least one occasion, "He-e-e-e-e-y! The Scarecrow's not supposed to be smart!" Another time, he even said, "That guy was already on. At the start. You know, on the farm." Weird.)

But it gets stranger: in the original L. Frank Baum series of kids' books, he was called the Tin Woodman. Even more confusing for kids in a relatively high-tech era. I have to confess I am still not sure what a woodman is: someone who chops wood for a living, or lives in the woods, or is made of wood like Pinocchio (no, strike that)? 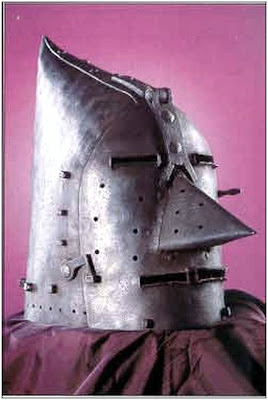 But listen: this isn't where it started, at all. Back when I was trying to find images to illustrate the Dylan Thomas poem, And Death Shall Have No Dominion, I found myself in strange and disturbing territory.


There are some pretty gruesome images in the poem of bones cracking and people getting stretched on a rack. (This must have been written during one of his rare sober periods.) So I found myself wandering into the dark territory of Medieval torture and the Spanish Inquisition. 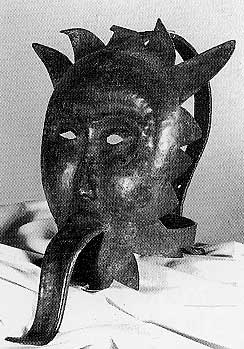 No, I won't get into that Monty Python sketch (though I was tempted: but it's Monday, and it would be too much work. Another time.) But when you see these things - do I even need to tell you what they were for? - it's enough to put you off your breakfast. 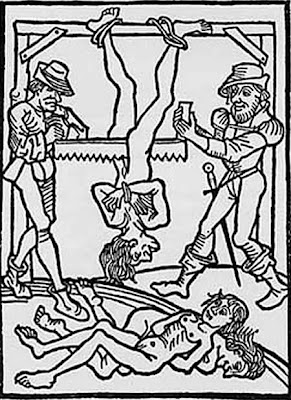 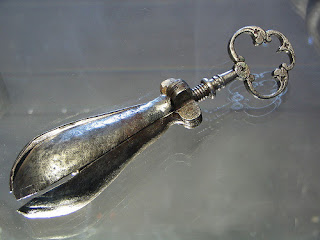 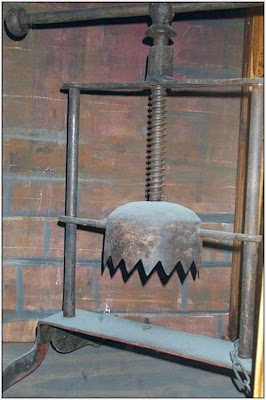 Right. So what's the connection to the Tin Woodman? Not much, except they all seem to be made out of metal (and rusty metal at that).


I can see one of the King's lackeys oiling up this head-smasher so it would work more efficiently, or perhaps take longer.


I cannot tell you what I saw in this picture at first glance: suffice it to say that I never knew Woodie was so well-endowed. Oops, that's his arm, isn't it? 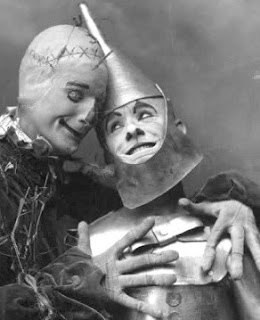 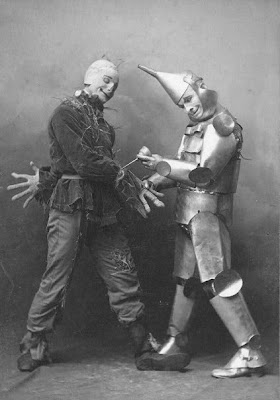 There were a lot of early stage productions (and a few silent film versions) of this story before it became a bouncy, quirky MGM extravaganza in the 1930s. Here the Straw Man, somewhat resembling a chemo patient, greets the Tin Woodman with immense affection. The two share the common trait of being inanimate, after all. 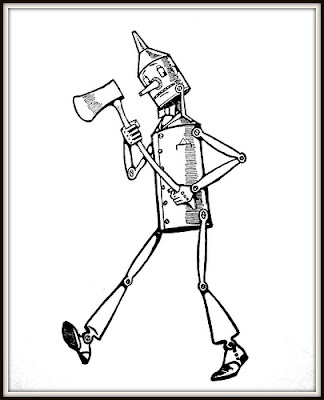 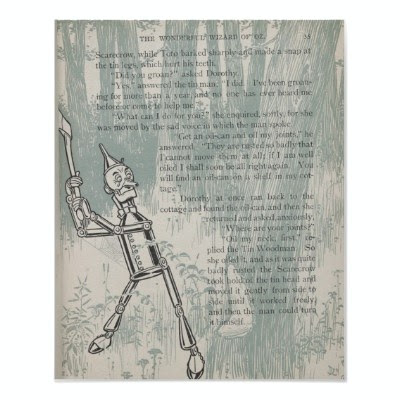 The original illustrations by W. W. Denslow portay the Tin Man as a reasonably friendly figure (despite his lack of a heart). A little on the skinny side, but MGM got that empty barrel chest just right. (Boom-boom-boom-boom-boom. . . "What an echo!") 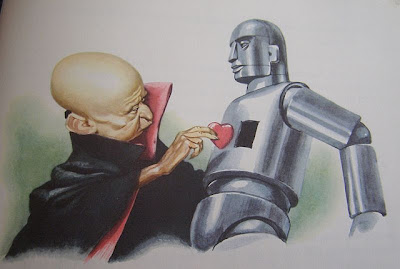 But then I found this one, which looks more like something out of a Whitley Streiber book. Is that big-headed, obviously alien figure putting his heard in, or taking it out? The tin guy's immobile face reveals nothing.

And this one, well, shit, he's a ROBOT and couldn't be anything else. I don't know how you could warm up to him or even want to apply the oil can to his seized joints. He's all cogs and gears and iron-clad Uggs, and if you look closely, he has a moustache. A sort of oven door on his chest should bear the inscription, "Insert heart here."

People made out of tin. The Borg on Star Trek. That hideous moment at the end of The Fly (the one with Jeff Goldblum) where he fuses together with the teleporter and emerges dragging chunks of machinery.

I don't know what it all means either, but it's cool.

http://members.shaw.ca/margaret_gunning/betterthanlife.htm
Posted by Margaret Gunning at 10:14 AM No comments: