Most of my writing energy lately seems to go into the comments sections of YouTube and Facebook. I think it's a way to get my thoughts together, figure out how I feel about things, and sometimes even discharge some static in my brain.

This is a response to one of those"Ask a Doctor!" videos of which there are so many thousands. These "doctors" do not need to show any credentials, but in this age of anxiety people are hungry for accurate information and advice. This one, like almost all of them, began with, "OK! Is this coronavirus likely to affect you? No, it isn't." 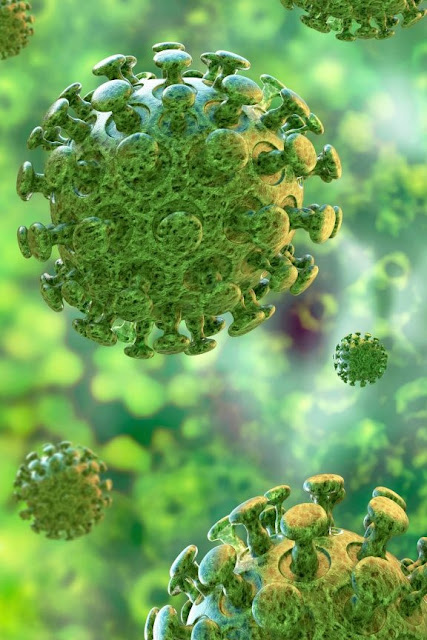 He then spends eleven minutes recounting what is actually going on in the world, contradicting his initial statement in the space of a few seconds. People are  hungry for reassurance and crave some sort of de-escalation of their emotions, but many are being told they're silly and alarmist to be so concerned. It's minimizing, a form of denial which is often seen as healthy. It isn't. In this case, it may even be deadly.

Here is what I had to say about all this in response to a particularly infuriating video, and it is NOT a popular view. It's not a polished essay, though I will say it took me more time to write than a hundred badly-spelled Presidential tweets. 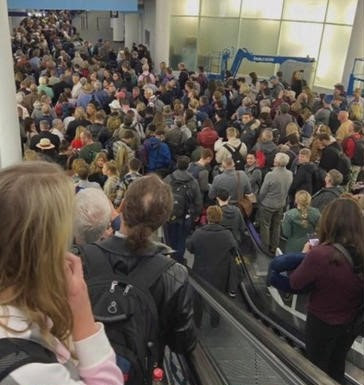 "I find this video not just misleading, but infuriating. How can you say "don't worry, this won't affect you", then in the next SECOND say there are cancellations and shortages everywhere, with even necessities becoming less and less available? People are blandly being told, "Oh, just be patient and wait until the store restocks their shelves." But warehouses are closing, factories are closing, and we are finding out just how dependent we all are on overseas sources for everything, including medical supplies and food. All our vegetables and fruit are imported at this time of year. ALL. But we need to keep up our nutrition, right? Can't live on macaroni (if we are lucky enough to have it). 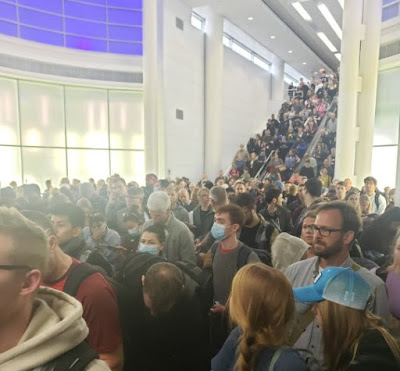 But who has thought of that? We haven't had time to think.

People are having to cancel their weddings here. But that's just what immediately comes to mind. Yes, it's affecting ALL of us, A LOT. That doesn't mean "we'll all die". It means that these reassuring, "informative" videos by doctors do more harm than good, because they are so misleading. My doctor sent me an email saying they can't test everyone, not to come in unless you're really sick, and that "this story is changing moment by moment" so she could give us no meaningful projections at all, which is at least honest.

If what we're seeing is overreaction, think of this: how are parents going to get child care? MANY day cares have had to close at a time when they are needed most. Will parents lose their jobs from just not being able to come to work? Will they get paid leave (almost surely not)? How many small businesses have already died from this, leading to still more unemployment? How will families with their income cut off get food in communities where it is already scarce?  The more I think about this, the more dire it seems.

My daughter, a hard-headed, seasoned TV news reporter for 15 years, phoned me in a panic yesterday to say the local Superstore had a lineup of carts that stretched all the way around the store, and the shelves were almost bare. I have never known her to react like this, EVER, about a story she is covering. Today she stated we will very likely be on lockdown within a week, like most major cities in Europe. She has her finger on the pulse of world events as no one else I know, and she's finding it hard to sleep at night. Every time I get an update from her, my stomach turns over.

We live in a fragile web, and it is seriously breaking down worldwide. These "informative", "reassuring" videos, designed to keep silly old people like us from developing ridiculous, outlandish ideas, do MUCH more harm than good, because they are not realistic. People are shoulder to shoulder at O'Hare airport, fresh in from Europe and statistically MUCH more likely to be carrying and spreading the disease, many with no symptoms at all. The three feet of social distance and finger-wagging admonishments to "wash your hands" are like trying to put out a forest fire by pissing on it.

Are we not supposed to consider what will happen next? How are people on multiple meds (like me) going to be sure they can even get a refill? Many, if not most drugs are made overseas. Pharmaceutical warehouses are closing down everywhere, as are factories. Shipping is not happening. Whole countries are shutting down. What about deaths from people not being able to get their medications? My guess is that it will lead to a second wave of fatalities. The horrible, insensitive jokes people always make about psychiatric patients "going off their meds" are going to be a lot less funny to those assholes when it actually happens and people's mental health collapses. It might even happen to "someone you know".

In Italy, a developed country with a fine health care system, the death rate of those infected is now 7%, and HUNDREDS died in the space of one day. Many people quote flu deaths as being many times higher. No. Flu deaths are approximately one tenth of one per cent of those infected. (I had to check that with my daughter, thinking it was one per cent.) Seven is just a little bit higher, and worldwide it is well over three. Those numbers are  only going in one direction. 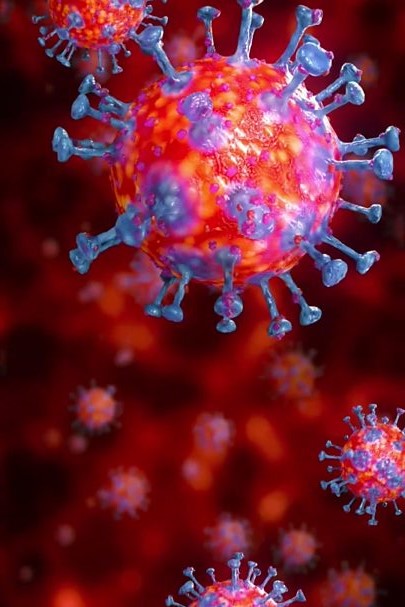 If you're passing through O'Hare airport right now, as we speak, it is almost literally a petri dish for potentially fatal disease. If ONE person says, "oh, you're obsessed with this" and "you need to find something to do with your time", fuck them. I am sick of seeing these remarks every time I post a literate and carefully thought-out comment.  But there are worse things going on. What I hate most of all are pandemic experts getting up there at press conferences and urgently saying, "Don't touch your face!", then MOMENTS later licking their fingers, swiping their hands across their noses and rubbing around and around their mouths. One smoothed back her hair, her hand swiping across her face, AS SHE SPOKE. 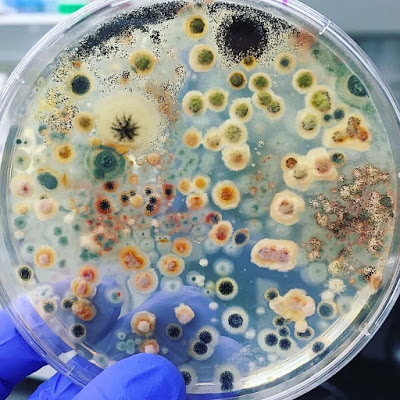 Another queasy moment came when I saw an item on the news about your phone being nothing but a tiny toilet constantly contaminated by your nose and mouth. It should be cleaned many times a day, as often as you use it. How to do this? "Just take a disinfectant wipe. . ." Oh yes. From that empty shelf over there! This is a sort of entitled "cake-ism", a feeling we'll always have a wipe handy because we. . . because we always have, haven't we? The thought that those literal billions of wipes should be saved for medical purposes never enters anyone's mind. 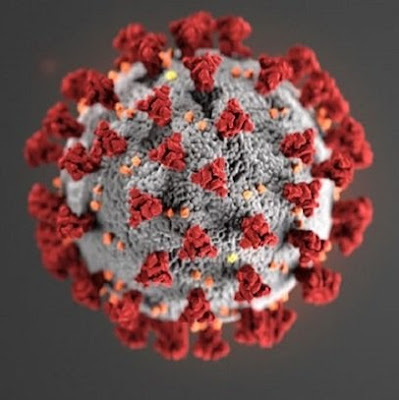 The truth is, we don't know what is happening here. And we don't know what WILL happen. Lack of information is the most stressful thing there is, and the human brain is wired to fill in the gaping hole because it abhors a vacuum. But constant reassurances that it "won't affect us" and admonishing people for their silliness is WRONG. Saying "just wash your hands" as a sort of magic charm is bullshit, and I am tired of all those earnest videos showing me how to do it. I predict the statistics quoted in this comment are already obsolete. It's not either/or (a choice between panic and denial). We need to be realistic, stay open, change our perceptions as well as our habits, and stop reassuring ourselves and each other that everything is going to be just fine. It won't. My hope is that we will, somehow or other, as we have with everything else, get through it. But we can't even be sure of that yet."

Posted by Margaret Gunning at 12:40 AM No comments: