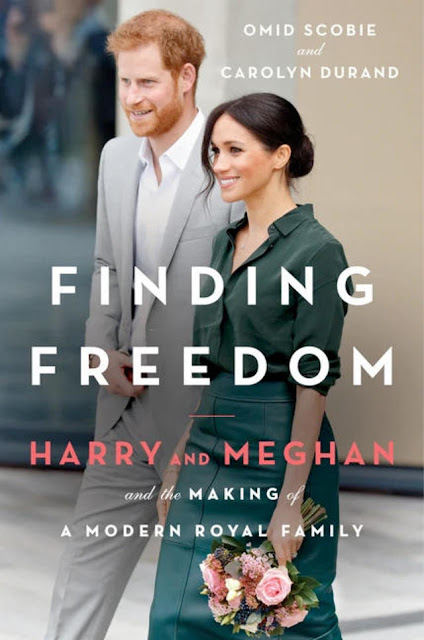 (PLEASE NOTE! I did not write this, nor do I own the rights to it, but wanted to share it by copy and paste rather than the usual  link, since I believe it is so important. I’ll take it down if there is ANY problem with it! But he says it better than any of the rest of us can.)


PIERS MORGAN: Meghan and Harry's new book only confirms they're the world's most tone-deaf, hypocritical, narcissistic, deluded, whiny brats - AND that most of the stories the 'lying' press wrote about them were 100 percent true!

I regret to say I laughed out loud when I read that line from the new book “Finding Freedom” which claims to be the REAL story about why Harry and his wife Meghan quit the Royals and Britain.

It’s hard to think of anyone in public life right now more relentlessly miserable, angry and negative than the Duke and Duchess of Sussex. Barely a week goes by without them whining about something or suing people. They’ve become serial victims, intent on painting themselves as the most hard-done-by people on God’s earth.

Yet the more they complain, as the rest of the world struggles with the very real hell of the worst pandemic for 100 years, the more they expose themselves as a pair of appallingly bitter, staggeringly self-obsessed, utterly deluded, and woefully tone-deaf laughing stocks.

The title of the book alone has made me shake my head ever since it was announced. It is obviously derived from Nelson Mandela’s autobiography ‘Long Walk To Freedom’ which is one of the most powerful books ever written about regaining liberty.

But any comparison between Mandela and the Sussexes is frankly a sick joke.
For 18 of his 27 years behind bars, South Africa’s most iconic leader was housed in an 8ft-by-7ft concrete cell on Robben Island with only a straw mat to sleep on. He had an iron bucket for a toilet, thin blankets for his bed, and allowed one visitor a year. He couldn’t even attend the funerals of his mother and son.

Finding Freedom: Harry, Meghan and the Making of a Modern Royal Family, has been written by royal watchers Omid Scobie and Carolyn Durand, described as the Duke and Duchess of Sussex's 'cheerleaders'.

Every day, Mandela would work in a lime quarry, breaking stones as armed guards watched over him. So, the freedom he experienced when he finally got out of prison was a very real and visceral one.

Harry and Meghan’s experience in captivity has been slightly less oppressive.
After a sumptuous wedding that was rapturously received around the world, they lived in a palatial taxpayer-funded royal home, were waited on by teams of servants, flew around in private jets, and attended glitzy movie premieres where they were cheered by screaming fans.

But it wasn’t enough.

Stung by a series of perceived slights by other members of the royal family and palace courtiers, and repeated media criticism of hypocrisy based on their undeniably hypocritical behavior, they began to see this gilded life of unimaginable luxury and privilege as a ‘prison’.

In their eyes, they had become Nelson Mandela, the victims of a terrible miscarriage of justice now trapped in a world of unending misery. So, they broke ‘free’, dramatically announcing in early January that they were quitting the royals, and Britain, and heading off for a new life in America where they could be the people they wanted to be and lead the lives they wanted to lead.

There was just one problem. Unlike Mandela, who emerged from his very real prison with extraordinary positivity, an astonishing lack of bitterness, and an intense desire to unify not divide, the Sussexes seem even more unhappy now than they were before and intent on causing as much division as possible.

This new book, clearly written with their approval and with enough private details to establish that a lot of it came directly from the horses’ mouths, was supposed to ‘set the record straight’. We would all apparently read it, understand how badly treated they were, and sympathize enormously.
In fact, the opposite has happened.

The extracts published in various newspapers have only shown us just how pathetically self-pitying Harry and Meghan have become.
This was a couple who had it all - but threw it away in a massive fit of ego-driven pique. The sheer scale of their narcissism is astonishing, and at the heart of it lies one stunning fact: they genuinely couldn’t understand why William and Kate, the future King and Queen, got preferential treatment to them.

Time after time in the book, this seething resentment re-emerges and it explains everything. For a couple so low down the Throne Succession cab rank, the Sussexes have delusions of grandeur and importance on a breath-taking scale.
They also have no sense of self-awareness.

In the book, Harry and Meghan, always so angry at media intrusion into their family’s life, have stuck the knife into his family in spectacular fashion.
Harry whacks his brother Prince William for being a snob and his father Prince Charles for being thoughtless, while Meghan whacks her sister-in-law Kate, the Duchess of Cambridge, for being cold and insensitive towards her. 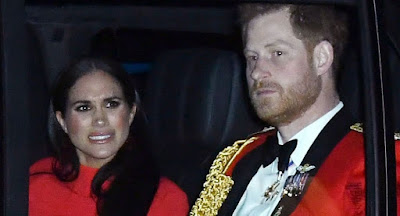 They repeatedly accuse the whole Royal family, presumably including the Queen, of ignoring their desperate plight, despite, as they laughably claim, them single-handedly leading the royals to supposedly unprecedented heights of global popularity.

The fact this garbage is being spewed after the Queen, Charles, William and Kate have spent months comforting the British people in remarkably empathetic and impressive fashion during the crisis, is even more grating.

The deeply intrusive revelations go on, page after page. Of course, the comical irony of the approved publication of all this ‘setting the record straight’ private information is that most of it confirms myriad newspaper stories that we were previously assured were ‘media lies’.

There are other little snippets in the book that blast off the page like bombs.
Meghan, we’re told, used to tip off the paparazzi about her movements in Toronto where she filmed her TV show Suits. One of them even had her phone number.
Oh, and she would leak stories to the press to promote herself. 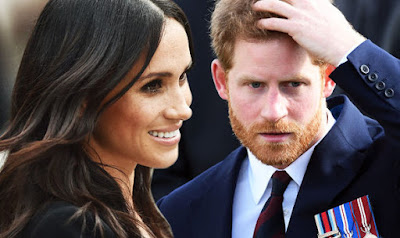 When I read this, I thought immediately of the way she has so heartlessly disowned her father Thomas for naively colluding with the paparazzi to promote himself in the run-up to her wedding.

An extract from the book told how Meghan, sitting on FaceTime to her friend in a bathtub, confessed she sent her father one last text on the night before her wedding in May 2018. And for her furiously worded lawsuit against unknown paparazzi last week for their alleged intrusion into their Hollywood life.
It’s clearly one rule for Meghan when it comes to such media-appeasing behavior, another for even her dad.

As with so much that surrounds the Duchess’s conduct, the hypocrisy is stunning.
But what’s even more repellent is her totally delusional victimhood. ‘I gave up my entire life for this family,’ whines Meghan in the book. No luv, you gave up precisely three years for this family, then stole away Britain’s favorite Prince to Hollywood where you’re now complaining even more than you were before.

As for ‘hostage’ Harry, he’s becoming a tragic figure. It’s getting to the stage where his former army mates may want to fly over to Los Angeles to carry out an extraction operation and save him from himself. If this book is supposed to be the pro Meghan and Harry one, I’d hate to see a hatchet job. 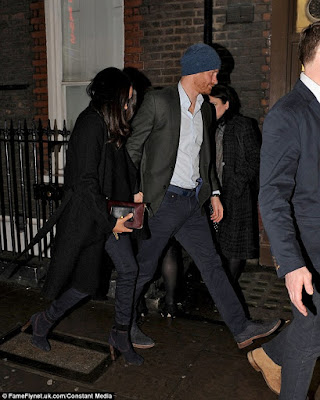 They come out of it as the world’s most self-centered couple, bleating away about their ghastly lives living in TV star Tyler Perry’s $20 million Hollywood mansion, and seemingly oblivious to the fact that hundreds of thousands of people have died from the coronavirus and tens of millions more have lost their jobs.

The struggle for much of the planet right now is very, very real. Just as it was for Nelson Mandela for 27 years. Meghan and Harry’s only struggle is to work out each day which of their latest borrowed lavish home’s twelve bathrooms they want to luxuriate in before they bravely appear on those creepy videos to lecture us all about equality and hardship.

I think what most of us would like now is to find freedom from this ridiculous pair’s incessantly negative, miserably, angry whining.

Posted by Margaret Gunning at 1:02 PM