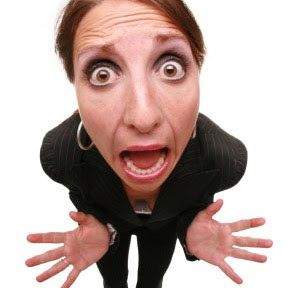 Don't fall for the hoax: Facebook isn't restricting your News Feed to 25 friends


lThere's a viral Facebook post making the rounds that claims the News Feed is restricting what you see to just 25 friends.


Spoiler alert: It's just not true.

No, Facebook is not restricting the content you see on your News Feed to just 25 or 26 friends.

Over the last few months, a hoax has been making the rounds on the social network. It claims, in essence, that Facebook has implemented an algorithm change that means you will only see posts from a select few of your friends. Anyone else is flat out of luck. 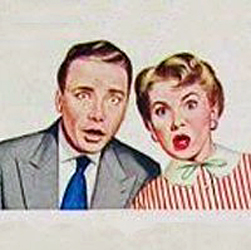 The hoax encourages users to combat this by copying and pasting a faux-informative message about the "change" — and then asking users' friends to reply to the post.

Hello Friends - I'm jumping on the bandwagon too....Fighting this Facebook algorithm change, because I'm noticing I am not seeing so many of my friends posts. Here is how to avoid hearing from the same 26 FB friends and nobody else. This post explains why we don't see all posts from our friends. Funny, I thought if I followed you on Facebook I would see what you post. Not anymore..... 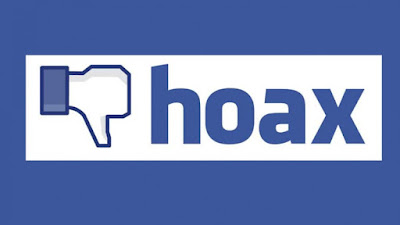 Your newsfeed recently shows only posts from the same few people, about 25, repeatedly the same, because Facebook has a new algorithm....

Their system chooses the people who will read your posts. However I would like to choose for myself, therefore, I ask you all a favor- if you are reading this message leave me a quick comment, a "hey" or sticker, whatever you want, so you will appear in my newsfeed please!

Otherwise Facebook chooses who to show me and I don't need Facebook to choose my friends. Please copy and paste on your wall so you can have more interaction with all your contacts and bypass the system. That's why we don't see all posts from our friends. 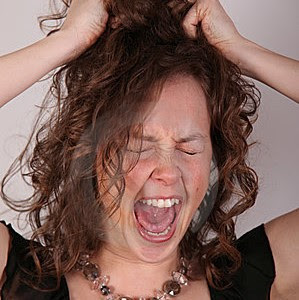 Variations of this hoax have been circulating since at least February 2018, and Facebook comprehensively debunked it at the time. But that clearly didn't halt its spread.

The problem is that by the time a fooled user realizes it's total hookum, it's too late — they've already copy-pasted it, sharing it with their friends, allowing it to keep going viral across the social network.

That said, there is an extremely convoluted and twisted kernel of truth in here — Facebook's algorithm does make judgement about which of your friends it thinks you want to see content from, and then prioritizes them in your News Feed. And engaging with these friends' posts (and them engaging with your posts) will make them appear more frequently. 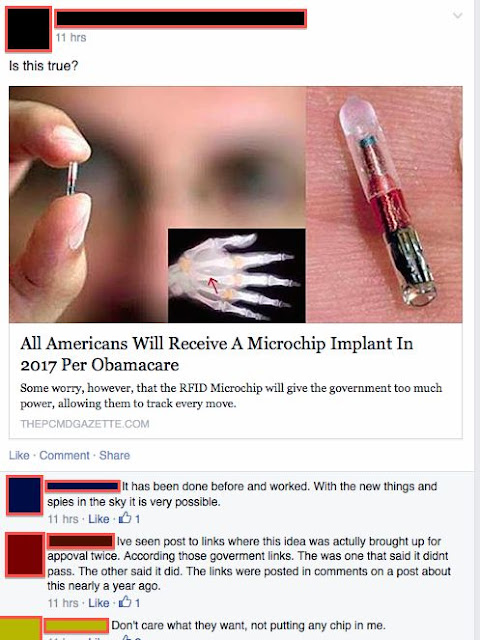 To do this on the desktop click on "News Feed" in the left-hand column and then on "Most Recent."

This view of the News Feed is harder to find on the mobile app. First click on the "three lines" symbol (next to the notifications bell symbol). Then click on "See More" then on "Most Recent."

But the "facts" this hoax claims, and its purported fix? Dead wrong. 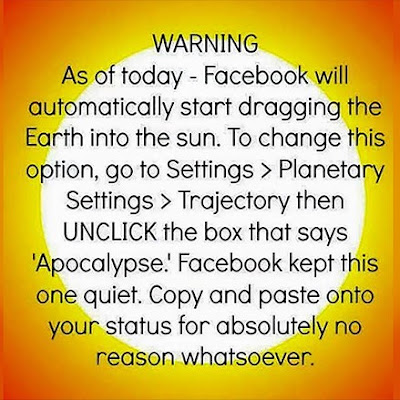 BLOGGER'S TWO CENTS. OK then! I would have completely ignored this bogus thing, except that in the last two days, two of my Facebook friends have copied and pasted the "hold your finger down" version, along with "This REALLY WORKS!!" AND "Four of my friends told me this works!!" These are not people who write in this style - in fact they are published writers - so it's obvious to me they DIDN'T WRITE IT!!

Any time anything is copied and pasted in this way, it means something funny is going on, or something not-so-funny. "Viral" things that turn out to be completely bogus make me angry. It dismays me when I see otherwise intelligent people falling for something so completely lame. It highlights the "I saw it on the internet, therefore it must be true" mentality that is still going around among people who seem to have powers of discernment. Perhaps they WANT it to be true (while we're using all caps), but that doesn't mean it is. 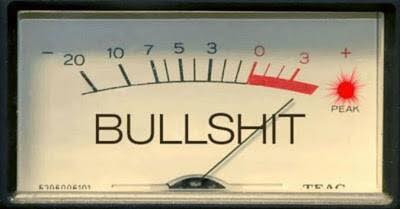 When you get this sent to you or see it posted and it's from a friend, it's a knee-jerk reaction to believe it, because your Facebook friend who would NEVER delude you is sending it. That person conveniently ignores the clunky, exclamation-point-ridden style which screams "cut and paste", and the ludicrous repetition which means someone has glommed together a couple of the many versions of it without editing. This one randomly claims "four different people" have had good results with it, which proves beyond the shadow of a doubt. . . (And I am so glad these were four "different" people, not four of the same person.)

I will perhaps believe these things - perhaps - if I see them written in that person's OWN voice and in their OWN writing style. (I just can't get off this all-caps thing!). If they then tell me what their personal experience has been with this method to "bypass the system", well then -

Yesterday a Facebook friend posted another version of this (and there are always overlapping versions going around just to muddy the waters), and was debunked by discerning friends. Today, another friend (a writer friend) posted this: 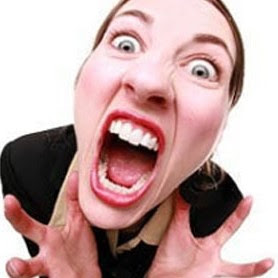 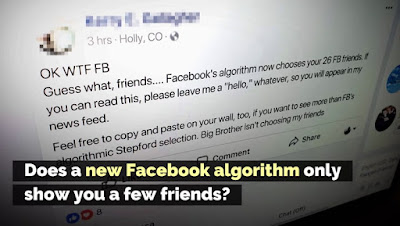 Can I pick this apart? Would a professional writer say "friends posts"? Then there is "some say you don't?? What gives?" This is NOT her writing. Definitely not. Nor is this: "Yes. Adding bypass It works It WORKS!! Come on, people, that is nuts."

I might believe it, perhaps, if someone posted, "I saw this thing about bypassing the Facebook algorithm and decided to give it a try," with personal results. Which would be exactly nothing.

People say, "Hey, it does no harm." Yes it does. It leads me around by the nose, it deludes me, and I hate that. As with fake news, I no longer know what to believe. What a waste of energy, and what a phony and disappointing vibe to get from a Facebook friend. 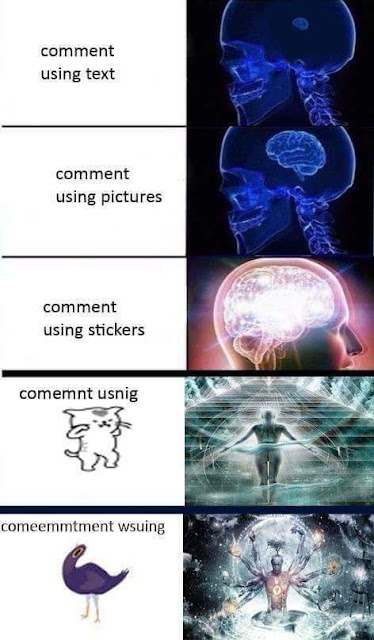 A long time ago I got a "questionnaire" I had to publicly fill out, all about the color of my panties, my bra size, how I behave when drunk, how many men I've had, etc. It was all in the name of "breast cancer awareness". This was nowhere near the date for that day and turned out to be a complete hoax designed to embarrass people, including me (and it was sent by a close friend!). But if you refused to take it, people were hurt, angry and edged away from you, or even unfriended you for "not caring about breast cancer". At very least, you were chided for being a poor sport for criticizing something that was all in good fun and completely harmless. 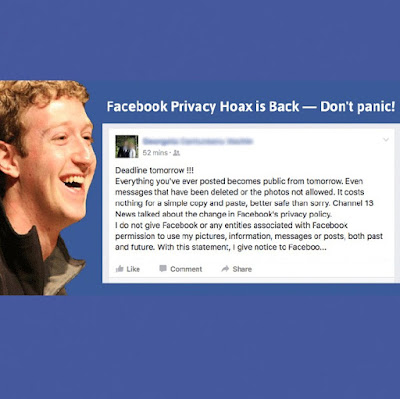 I care about breast cancer, but what I don't care about are bogus posts meant to humiliate me in public and blur the line between genuine information and absolute dreck. This truly is a life-and-death matter, and meaningless questionnaires are of no use, cause confusion and even do harm. But a number of people claimed it actually DID "raise awareness" of breast cancer, meaning women all ran to have a completely unnecessary mammogram, or just said, "OH! I had no idea there was such a thing as breast cancer. I'm so glad I'm aware."

Meantime, let's say it all together:

Yes Adding bypass It work It WORKS!! It's just that the university professor who cut and pasted the message was having an off day.