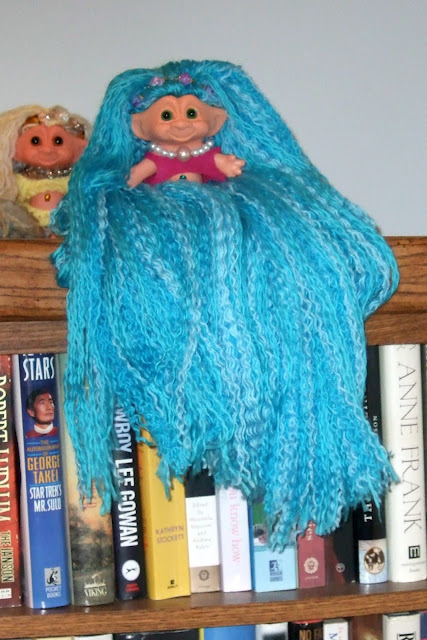 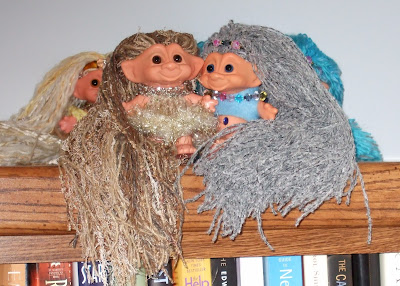 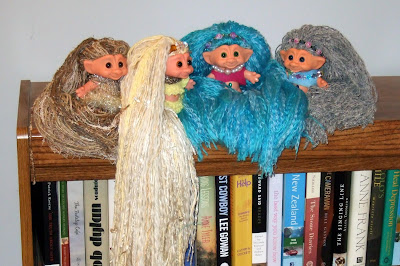 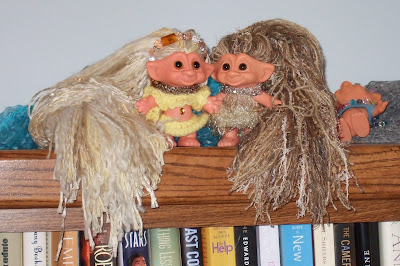 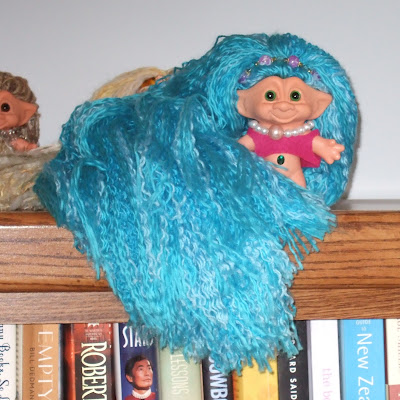 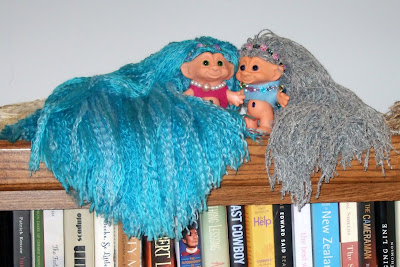 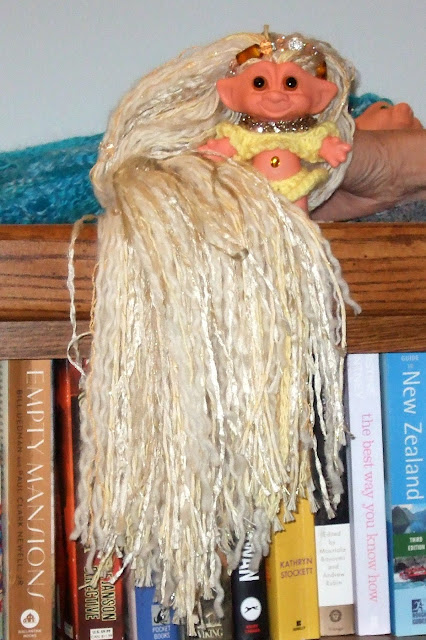 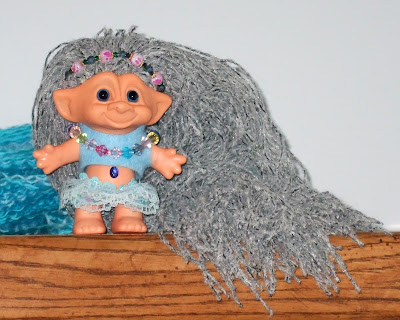 It has been a while since I posted about trolls. In fact, I can't remember if I ever posted about them at all, so I guess it's time.

I now belong to not one, not two, but THREE Facebook troll groups. By the time I actually post this, I might belong to zero troll groups, because I have gone back and forth a lot in my feelings about them.

Yes, it's nice to connect with people who love their trolls and have an enthusiasm for them. No, it's not so great to have someone push and push and push to try to sell expensive trolls to me, or tell me they collect nothing but one-of-a-kind 24" trolls from Denmark that Thomas Dam created with his own two hands in 1942. Or see photos of ultra-expensive trolls posing on the deck of a cruise ship, or in a room with a view in Sicily. Or see someone casually mention a small collection of, oh, say, about 5000 or so Dam trolls, only the finest and the oldest, and -

You know what I'm saying. It's all the same problems I have had with social media from the beginning. Troll elitism! It's beyond my powers to comprehend.

My trolls, the ones I started out with until I began to branch out a little, came from the wrong side of the tracks. They came in a little plastic bag: 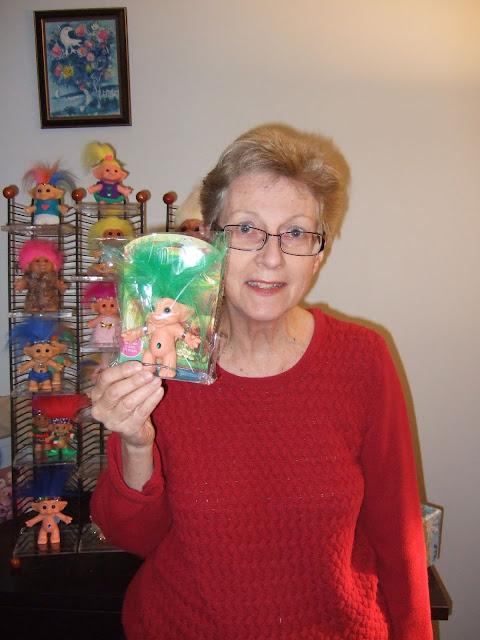 . . . and cost me, rounded off, about $5.00 each at the dollar store. I had never seen a troll at the dollar store before, so soon I was stoking my collection and making them little felt outfits. I began replacing their silky but rather sparse hair with great spills of yarn, the fibres all pulled apart for maximum volume.

I thought they looked great! 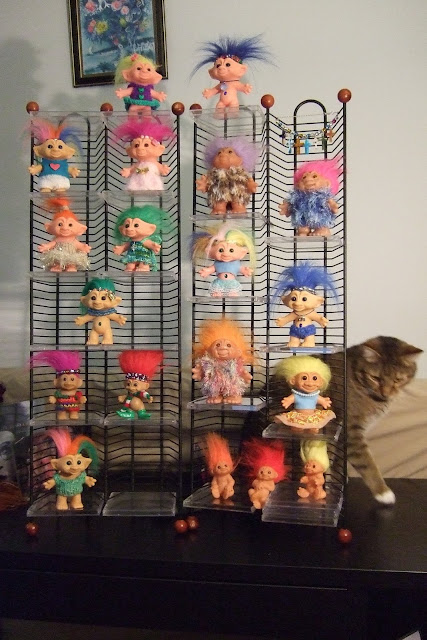 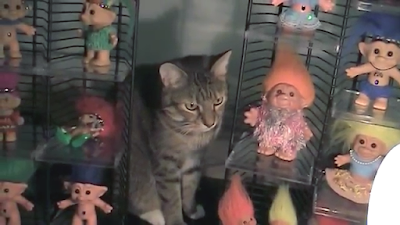 Needing a place to store them and not wanting to just use a shelf, I  converted some old CD racks and began to stack them in.

There weren't too many at first.

I am not sure which troll group I joined first, but it didn't make me very happy, even though I got some initial "likes" for my poorhouse trolls in their CD highrise.

But I still had the feeling they were from a different social stratum, and I was never allowed to forget it. People talked in "troll-ese", I am convinced to make people left out who DIDN'T speak troll-ese. It didn't occur to me that Facebook and its intentional envy syndrome had anything to do with it. 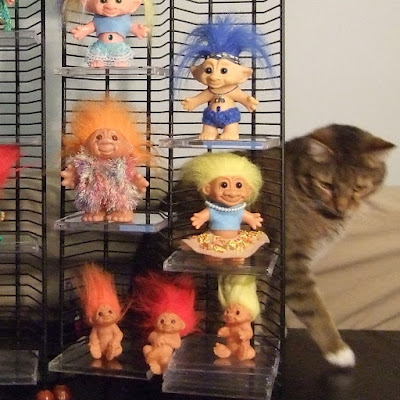 But then the inevitable happened, and I began to "covet". I knew I couldn't begin to afford the holy grail ones, but even the mid-sized Dam trolls cost plenty, what with outrageous shipping charges and conversion of the American dollar to Canadian.

But I went ahead. I looked on eBay, I ordered trolls, I bought trolls. I couldn't help myself. 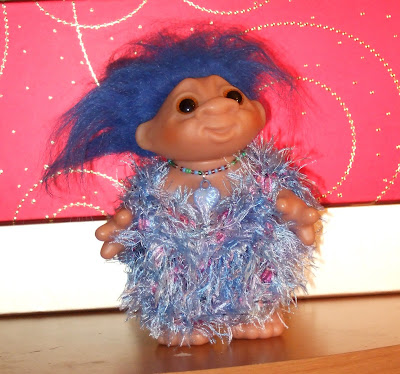 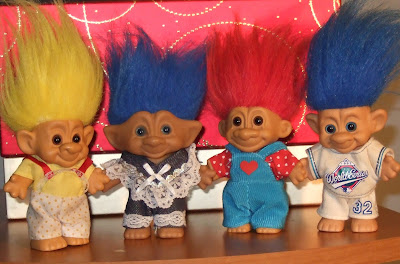 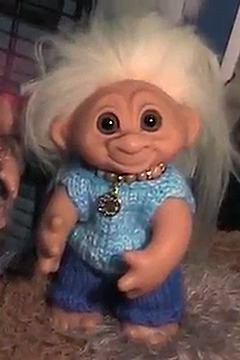 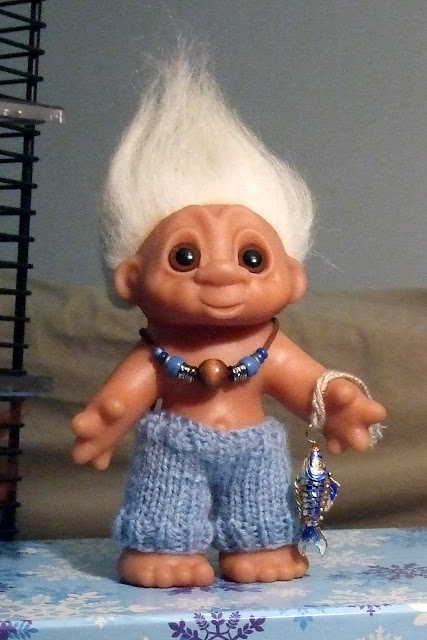 I don't know how to feel about it now. I haven't counted how many trolls I have, and I don't want to, though I did move a bookcase into my office for the overflow. I have spent a lot of money, for me at least, which translates to a few hundred. Money I can't spare. I think I still like my "Dollarinas" best, my yarnies with all the masses of hair I created from material I already had. But the problem is, their faces all look pretty much the same. They're identical cousins. Their bodies are so fragile, knockoffs of knockoffs made of thin plastic, that you could squish them flat by sitting on them.

The feeling is exciting when I order "real" trolls, and even more exciting when I get them and open the box. It's Christmas morning! One of my faves is the one I call Grumpy Grandpa:

But now I want another one. With the same face. Should I get it?

Collections are horrible things, voracious, insatiable. I've never really had one before, and now I don't know what to do. Stop buying them, maybe?

Am I honestly trying to reproduce my Year of the Trolls when I was ten years old, which was (though of course I didn't know it at the time) the best year of my life?

Posted by Margaret Gunning at 12:08 AM No comments:

Posted by Margaret Gunning at 12:02 AM No comments: 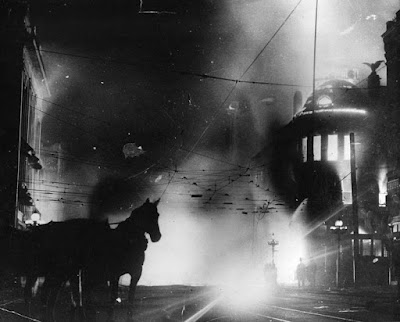