If I disagree with you, it's because you are wrong. 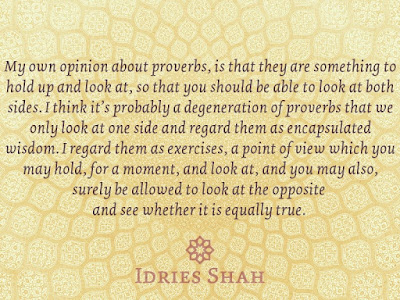 I found these two images at about the same time, and I think it's significant, or at least appropriate. In place of "proverbs", you may insert: health advice, political opinions, convictions about race, sexual orientation and gender, denial of various global phenomena, and so on, and so on.

What galls me is that practically no one prefaces their comments with "I believe that. . . " or "I think. . . " or "It has been my experience that. . . ", followed by a declaration of personal belief. Instead we get opinions hurled like explosive projectiles, and reactions like, "You fxxing moron, get back on your meds!". 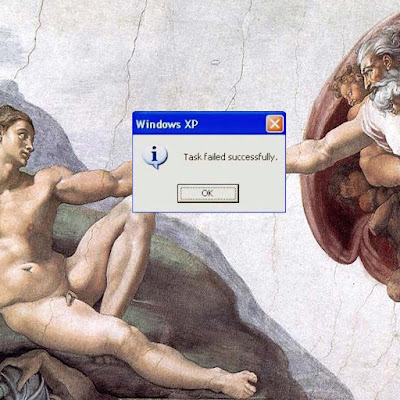 I was thinking today. . . just my opinion, but I was thinking what a disappointment the internet has become. When it was new, there was a sense of excitement, the unprecedented possibility to instantly access information and news, and global communications at light speed that SURELY would bring humanity together at last.

It has hardly come true, and sometimes feels like the opposite. Bland and cliched memes, almost always misspelled, represent practically the only form of benevolently-expressed opinion/sentiment. Read the comments section on just about any web page, and at some point, deeper down, it will devolve into snarling, mudslinging and thuggish name-calling. A lot of pages have started posting warnings to try to screen this shit out. 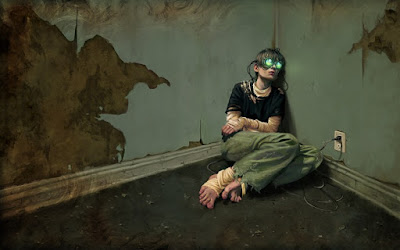 Let's not get into that left-out feeling, which I am sure only I experience (wink-wink, irony-irony), making me feel like an awkward thirteen-year-old girl. I tried to express some of that in a Facebook post: "friends" (meaning people they've never met who are potentially valuable business contacts) speaking to each other in a kind of impenetrable code that is designed to make others feel left out.

What I got was two responses (as opposed to the few hundred sympathetic replies an "important" person would get), both from people who occasionally comment on my posts. One sent me a link which purported to tell me how to be more popular on Facebook so that my posts would reach more people. 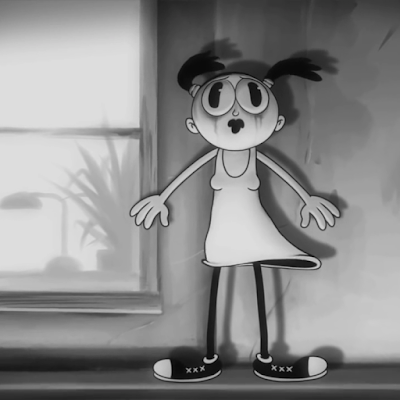 This wasn't what I was talking about. At all. I was talking about sensitivity to others, at least an attempt at inclusiveness in a very public medium, and not getting so much obvious pleasure from exclusivity. What she gave me was help for somebody who (she felt) obviously needed it, in order to step into line with the in-crowd. To change myself in order to join the popularity mill, instead of trying to change the system.

The other comment in essence said, "Well, I don't have that problem. I have lots of friends and I don't think anybody ever speaks in code. It never occurred to me to feel left out."

In other words, it's just you. Fine. Her opinion! But that doesn't answer the question: why do you think it's just me? 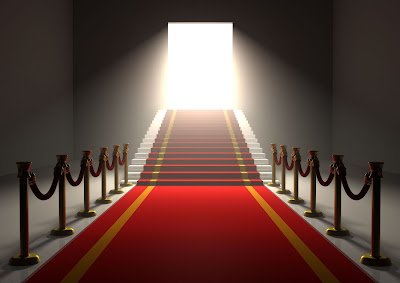 I'm an uneasy fit with all this social media stuff and would bail, if I didn't want to at least try to stay connected with the literary world. But high school dynamics continue unto death, I guess. My three novels failed, not because they were shitty quality but because they failed to be "popular", which means moving copies. No one talks about this, and if I try to get a discussion going about it, everyone looks away. They're embarrassed for me, somehow, and don't want to get caught up in it. It is the most entrenched, unspoken taboo in the writing field. 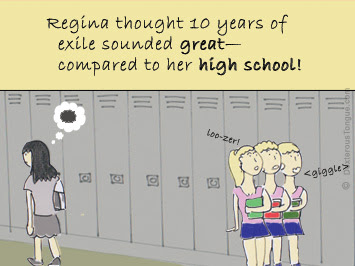 But it's true! To be an author (as opposed to a writer), you have to be read. How else can it be defined? Why is that so unreasonable, so crass? To be read, you have to sell copies, but if you even say this out loud, you're seen as mercenary and an attention whore. But a concert pianist is not expected to play in an empty hall. 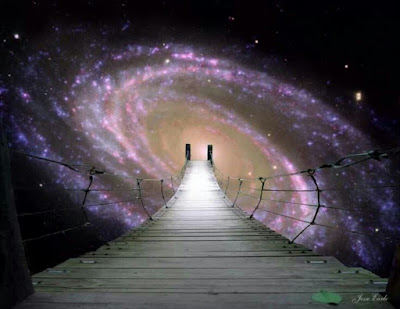 I guess this will be seen as a "rant", but at the same time, a blog is supposed to be a place you can express your feelings. Instead, I will go and do something else, entertain myself, have some fun - which I do, and which is the main purpose of keeping this blog going. After all, no one can steal my creativity, which I believe is intact in spite of everything.  I very seldom look at views, because if I get too much into numbers, it will be over. But my days of writing serious novels or even short stories are over. I have retired from the impossible horse race in which I always seem to bring up the rear.

Posted by Margaret Gunning at 12:02 PM No comments:

The day everything changed

(From Snopes) In the immediate aftermath of the 11 September 2001 terrorist attacks on the Pentagon and New York’s World Trade Center, all sorts of visual media (e.g., films, television programs, print advertisements) were hurriedly scrubbed of depictions of the now-obliterated World Trade Center towers, or of any other images that included (or even suggested) airplanes in close proximity to skyscraper-like buildings. (A prime example of this phenomenon was a 2002 Starbucks advertisement which the company withdrew due to controversy that its imagery of a dragonfly’s buzzing about two large Tazo Citrus drinks, under the slogan “Collapse Into Cool,” was too reminiscent of the 9/11 attacks.) 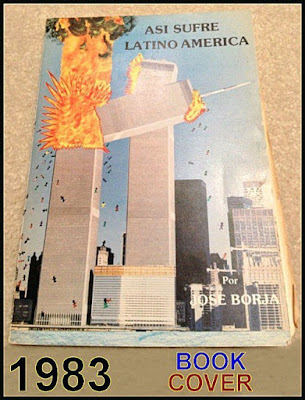 As well, visual media were scoured for images antedating the 9/11 attacks which depicted airplanes, explosions, or fires in conjunction with the World Trade Center towers, with the results being described as everything from frighteningly accurate prophecies to merely interesting coincidences (as exemplified in the pre-9/11 designs of a couple of album covers). 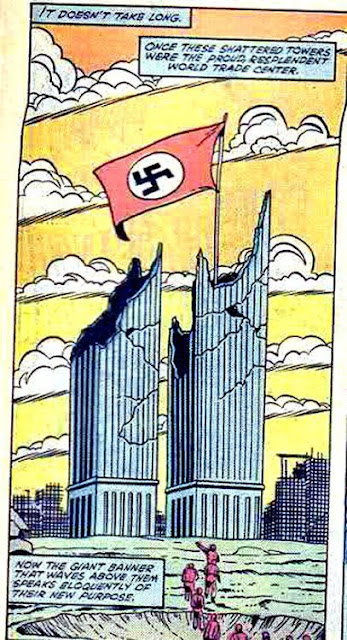 Among the latter category of images, perhaps no commercial image was more eerie than the one displayed above, purportedly a French-language print advertisement for Pakistan International Airlines promoting flights between Paris and New York. The ad’s stark black-and-white imagery depicting the large shadow of an approaching airliner spread across the two World Trade Center towers is so suggestive of the terrible events of 11 September that many viewers have assumed it to be a post-9/11 fabrication (especially given the connection that Pakistan was identified as the suspected hiding place of Osama bin Laden). In fact, PIA had been promoting its New York/Paris and New York/London routes in print media at least as far back as 1972 (as shown in a New York magazine advertisement from that year), and the graphic displayed above is indeed a PIA advertisement which has been verified as appearing in (among other publications) the French periodicals L’Expansion and the 19 March 1979 issue of the Le Point.

BLOGSERVATIONS. Ahhh! Ahk. Oh. This made me feel a bit faint. It was eerie in the extreme, especially when I found out it was real. Just a coincidence, of course - an image that wouldn't mean anything in 1979 except jetsetting and the glamour of international travel. Or - ? That shadowy figure still scares the hell out of me.

Everyone has their own 9-11 nightmare, and mine is a recurrent vision of what it would be like on one of those planes just before it hit. How much would people know? How much would they see? Berry Berenson, wife of Anthony Perkins, was on one of them. Her last moments must have been terror and confusion. Audio exists of the plane that was wrested away from the terrorists, the one that was supposed to crash into the White House. One can hear them praising Allah in the background as doom approaches. How doomed is the human race, how self-hating, how idiotic! And now a whole culture has grown up to deny the whole thing. Yes, and the walrus was Paul. Or something.