Posted by Margaret Gunning at 2:53 PM No comments: 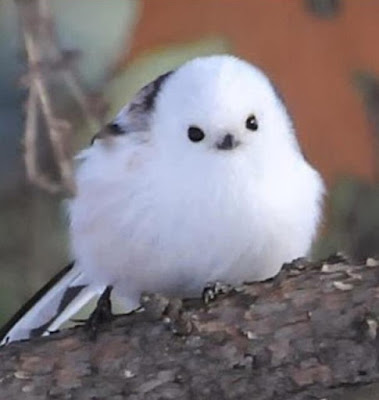 This Is The Korean Crow-Tit - The World's Cutest Bird!

This little birdy is a Korean crow-tit and it looks like a fluffy cotton ball with tiny wings.

It's a little poof ball!

LOOK AT ITS TINY WINGS! 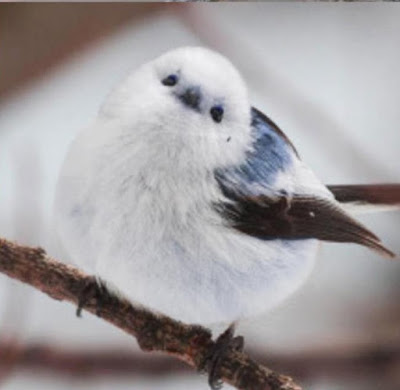 The above rhapsody is from a site called Sunny Skyz, which posts mostly, I believe, sunny, funny, adorable things, which these bird pictures definitely are.

I looked up the fluffball birdie elsewhere, and it appeared on a few other bouncy, flouncy, good-news sites, along with (groannn, inevitably) Pinterest. 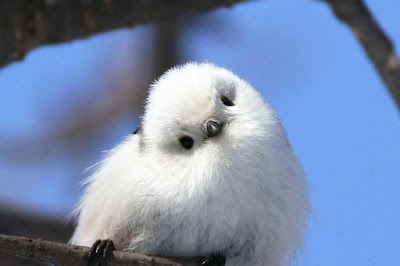 I quickly became enamored of this poofball, compared (on one page) with "something a little kid would make out of a cotton ball". I even made a little animation with it (somewhere below).

But then I began to have my doubts.

I began to have my doubts when I looked for information about this bird, and hit a complete and total dead end. 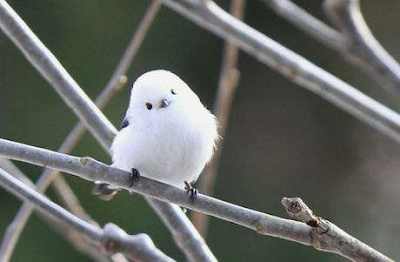 Wikipedia, which has entries on just about every species of bird, bee, animal and plant, had nothing at all on it, in spite of a massive entry on Korean bird species that ran into the hundreds.

It got worse. My beloved Cornell Laboratory of Ornithology (which I refer to almost daily now that I have become a Bird Nerd) had nothing on it either. Tits, yes! There are many kinds of tits, and I have heard all the jokes. But no Korean crow-tit.

I had a growing suspicion, one I've had many times before. Somebody was having me on. 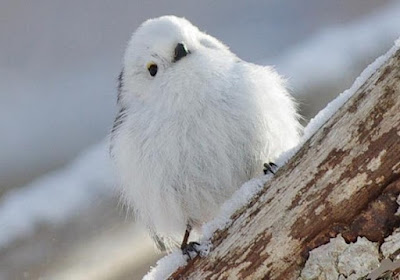 After googling around fruitlessly and only finding endless replications of the cute little fluff-balls, with no information about them at all, I came across a startling entry from a site, supposedly about some sort of Korean "boy band" called BTS. Once I read it, I was more confused than ever:

Now the video I linked says, "They call me a try-hard", but I think it's more accurate to leave the word 'baepsae', or 'crow-tit'. This hinges on the fact that this song utilizes a well-known phrase in Korea: "If a crow-tit walks like a stork, it will tear its legs". A crow-tit is a bird with a small stride because it has short legs, and when we compare this with a stork who has much taller legs, we see that the stork would easily be able to travel farther with less effort.

The song itself mentions the stork and the crow-tit multiple times, the "crow-tits" being the generation from which BTS members come, whereas the "storks" are the generation prior. The stork generation is comprised of parents, teachers, employees- people the younger generation is meant to be able to look up to and to learn from.

So somebody probably extracted the name from that song and, as a gag, attached it to pictures of a very cute bird which nobody can readily identify. How many people know about the old Korean legend of the crow-tit, and how it might tear its little legs if it walks like a stork? Fans of BTS, perhaps, though this strikes me as more like B. S.

My question is, how many people accepted this fluffy little hoax without question? Quite a few, it seems. The white birdie has been around since some time last year, and I haven't seen it challenged (until now!). 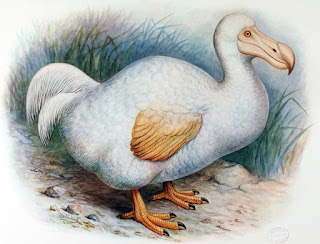 BLOGGER'S P. S. I just emailed the Cornell Laboratory of Ornithology, which has never failed me yet in providing information about all things bird. That's what I love about them. There is always a human being there, and one that loves and knows about birds. Usually they get back to you post-haste.

So if and when I get an answer about the real identity of this tiny little poofball, I'll update you immediately. Myself, I can hardly wait!