This quote is the kind-of-a-thing that makes writers wanna give up forever. It's the feverish vision of a strange sort of man, half Byron, half Donald Duck (and half Betty Boop, probably, though we don't know where that half is stashed).

I was trying to find the whole quote, because I know it goes on and on. So I found my punky-smelling, beige-paged copy of Tom Robbins' classic Another Roadside Attraction, and began to dig. After getting lost in the story a few times, I gave up, but I did find this:

The afternoon sky looked like a brain. Moist Gray. Convoluted. A mad-scientist breeze probed at the brain, causing it to bob and quiver as if it were immersed in a tank of strange liquids. The Skagit Valley was the residue at the bottom of the tank. Toward dusk, the wind flagged, the big brain stiffened (mad doctor's experiment a failure), and ragged ribbons of Chinese mist unfurled in the valley. The blaring cries of. . . 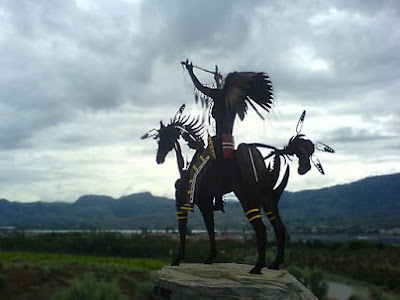 This reminds me of nothing more than Bob Dylan's A Hard Rain's a-gonna Fall: I'll tell it and think it and speak it and breathe it/And reflect from the mountain so all souls can see it. And I'll stand on the ocean until I start sinking/But I'll know my song well before I start singing.

Why? Why all this? If you follow this strange, incoherent blog-about-nothing, you'll know about the cedar boughs outside my office window. They are vanes, omens, semaphores. They hang in three-dimensional layers, a sweet intimate bough that sweeps on my left side, a less-visible perpendicular wodge of green that doesn't want to talk to me, and behind all that, a backdrop of bush that just goes on and on. 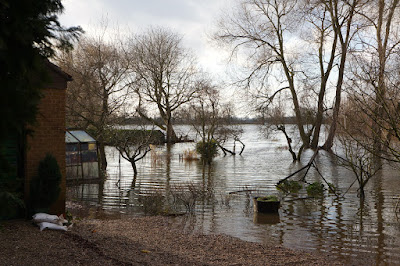 We live in suburbia, but at night comes the trilling and squealing of shabby-looking pack animals, the kind that search around for garbage in the night. At first I thought I was going crazy with the sound. My husband, half-deef, couldn't even hear it. It was only much later that I found out what they were.

Anyway, this isn't about that.

Rain sweeps and drones in Vancouver, a close enough cousin to Skagit Valley to pass one of those primordial DNA tests (if only by a whisker). Yes. We have this too:

Moisture gleamed on the beak of the Raven. Ancient shamans, rained from their homes in dead tree trunks, clacked their clamshell teeth in the drowned doorways of forests. Rain hissed on the Freeway. It hissed at the prows of fishing boats. It ate the old warpaths, spilled the huckleberries, ran in the ditches. Soaking. Spreading. Penetrating. 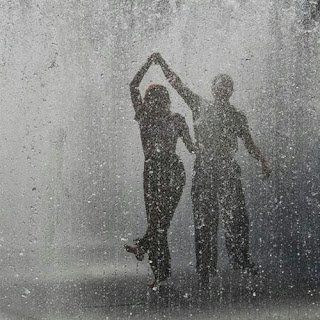 Pitiless, endless, suicidal, the rain takes up residence for some eight months of the year. No, twelve. Let's quit lying about this so we can go on living. As in northern Alberta, where I lived for many years, it can rain just like it can snow, any old time. In the middle of a grand day. It can split the merry blue sky like a railroad spike.

I like a storm. I love a storm when I am not in it. We don't get good hail around here (hail merry!), but in Alberta, once in a while a big satchelful of temporary diamonds would be dumped on the ground, and the air would hiss with ozone. The roof would thunder and dents would appear on the hoods of cars. Then a gleaming bounty lay on the ground, sublimating in sinuous vapors. Soon it'd just be that rice-paddy mush that's left over from a violent hunderstorm.

Here it's more temperate. Just a continuous pissing down on your dreams, a Monty Python foot crushing all ambition and hope.

I just realized something. Shakespeare bombed. He said something like, "Shall I compare thee to a summer's day?", then goes on blathering about "the darling buds of May". Doesn't the idjit know when summer starts? There's a meteorologist on CTV news who knows better than that. And he's not the most celebrated writer who ever lived.

What's my point? Jesus! it's wet, and grey, and discouraging out there. I won't tell you what I've been going through with my work lately. It's the best of times, and the worst of times. Something spectacular might happen, but at the same time, it might be the end of everything.

Or, as usual, I will just be left hanging and face the same indifference, the averted face and cold shoulder, that my mother presented to me when I was born.

The opposite of love isn't hate. It's indifference.

The universe doesn't care. It's indifferent. But why do people have to be?

And what about my mother? My mother. 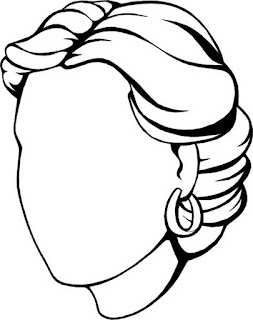