I don't believe in dwelling on the past, even though I do. I can't help but notice that when I go on the "did you grow up in Chatham, Ontario?" Facebook page, everyone remembers everyone in my family . . . except me.

I guess I was a cipher. I was invisible. Could I walk through walls? I don't remember.

I remember being alive - it seems I do, but do you know something? My mother left me out of her obituary. I was the only one not named, and it was not an oversight. I was left out deliberately. Some members of my current family were kind of upset that she had lopped off a daughter as casually as docking a dog's tail. Imagine un-happening your own child like that, pretending that she had never been. What kind of heart. . . or lack of it?. . . would be responsible for that? 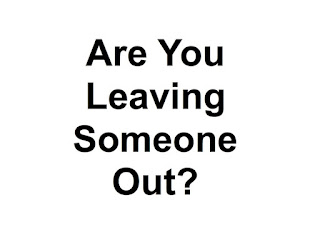 I can't help but feel that there is NOTHING my children could do that would make me do that to them, cut them out so meanly, so shockingly. They could be axe-murderers. They could axe-murder their father. Still they would be my children, my own, unto death, and I would name them, include them. Acknowledge that they existed, that I gave birth to them and raised them, and that they were loved.

Since I thought of this song - we used to sing it "Cha-tham, Cha-tham, Chatham-Chatham-jing-jing-jing", I thought I'd post a few of the nicer pictures that surfaced during this strange memory-purge.

I don't know why I'd even want to go back, when my mother did her level best to erase me. But maybe it's because she didn't. Hell, people get upset at being cut out of the WILL. But I've never before heard of this, pretending a child was never born, as I so often wished I hadn't been. I was one of those kids who always knew she was an accident, and I suppose this was her way of correcting it (at last!).

But here they are, the pictures, with no explanation at all. 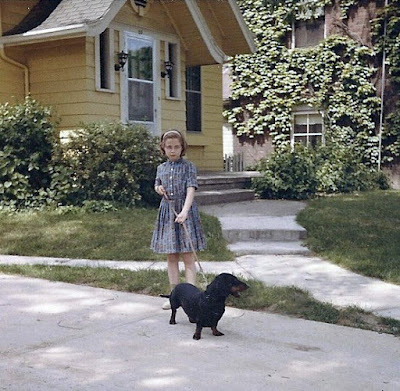 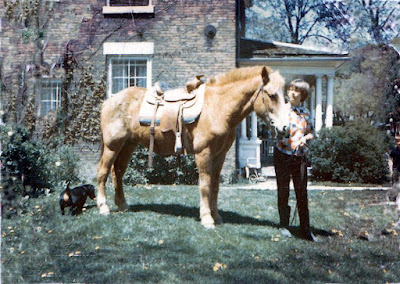 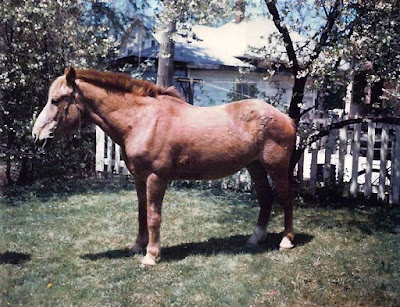 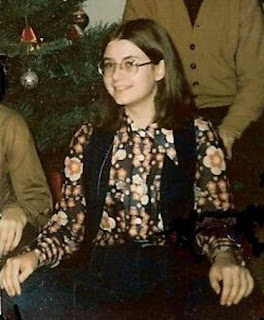 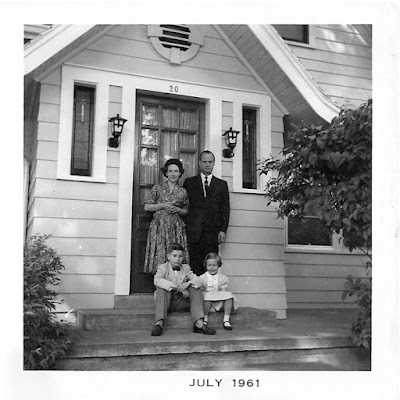 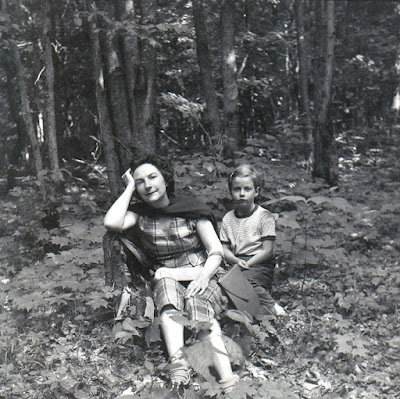 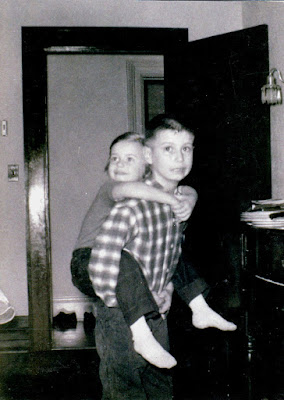 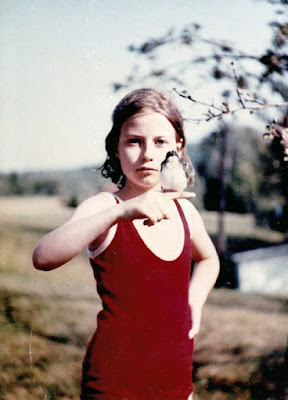 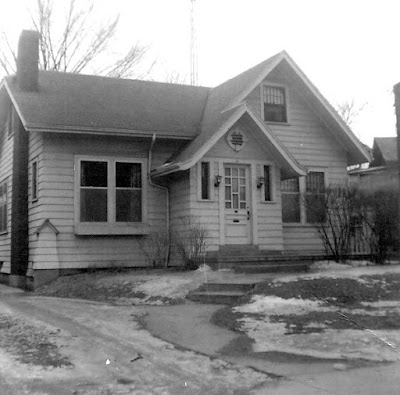 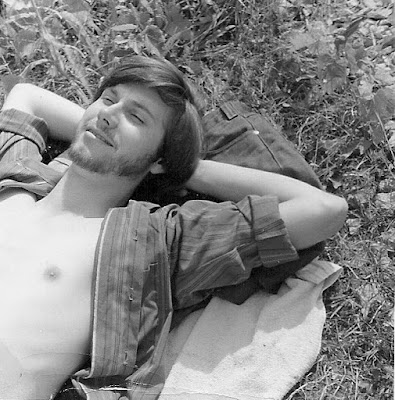 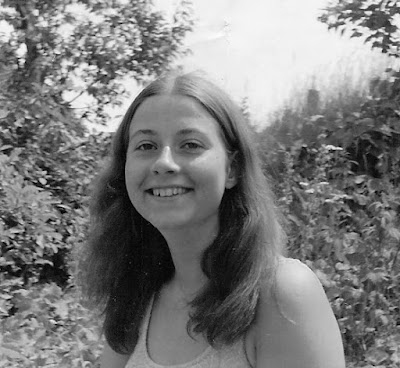 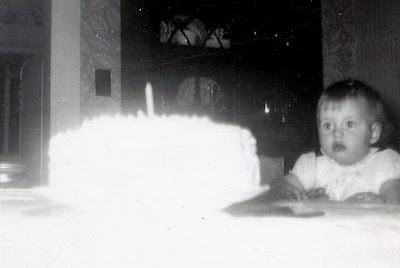 Posted by Margaret Gunning at 1:15 PM No comments:

Sometimes I get into these FITS where I must make something. Just. . . something, and because I don't draw or paint or sing any more, or any of that, I make gifs.

I got thinking about Detroit (because of that wretched Born in Chatham Facebook page I have disappeared into), and girl groups in the 1960s. Though I wasn't a huge fan at the time, I was aware of the Shangri-Las, mostly from The Leader of the Pack ("Where'd you meet  him?" "I met him at the candy store. . . "). This was the ultimate tough-girl group, and with those little gossipy conversations within their song lyrics, it was all very rough and real.

Remember (Walkin' in the Sand) wasn't my favorite Shangri-Las song, not by half. I was grabbed by a lesser-known one called I Can Never Go Home Any More, about a runaway girl whose mother is taken away by the angels. But this one, this seagull one that's really kind of sappy, earwormed me today, and I HAD to do something to exorcise it.

I hate cheesy photo montages like death, but I did one, mainly because this song seemed to call for it. The group lasted but a short time, had a few monster hits that I don't feel like looking up, and kept getting back together for concerts (and for all I know they're still doing it). One of the girls was pretty; the other two were not. It just worked, somehow. They were only about 16 years old, and that kind of fame, so fast, has a false bottom in it.

But enough about that. I tried to co-ordinate my cheesy beach images and Shangri-La photos with the music, so that the "remember" part with the seagulls will have the same beat to it as the slide show.

It gave me something to do on kind of a crap day. I just felt like crap, and slept for two hours this afternoon. But enough about me.

The Shangri-Las' "tough girls" persona set them apart from other girl groups. Having grown up in a rough neighborhood of Queens, New York, they were less demure than their contemporaries. Rumors about supposed escapades have since become legend, for example the story that Mary Weiss attracted the attention of the FBI for transporting a firearm across state lines. In her defense, she said someone tried to break into her hotel room one night and for protection she bought a pistol.

Whatever truth these stories may have, they were believed by fans in the 1960s, and they helped cement the group's bad-girl reputation. According to Weiss, that persona helped fend off advances from musicians on tours.

The Shangri-Las continued to chart with fairly successful U.S. hit records, specializing in adolescent themes such as alienation, loneliness, abandonment and death. Singles included "Give Him a Great Big Kiss", "Out in the Streets", "Give Us Your Blessings", the top ten hit "I Can Never Go Home Anymore", "Long Live Our Love" (a rare example of a song dedicated to the men at the time fighting overseas in Vietnam), "He Cried" and the spoken-word "Past, Present and Future", featuring music from Beethoven's "Moonlight Sonata". Noteworthy B-sides included "Heaven Only Knows", "The Train from Kansas City", "Dressed in Black" and "Paradise" (written by Harry Nilsson).

Among titles in critics' favorites lists is "I Can Never Go Home Anymore", the story of a girl who leaves home for a boy; her pride keeps her from returning to her mother who "grew so lonely in the end/the angels picked her for their friend". Lines from "Give Him a Great Big Kiss" include "When I say I'm in love, you best believe I'm in love, L-U-V", and "Well I hear he's bad." "Hmm, he's good-bad, but he's not evil." "Past, Present and Future" has been said to be about rape, something Weiss disagrees with. She has said it is about "teenage angst," heartbreak and "being hurt and angsty and not wanting anyone near you."


I know the feeling.