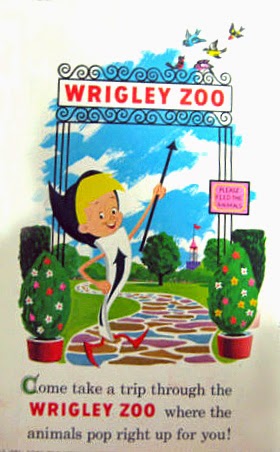 Clap hands, one, two
Let's take a trip to the Wrigley Zoo
Chitter, chatter, yakety-yak
When you talk to the animals they talk back.

We'll talk to Bobby Bear today,
Let's hear what Bobby has to say:
If you ask me there's nothing wrong
With eating honey all day long
But that's not how my mother feels
She says I must eat healthy meals.
And for a treat, she gives me some
Delicious Wrigley Spearmint gum
It helps to keep teeth clean and bright
And never spoils my appetite.

I found this on one of those message boards, the kind with a lot of pointless stuff on it. It's not the first time I've seen it, but it's the first time in 50-some years. I love old TV ads, watch them on YouTube all the time, even buy DVD sets of them that my granddaughter Caitlin avidly watches with me. I had this buried memory - repressed memory or something, except it wasn't quite repressed. It was about a series of television ads from the early '60s for Wrigley's gum, and it featured the "Wrigley Zoo", with several different animals featured. For literally years I couldn't find out anything about this. I mean, there was nothing. In near-despair, I went on YouTube and asked about it in the comments, and a number of people said, "Yes, oh yes, I DO remember that ad! Whatever happened to it?" So I knew I wasn't completely crazy. But there's no trace of these ads on YouTube anywhere, though I do hold out hope. 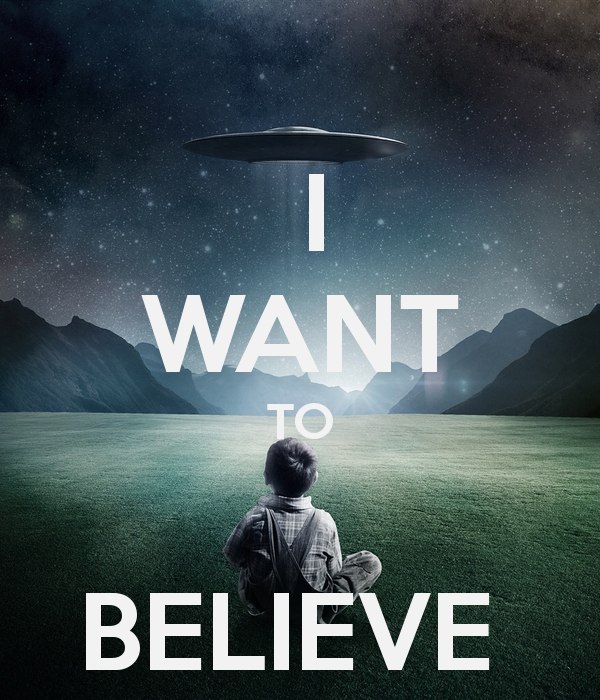 Someone remembers this lyric, God knows who, so the rest of it must be out there somewhere.

I'm working up to something here (so "bear" with me).  Of the many strange things I discovered while searching/researching Harold Lloyd's life for my novel The Glass Character, this was the strangest. It was a site, a very plain one with no identifying marks on it, old-fashioned and rather primitive in setup, a brown-paper Blogger site like mine. The title of it was Psychic Bridging, and it was mighty strange stuff. Now I wish I had copied and pasted it and kept it somewhere, because my memories are so strange I don't know if I can trust them. It was all about a form of time travel where you don't even leave your armchair: like remote viewing, you can stay in the here and now, yet see things from the past and the future. How? Hell if I know.

The guy who wrote all this was named Paul Simon - "not Paul Simon," he assured us, "Paul SIMON." That name led me to a YouTube video he made, so poorly lit and shot that it was hard to understand. Also very long and monotonous.
The site was extremely garbled. It talked about spirits being trapped in cell phones and other electronic devices, a theory I have never heard before or since. But it mentioned Harold. It mentioned Harold as being somehow involved in psychic bridging, which I gather was being used experimentally by the government during the Cold War. Or whatever.

This is beginning to sound like an episode of Weird or What?, but I'll continue. I remember fragments only - this was six or seven years ago, and the web site soon vanished without a trace. I can't even google psychic bridging now because NOTHING comes up. Google toothpaste sandwich or goldfish tennis shoes, and you will likely get something, but not this. As I said, it mentioned Harold. It said that "the actor Harold Lloyd became self-detached while filming in the 1940s and had to be hospitalized." This was as weird as the haunted cell phones. Self-detached?

Strange to say, Harold WAS filming then, the last movie he ever made, a flop called The Sin of Harold Diddlebock. Preston Sturges, egged on by Howard Hughes, had convinced him to come out of retirement to make one more film, but it was a sad end to a brilliant career.

I'd brush the whole thing off as the rantings of a nut, except. Except that Harold was fascinated with the arcane, had a tremendously powerful mind, loved his country and would have done anything to serve it, and had the curiosity of a child genius. Through his deep involvement in freemasonry, which is now thought of as some sort of Satanic conspiracy deal rather than just a dull men's club, he could have found out about this stuff, or even been approached. It is not that far-fetched when you look at some of the experimentation that went on in that era, behaviour modification, LSD, sleep deprivation, psychological torture, etc. And probably worse.

Was Harold involved in this weird shit? He was involved with Howard Hughes, though not happily.  AND William Randolph Hearst, though to survive in Hollywood back then you didn't have much choice. I just don't want to rule it out, though as with the Wrigley Zoo, I have no proof. The site is gone, and that video - I just tried to look it up, and it looks like it has vanished too.

Post-whatever. As usual, I did find more. Strangely, a record still exists with five commercials from the Wrigley Zoo series (so it really did happen!). We have audio, but I don't know what happened to the video - confiscated by the CIA, perhaps? 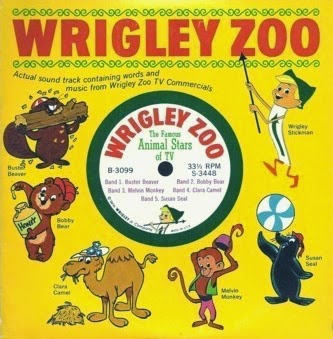 Share on twitterMore Sharing ServicWRIGLEY ZOO Soundtrack
WRIGLEY ZOO SOUNDTRACK
Words and Music from Wrigley Zoo TV Commercials
(Wrigley B-3099)
Rare original 1960's one-sided compact 7" 33rpm record, featuring five vintage "Wrigley Zoo" TV spots. Includes the commercials for Buster Beaver, Bobby Bear (not to be confused with the country singer), Melvin Monkey, Clara Camel and Susan Seal. "Clap hands, one-two / Let's take a trip to the Wrigley Zoo / Chitter-chatter, yakety-yak / When you talk to the animals, they talk back".
Record is VG++, plays very cleanly and sounds great. Labels are near mint. Cardboard stock picture sleeve is VG++. Scarce collectible in top condition.
Winning bidder pays shipping costs as follows:
US rates for one 7" record are $2.95 for first class or media mail, or $5.95 for priority mail. You may combine multiple items to save costs -- shipping is only 50 cents per each additional 7" record. For more than 8 records shipped together, media mail replaces first class.
Airmail shipping to Canada is $2.95 for the first 7" record and $1.00 for each additional.
International airmail shipping (other than Canada) is $4.95 for the first 7" record and $1.50 for each additional. Rates for multi-record sets or EP's with heavy cardboard covers may be slightly higher. Please note: unfortunately, due to rampant mail fraud and unreceived items, I DO NOT ship to Italy or South America. All records are securely packed with extra cardboard stiffeners for extra protection. If you use PayPal for multiple items, please make a single payment for all auctions combined. Otherwise, combined shipping rates will not apply. Please check out my other auctions or For a large selection of additional CD's at bargain prices, please visit my partner mousewink's eBay auctions. 04.04.004

And as a bonus, I found some info on a series of pop-ups - books or cards or something (? - not clear exactly what they were, except they popped up). There are a few photos of them, for sale on eBay and the like. 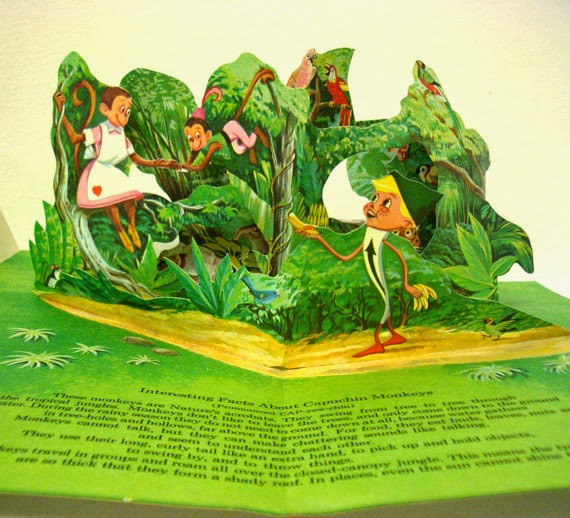 Attached to one of these sites was a stanza about Melvin Monkey, whom I don't remember very well. Were these ads censored for some reason? Ye gods.
Clap hands, one, two,
Let’s take a trip to the Wrigley zoo,
Chitter chatter, yakety yak.
When you talk to the animals they talk back.

We’ll talk to Melvin Monkey today,
let’s hear what Melvin has to say:

“My mummy says I should realize
That monkeys all need exercise,
But teeth need exercising too
And my mum makes it fun to do,
For when I swing she gives me some
Delicious WRIGLEY’s SPEARMINT GUM
It helps to keep teeth clean and bright
And never spoils my appetite.
My mum’s my favourite swinging chum,
We both like Wrigley’s spearmint gum. “ 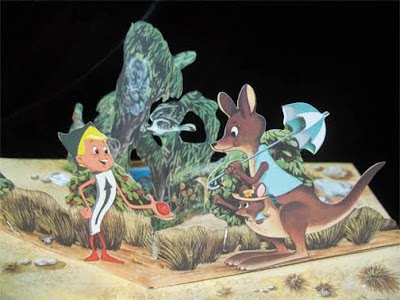 Posted by Margaret Gunning at 6:40 PM No comments:

I could, can, and do watch old commercials by the hour. Some of them I actually remember - in fact, the 1950s ones are probably among my first memories of being alive on this earth. From the very start, I was a vid kid.

There was an obsession then with giving products intimidating-sounding names that gave you a sense of control, or, at least, stopping something. Thus, the early deodorant product Stopette (a name which somehow wouldn't fly today), a shampoo with the bizarre name Subdue, Enden ("dandruff problems are ended by Enden, ended by Enden"), and, of course, Tame.

I don't know if any of these products are still around today. I looked for more with similar control-obsessed names, but they all had to do with hair, and I was sick of the image of hair being stiffly shaken to show how "natural-looking" it is (even in the later, '60s Tame ad with its Marlo Thomas 'do).

Note the forbidding-looking X on the Enden jar. This stuff means business. It doesn't just treat, it annihilates. That woman could kill you with one swing of the head.

Having become sick of hair and its regimentation, I branched out into other products.  There was Allerest, of course, with its aggressive police-force vibe; and Compoz, some sort of bromide-based tranquillizer along the lines of Miles Nervine. It brought to mind the classic "Mother, please!" Anacin commercial, with its famous line, "Control yourself! Sure, you have a headache". I FINALLY found a video of this ad after more than a decade of frustration. This is the best version I could come up with.

Not the best, with its black borders, but sometimes that's all you have to work with. Even my own mother, who was in many ways the archetypal '50s housewife, thought this ad was absurd, even parodying it as she stirred the tapioca pudding.

But I don't suppose anyone realized just how disturbing this Anacin commercial is, with the woman's mental health fraying into a thread due to the shenanigans of her naughty kids, This causes her to automatically reach for the "solution": a chill pill. The ominous throbbing zoom-in, the red screen and fraying rope seem to indicate she's near the snapping point, whatever that means (butcher knife, anyone?) Reaching for a pill instead of dealing with domestic problems was something encouraged by doctors, who often prescribed a lot stronger stuff than Anacin.

But this is the really creepy part. The threads resolve themselves back into the kind of rope that would be sturdy enough to hang yourself with. I wonder if the advertisers even thought of that. At the very least, a rope is something you use to tie things up/down (such as yourself - or maybe the kids?). The bland unfocussed look on the woman's face indicates that she has likely washed down her Anacin pill with several martinis.

POST-NOTE. The first two gifs have two women in them, or one woman duplicated side-by-side, for reasons I still can't figure out. In fact, this post was originally going to feature ads with duplicate women, but I couldn't find any more. The Doublemint Twins just wouldn't do.