Last words and shrieks from the grave: recordings that give me the Christly creeps

I wasn't going to add any text to these - they're largely self-explanatory, but just looking at them, let alone listening to them, is so distressing that I have to say something, in the nature of whistling in the dark.

This first one is a distillation of sound recordings from a site called, I think, planecrashes.com. These are the best, or should I say, the worst of them. I don't know why my mind is so dark, but I must not be the only one or there wouldn't be so many of these things online. I don't know of a person who hasn't at least thought about what it would be like to be in a crash. But to be responsible for all those people. . . The most disturbing aspect, aside from the screams and that sickening crunching noise, is the "whoop, whoop, PULL UP! Whoop, whoop, PULL UP!" alarm that comes on - too late for most of them, as it turns out.

Oh Jesus, God and Mother Macree, whoever she is. These are weird things, an experiment that failed. In 1888 Thomas Edison decided to capitolize on the success of his newly-invented phonograph by implanting a tiny little phonograph in the belly of a horrible doll. And it said horrible things in a horrible voice, but only for a short time - because they all broke. Very quickly. And all the customers wanted their money back. But we still have these hideous recordings, which I assume are original.

I can't really explain or describe the doomsday feeling I get from this recording. It makes no sense - it's just sounds, isn't it? I even know what the original sound was. I remember dial-up (which now seems like the lamest thing ever invented - because it was! You couldn't be on the phone and the computer at the same time.) All these vastly slowed-down recordings are very, very strange. When we think of a recording being slowed down, we think of it getting lower and lower, but it doesn't. It's just endlessly elongated. It takes up more time. And this is like something from Armageddon, the Last Judgement, the trumps of doom. I think it's partly the fact that I do know what the sound is, but it's changed, changed utterly. For some reason I made myself listen to this again last night and had the same queasy, sick dread. It doesn't get better with successive replayings. In fact, it gets worse.

The Volta Labs experimental recordings were another Edison thing. Just a bunch of guys fooling around with very primitive sound equipment. Volta Labs reminds me of mad scientists with frizzy hair, Gene Wilder in Young Frankenstein, Clyde Crashcup, and that sort of thing, though the comic connection doesn't mitigate the creepiness of the recordings. On one of them, someone appears to say "fuck!", but I didn't include that one. This one is just creepier. It also interests me how much the first recorded discs looked like ugly grey pancakes.


And this - this I do not even need to explain. This carved its way into my child psyche during the Cold War, when that awful endless shrill beeeeeeeeeeeep seemed, to me, even worse than the dreaded Bomb.

For a while, the experimental talking clock from 1880 was regarded as "the first recording", but it isn't any more. It was recorded on a cylinder made of lead, incredibly, and it sounds like it. It has its own screechy-whoopy-creepy aspects, and you CAN hear counting in it, though it's hard to make out. Did anyone really listen to this thing? I doubt it ever made the Top 40, and I have no idea where the original resides today.

Anyone who knows anything about the advent of sound recording knows about the Phonautograph. This French guy who had a name a mile long (de Martinville, I think - unless Martinville was where he lived) just wanted to see what sound waves would look like when traced with a stylus on a moving glass globe. That's all. There was no thought of playing them back. When I first found out that they had found his stylus tracings on some black paper, read them with a laser and actually dragged some "music" out of it, I disbelieved it immediately. It was an obvious hoax.

Back in the mid-'90s, someone tried to pass off a supposed recording of Chopin playing the Minute Waltz which they claimed had been recorded on a similar device. Sadly, it was a fraud. I couldn't even find anything on the internet about this, and still can't, even though I heard the damn thing on the radio. I remember the CBC Radio announcer dismissed it as "a musical Piltdown Man". I'm not sure how I know this, but it turned out to be a CD enclosed with a European classical music magazine which was published on April 1. The catalogue number was something like 425679HAHAHA.

But this ghostly Au Clair de la Lune thing has stood up to scrutiny. At least, no one has stepped forward to admit guilt over it, so it must be real. Some of the air has gone out of it, however.  I note now that when I go on Firstsounds.org, the web site that originally broke the news to the world, it hasn't been updated in a very long time. It just looks like an ugly and very out-of-date web page, even worse than mine in fact. It's sort of a pre-Blogspot thing - whew, what an eyesore!

When all this first came out, there was a great deal of boasting and braggadocio by the researchers, who had been catapulted to fame by a few pieces of sooty black paper. Now I notice a certain nothing. I guess they haven't found anything new. The few seconds of blurby, garbly "singing" isn't so exciting any more, no matter how much they slice and dice it, play it back at different speeds and with different effects, filters, etc. Hey, you can make an armodillo sound like Pavarotti these days. Another tiny sound snippet isn't even a human voice, but a trumpet that sounds like it's underwater. And a lot of it just reminds me of somebody blowing his nose.

Now this is worse. Far worse. I dug this up a very long time ago, when I somehow stumbled upon the idea that ancient clay pots were natural recording devices. If a rotating glass globe with a stylus stuck on it could record vibrations/waves/actual sounds that could be played back in a few hundred years, why then - why couldn't a rapidly-revolving wet clay pot with a sharp thing stuck into it record all sorts of shit as it rotated merrily away? But only if some guy with a laser came along to winkle the sound back out again.


Meanwhile, this is terrifying.

I tried to get hold of the guy who did this a couple of years ago. His "channel" has two things on it: this video, and a six-second "slide show" depicting one still of this pot. So, hoaxy it is. But still terrifying, for some reason I can't determine.

The Doritos Dilemma: I just can't make my mind up any more! 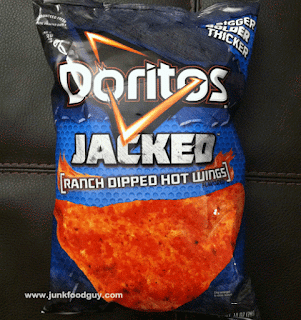 Because let's face it, what we eat is what we shit. And in this-old world, you sure gotta have your shit together.

This is a very small excerpt from a radical anti-cancer site (link to article appears below text).

Doritos are statistically listed as the most popular chips worldwide. They may seem like a harmless snack… but their ingredient list says otherwise.

The second ingredient is commercially processed vegetable oil. Sunflower oil, canola oil, and soy oil undergo a process by which they become oxidative which leads to free radicals that damage the body and increase the risk of cancer − especially breast cancer. 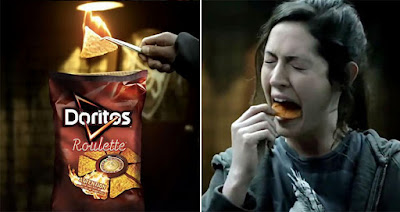 Maltodextrin is a starchy carbohydrate filler that has little taste but breaks down into sugar very quickly in the body. This seemingly harmless ingredient can wreak havoc in cancer patients and diabetics alike.

Among other ingredients (see article for full list), Doritos contain MSG which is a known neurological excitotoxin. Adverse effects include: endocrine disruption (the part of the body that helps digest and metabolize food for energy), migraine headaches, leaky gut, and the inability to focus.

Some snacks are more wholesome than others, but the processing is the biggest culprit for compromising your health. Remember, snacks (and of course meals) made with real, whole foods are best. 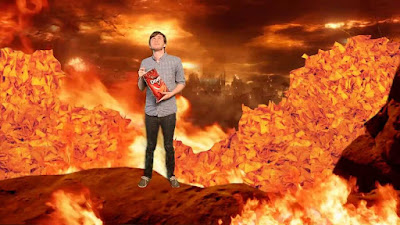 BUT MEANWHILE! I saw this in The Beaverton, one of my favorite news sites, which is now popping up a sort of "warning" before people even enter the site. I guess they fear their readers are taking everything exactly literally, and perhaps this is leading to a lawsuit or two.

I never associated the name with litigation, or litiginous (litigacious?) people quivering with indignation over their unfairly-maligned bag of Doritos. Beaverton is a place in central Ontario where my brother Arthur used to go to music camp every summer. I was never sent to music camp because it was felt I had no talent, plus nobody noticed there was another kid in the house.

VICTORIA – A special report released earlier this week by top Doritos nutritionists has expressed concerns that the average Canadian’s diet is far below the daily recommended zesty-ness threshold.


“It’s really quite shocking – we were not expecting this lack of zesty-ness across the board,” said Dr. Kurt Voortman, Chief Science Officer for Doritos, “Canadians just aren’t experiencing the kind of bold flavours and outrageous taste sensations that they need to lead a healthy, X-Treme life.”

“Not to mention the extremely low level of tangyness in our bodies” Voortman added.

Following the report, the Canada Food Guide announced intentions to revamp the classic food pyramid in order to widen the populaces’ understanding of how important it is to eat more zesty items. Doctors are now encouraged to urge their patients to include at least one “sharp cheddar” item in every meal and add sweet chili heat to things wherever they can.

“But it doesn’t stop with zesty,” Dr. Voortman elaborated, “ask yourself ‘have I had chipotle anything at all today?’, ‘how many flavor crystals does this contain?’, ‘is there a way to make this oatmeal more black pepper jack?’

A mailer providing a chart to assist Canadians in determining whether their ranch is cool enough will be sent out by the end of the year.

Posted by Margaret Gunning at 12:01 PM No comments:

MOM!! We're out of toilet paper again (and other cat meditations) 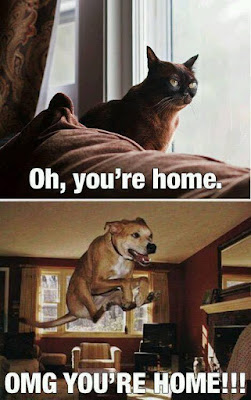 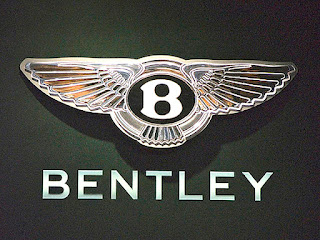