May you stay forever young

I'm not doing this properly at all, because I'm in a hurry and not spending proper time on it. But I just found out William Shatner (one of my Glass Character obsessions) just turned 85. Yes. Eighty-five. THAT.

When you look at poor old Bob Dylan, in photos of him from the '80s and '90s, he looks like 20 miles of bad road. Shatner? I always think he made a deal with the devil, but he must have gotten the best part of the bargain.

When you see him walk confidently onstage now, you think: there's a good-looking man in his 60s, ruddy of complexion, obviously not Botoxed or facelifted like those awful male ruins, Burt Reynolds and Mickey Rourke. That's just him.

Shatner's good-smelling, he makes the list. You can just tell.

Two people I always hoped to meet, and never will: Shatner and Dylan, both of whom made deals with the devil in their own way.

Whether it's genetics, good bones, spirit, will, or a combination, Shatner has come away with the prize: he never seems to age. Like that guy on Star Trek who was all those different famous people. . . and we sadly watched Nimoy shrivel away in the past year, the two of them exactly the same age, and spiritual brothers.

Never mind, got to go now, hate to slap this up but can't finish it now. The last two gifs are from videos taken about ten days ago. Right up to date. Try to believe that man is 85.


Posted by Margaret Gunning at 2:09 PM No comments:

Darkness at the break of noon

Darkness at the break of noon
Shadows even the silver spoon
The handmade blade, the child's balloon
Eclipses both the sun and moon
To understand you know too soon
There is no sense in trying.

Pointed threats, they bluff with scorn
Suicide remarks are torn
From the fools gold mouthpiece
The hollow horn plays wasted words
Proved to warn
That he not busy being born
Is busy dying.

Temptation's page flies out the door
You follow, find yourself at war
Watch waterfalls of pity roar
You feel to moan but unlike before
You discover
That you'd just be
One more person crying.

So don't fear if you hear
A foreign sound to you ear
It's alright, Ma, I'm only sighing.

As some warn victory, some downfall
Private reasons great or small
Can be seen in the eyes of those that call
To make all that should be killed to crawl
While others say don't hate nothing at all
Except hatred.

Disillusioned words like bullets bark
As human gods aim for their marks
Made everything from toy guns that sparks
To flesh-colored Christs that glow in the dark
It's easy to see without looking too far
That not much
Is really sacred.

While preachers preach of evil fates
Teachers teach that knowledge waits
Can lead to hundred-dollar plates
Goodness hides behind its gates
But even the President of the United States
Sometimes must have
To stand naked.

An' though the rules of the road have been lodged
It's only people's games that you got to dodge
And it's alright, Ma, I can make it.

You lose yourself, you reappear
You suddenly find you got nothing to fear
Alone you stand without nobody near
When a trembling distant voice, unclear
Startles your sleeping ears to hear
That somebody thinks
They really found you.

A question in your nerves is lit
Yet you know there is no answer fit to
satisfy
Insure you not to quit
To keep it in your mind and not forget
That it is not he or she or them or it
That you belong to.

Although the masters make the rules
For the wise men and the fools
I got nothing, Ma, to live up to.

For them that must obey authority
That they do not respect in any degree
Who despite their jobs, their destinies
Speak jealously of them that are free
Cultivate their flowers to be
Nothing more than something
They invest in.

While some on principles baptized
To strict party platforms ties
Social clubs in drag disguise
Outsiders they can freely criticize
Tell nothing except who to idolize
And then say God Bless him.

While one who sings with his tongue
on fire
Gargles in the rat race choir
Bent out of shape from society's pliers
Cares not to come up any higher
But rather get you down in the hole
That he's in.

But I mean no harm nor put fault
On anyone that lives in a vault
But it's alright, Ma, if I can't please him.

Old lady judges, watch people in pairs
Limited in sex, they dare
To push fake morals, insult and stare
While money doesn't talk, it swears
Obscenity, who really cares
Propaganda, all is phony.

While them that defend what they
cannot see
With a killer's pride, security
It blows the minds most bitterly
For them that think death's honesty
Won't fall upon them naturally
Life sometimes
Must get lonely.

My eyes collide head-on with stuffed graveyards
False gods, I scuff
At pettiness which plays so rough
Walk upside-down inside handcuffs
Kick my legs to crash it off
Say okay, I have had enough
What else can you show me ?

And if my thought-dreams could been seen
They'd probably put my head in a guillotine
But it's alright, Ma, it's life, and life only.

So What Does The Poem Mean? or - how to macerate a great lyric.

Like everybody, I listened to this as a teenager and said, oh wow. I said, somebody understands me.

Ironically, at this stage in his life anyway, Bob Dylan was far too acidly hip and self-involved to understand anybody, or want to bother. So how did he fish out lines like "he not busy being born is busy dying"? It's one of those statements that sounds as if it's always been there. And at the same time: why didn't anyone think of that before? I get that same feeling listening to Gershwin. Sometimes I think they're the same person, in fact (and I'll try to find the video of Dylan singing "Soon" at a Gershwin tribute. Like every other songwriter breathing on the planet, he more-than-appreciates Gershwin's greatness. Perhaps more than the average dunce-headed non-genius ever could.) 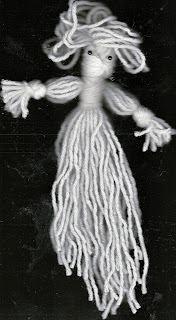 There's an odd sort of parallel with Gershwin, in fact. Dylan is still a songwriter's songwriter, someone more deeply appreciated and envied by other artists than by the general (ignorant, though sometimes too-adoring) public. That means lots and lots of covers, most of them pretty watered-down. They come out about as good-sounding as Dylan's covers of other people's stuff - lousy, in other words.

I can't illustrate this thing, the whole idea is stupid. I have something on my mind, WAY on my mind. A former friend of mine died, or maybe didn't, over the weekend, on Easter Sunday in fact. I got this cryptic message from his partner. They are both named Paul. The Paul who maybe-died, maybe-died on Easter Sunday: had a stroke from which he was not expected to recover. But I still don't really know if he is "dead". 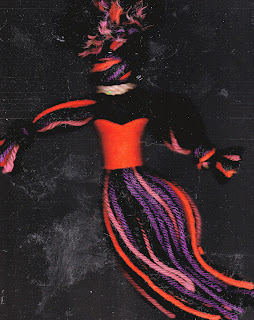 Can't say it was that bad in his church, because I wasn't there, but I do know that whatever psychic ability he had dissolved in self-importance long ago. It turned into his own little fiefdom, rife with adoring blue-haired old ladies being fed whatever he was manufacturing on that particular week.

I know how I am supposed to feel. How I DO feel is confused. I've never in my life put a curse on someone before, but I did, I got my mojo working because of some things, a lot of things, he said and did to me.

How does it happen, how can it come to be, that you can be abused for so many years you don't notice it any more? How much anger accumulates? Is it really possible to curse someone? And this was all over Gershwin, my time-travel writings about him which he at first took very seriously, then mocked, disparaged and even expressed contempt for. He would only be threatened so far by an amateur like me. Ultimately, he accused me of making it all up to impress him.

Years ago he read a tiny sample of a novel I had written and dismissed it as a "zany soap opera". Told me to be very, very careful about sending it to publishers for fear of what they would tell me about it. He did not understand why I broke off the friendship and believed I was being oversensitive. Years and years later he wrote me an apology, saying I had stirred up his issues which caused him to flee in terror. I forgave him, not realizing that what he really said was "look what you made me do". 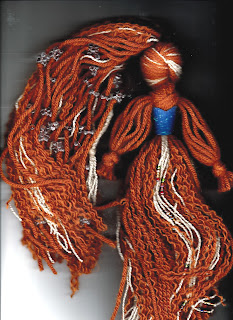 I never expected to write about this, probably shouldn't. Of course you can't put a curse on someone! My Haitian voodoo stage now seems rather laughable, and it sure didn't help my book sales. Those yarn dolls are a hobby, a habit, I make versions of them with my grandkids for fun. The one thumbtacked to my bulletin board with a little noose hanging beside it is just for decoration.

Bob Dylan once gave an interview for 60 Minutes in which he said he had made a deal with the devil. He has an uneasy but obsessive relationship with fame. He needs to be in the public eye, I can see that. But has lost an arm in return.

Like Bilbo Baggins, his life has been stretched out thin by wearing, however briefly, the Ring of Power. Now he cannot die, as perhaps my friend, ex-friend, curseworthy quasi-friend cannot die, or is dead already and hovering around like an oppressive shadow. 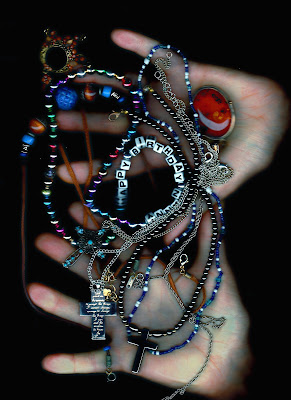 WTM moment (wait-there's-more): I don't know why it takes me so much time to make these connections! I started thinking back to when and where I first met Paul, decades ago. It was in a class he taught at Douglas College called The Anthropology of Religion. This wasn't religion as in hallelujah and God and let's put our bucks in the collection plate. This was in the realm of datura, toad-boiling, poison darts, and fatal curses that literally strike people down in their tracks. It was "primitive" medicine, juju/mojo at its finest, and darkest. Hey, here's where I learned it all, folks! - at the feet of this strange figure who became so alienated from himself, or others, or at least from any sense of humility. It seemed laughable I'd try on any of this myself, and of course we all know it has no effect anyway. Doesn't matter whether I got my mojo working or not. I'm not even sure if the man is dead. 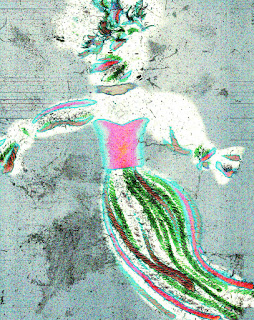 Posted by Margaret Gunning at 12:13 AM No comments: