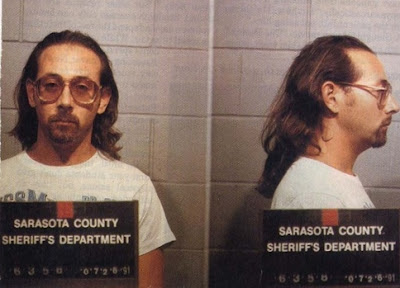 The arrest was widely covered, and both the character Pee-wee and Reubens became the subject of ridicule. CBS stopped airing Playhouse and Disney-MGM Studios suspended from its studio tour a video that showed Pee-wee explaining how voice-over tracks were made and Toys-R-Us removed Pee-wee toys from its stores. However, his voice work in Disney's Star Tours was not replaced.

Despite the negative publicity, many artists who knew Reubens, such as Cyndi Lauper, Annette Funicello, Zsa Zsa Gabor and Valeria Golino, spoke out in his support. Bill Cosby defended Reubens, saying "Whatever (Reubens has) done, this is being blown all out of proportion". Other people who knew Reubens, such as Playhouse's production designer Gary Panter, S. Epatha Merkerson and Big Top Pee-wee director Randal Kleiser, also spoke out against the way Reubens was being treated by the media. 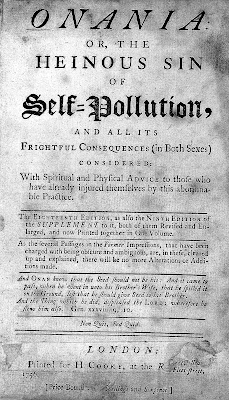 Reubens's fans also organized rallies of support after CBS canceled the scheduled reruns, with several dozens of "Pee-weeites" picketing in Los Angeles, New York and San Francisco.The general public also appeared to sympathize with Reubens – the TV newsmagazine A Current Affair received "tens of thousands" of responses to a Pee-wee telephone survey, with callers supporting Reubens with a 9-to-1 majority. He remained in a state of shock for weeks and was haunted by the arrest for several years, refusing to give interviews or appear on talk shows. - Wikipedia 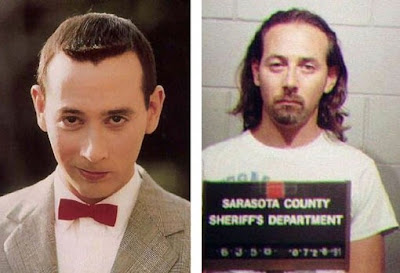 Blogger's blather. I posted this admittedly-weak post because the line about Bill Cosby jumped out at me. It jumped out at me because - no, I can't refer to the pot calling the kettle black. But it's something like that.

When you think about it, though, why do people even GO to adult theatres? For the popcorn? Why do cops hang around adult theatres waiting to make an arrest as soon as they see a guy with his hand on his dick? Why do they bother, when there are assholes like Bill Cosby drugging and raping women for DECADES, and getting away with it? 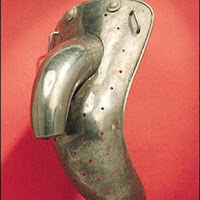 On a similar subject (or maybe not). This is one man's confession of sin before he joined Scientology. Obviously, they're pretty strict about what constitutes perversion. I don't think burning yourself with matches or jabbing yourself in the butt is the sin here. It's - God, I can't even SAY it! NO ONE does that, do they? I mean, EVER. 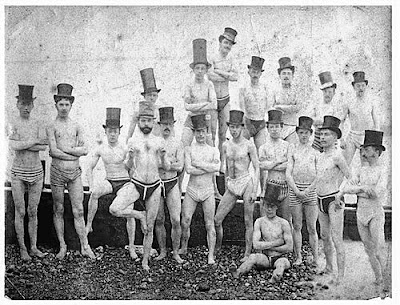 (NOW we know how that guy dislocated his shoulder.)

Posted by Margaret Gunning at 11:26 AM No comments:

My angst, my anger 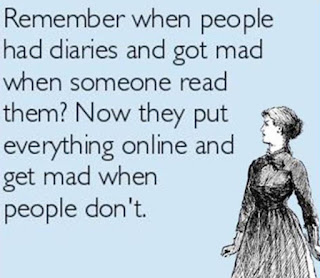 I find it interesting, on this second day of the new year, that THIS is the post that probably drew the most likes on my page (53 and counting, when I normally get zero or one). It's not only just a share of someone else's post, it's highly critical of Facebook and social media mentality/narcissism. People are chiming in to agree with it, with one exception, someone who thinks it's brave of people to bare their souls like that. Hmmmmm. My brilliant Venetian vacation, my lottery win, my literary prize which I am sure I do not deserve, my new profile pic with my hair gauzily streaming in the wind (electric fan), eliciting ooohs and ahhhs, my telling people - oh so modestly - that complete strangers are stopping me in the street just to tell me how beautiful I am. And blah blah blah. Look at this, folks - look! My angst, my anger, my vanity, my conceit. There for all the world to see.

Posted by Margaret Gunning at 10:14 AM No comments: