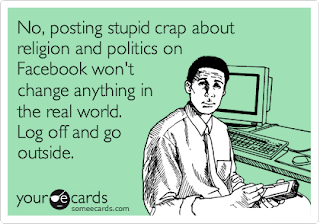 I don't often post journal entries, because I make a distinction between blogging and journalling. But lately I have been more and more sickened and offended by what I see on Facebook. I have no idea what is going on here, as I used to enjoy it, with a few exceptions. I don't think this is just a case of "bad friend choices", as everyone is telling me.  Elections on both sides of the border have brought out the ugly in everyone, but there has been some real frat-house-level sexual humour and depictions of blow-jobs and menstrual blood and cunt pillows made of red velvet and that sort of thing, and I get sickened before I've even had my breakfast. "So don't go on Facebook any more! Get lost!"is the response. That's like throwing someone out of their country because they don't like its politics. Or something. Anyway. I want to preface this by saying I don't object to profanity if you are so incensed that your head is ready to blow off your body. The f-word, smeared around so liberally, should be reserved for occasions of rage mixed with headspinning nausea. Like - fucking right now! 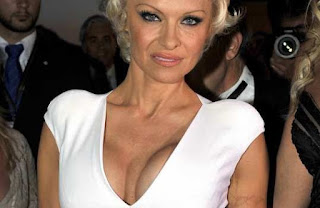 FB makes me even more sick now, if that’s possible. That guy who wrote the sensitive, moving piece about his struggles with mental illness boasted that he was in a film in Toronto that played at a festival. Fine, if egotistical. Then I looked at it, and it was a film showing a woman giving a man oral sex, complete with grunts and groans and head-pushing. This was going on even as the movie began, so there was no preface for it, no context at all. It took a while to realize it was simulated, as it was obviously meant to look as much like a real live blow job as possible.

Are you surprised to hear me say I don't want to watch a blow job at 10:30 in the morning, or ANY time? It's all very well to say, "duhhhhhh, wellll, then just don't watch it, eh?" - but after looking forward to something half-decent from a friend, it was an ambush. This "don't look at it" does not work for me - the problem is once more "my fault". These posts are either impossible to ignore, or rotten and disgusting when (lured by an interesting headline) you open them.

(For further information on this topic, read my former post, which got a lot of views because it had the term "twat" in it until I changed it. To vulva.)

If it were a penis, would it fly (or whatever)? Who knows. But once again, the comments were all squeals of joy and enthusiastic praise, stating how "empowering" it was. But who would have it on their living room sofa? These liberals, put to the test, aren't liberal at all, because you can be anybody you want on Facebook, even a brave feminist who keeps her mouth shut in company. Then there was the picture of Donald Trump painted in someone’s menstrual blood, which everyone screamed and raved about and ooh-ed and ahh-ed over because it was, I guess, "feminist", but it still makes no sense to me. It was as much of a political statement as painting a picture of Alfred E. Neuman in your own snot. 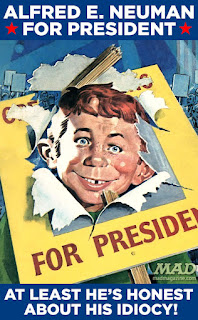 I've been told over and over again that the problem is my own poor choice of friends, but it doesn't make a lot of sense that this has escalated so much in the last couple of months. It might be the friends of friends thing, which I don’t remember before. These are posts that friends supposedly "like" or "comment on" which are now shoved in my face, so they're not from friends at all. It’s getting so bad I just don’t know what to expect. I haven’t had any really good links in a very long time, and I used to get at least a few a day to interesting sites with some actual content. 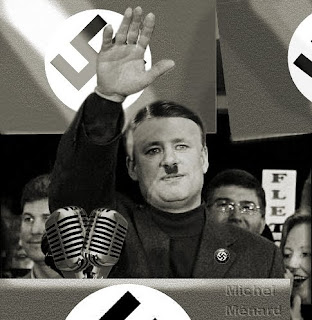 I’d clean out all the dead wood, except that I have around 800 friends (a relatively small number by Facebook standards) and can’t anticipate who will send me this stuff. I had NEVER seen that kind of crap from Mick Gzowski before. If I housecleaned I’d be taking stabs, and end up with basically nothing. This has turned irreversibly sour for me, and nobody’s listening, I mean nobody. All I’ve been posting are complaints lately, it seems, because the stuff I’m seeing is either offensive or just plain stupid: oohing and ahhing over the wisdom of Pamela Anderson’s comments on politics and the coming election. PAMELA ANDERSON, Miss Tits and Ass herself! This was posted by someone I thought was smart! I don’t dare say what I feel, which is, are you out of your fucking MIND?! Has your IQ dropped by 20 or 30 points just by being on Facebook? 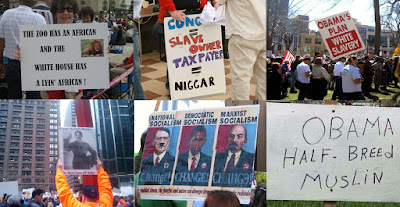 FB used to be more-or-less enjoyable and I went on it every day with a degree of anticipation, and now I just wait for the offensive material. I don't have to wait very long.  One of the problems is taking "friends" on for similar interests, such as silent film and other film-related things, then finding out they are Tea Party Republicans and have the personality and insight of Great White sharks. You can’t tell by the color of their eyes OR their interests whether they will possess a complete brain, vestigial insight, or a white uniform with a hood in their closet. I could not keep this meme because it made me want to vomit, but it depicted JFK at the top and Obama (with a circle around his picture) at the bottom, and said "If we're going to assassinate a  Democrat, next time let's make sure we get the right man."

Another Republican splat in the face, offensive for an entirely different reason, was one of those gooey religious ones about Jesus loving us all. It had a meme of the traditional picture from the Sunday School wall with some kind of message like, "Share if you love Jesus!" I could not believe what I was seeing. One of my friends had apparently commented on this, probably very negatively, so - there it was, clogging up my feed, making me feel like I needed some sort of Facebook Drain-o to flush all this crap away. 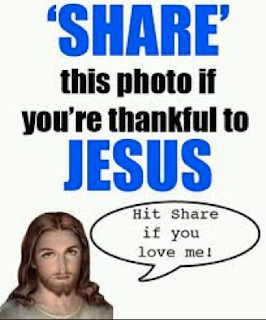 There is all sorts of stuff on the net, but the quality of it has really degenerated in recent (very recent) times. The "news" sites are just junk with no content at all. So-called satire, much of it of the look-at-my-penis variety, is muddled together with "real" news stories to create deliberate confusion. Newspapers are dead and are even closing their doors. Apparently the Edmonton Journal, whom I wrote for for more than 15 years, is now huddled in the corner of their old building, with the printing being farmed out elsewhere, probably the Third World. The ink is so pale you can’t read it, and the type is smaller and squashed-together, a shrinkage that has been going on for a couple of decades now. The image is extremely potent. My old-school milieu, the only place where I felt I had a sense of accomplishment, is slowly and ruthlessly being squeezed into oblivion. Once again I am left alone on the playground, which is the worst feeling in the world. 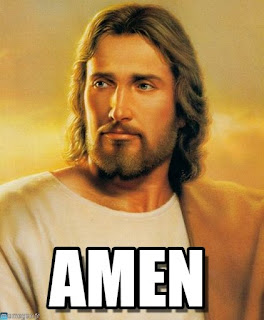 P. S. I have decided to vote for Harper. Why? I'll tell you why. Because of the Hitler moustache, and so many other things that are ludicrously over-the-top and even unfair. I am voting for Harper because you don't want me to. Because you have ruined my day with your tasteless and even stomach-turning frat-house crap. Because I am sick of lefties yapping about human rights from their plushy fat-cat houses with three-car garages. Because I'm afraid of protesting any of this garbage because I know I will be abused, and afraid of expressing my real views because I know I will be sniped at. Because I'm tired of the gooey idealization of that pretender-to-the-high-IQ, Justin Trudeau. I lived through his father TWICE, and I am sure as hell not going to live through him! As for that other guy, orange never looked good on me, and I'm sure it wouldn't look too good on my country either.

This won't hurt a bit

Posted by Margaret Gunning at 10:52 AM No comments: