Are you listening, George? Somebody finally got it.

Posted by Margaret Gunning at 9:59 PM No comments:

"Why I dare not come out of the closet" 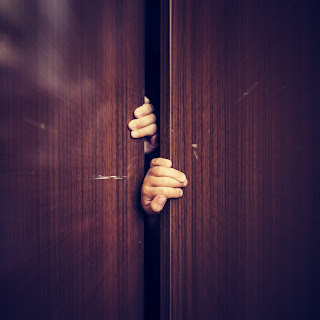 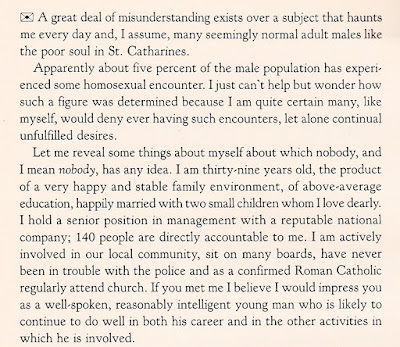 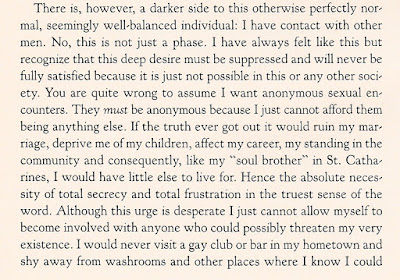 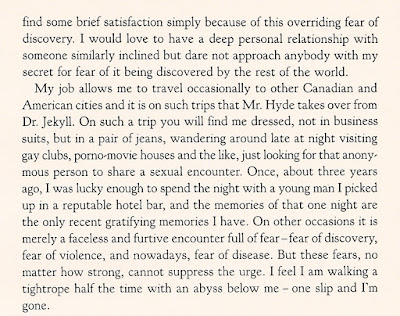 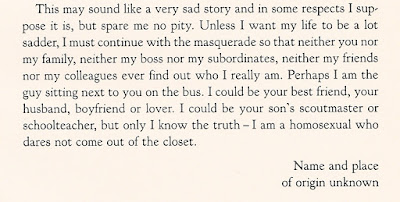 I found myself looking up this entry in the original Morningside Papers anthology today, for no reason I can ascertain except that I remembered it. I remembered a story of a gay man, married, so closeted he can barely breathe, and convinced that the closet will be his fate, if not his doom, for the rest of his life.

But what startles me about this piece is the language. He reveals his orientation with  horror and revulsion, like someone who goes around murdering little children. After laying out the facts of his stable, wonderful, conservative life, he then rips open the cover to reveal a festering secret, a secret that seems to come right out of one of those 1940s "warning" films: 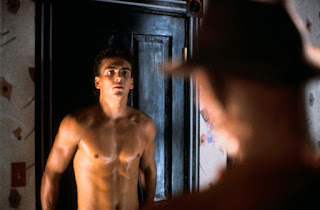 I like men. Almost all my close friends have been men, all my life. I've always felt a certain kinship with gay men because of that fact. I'm monogamous, meaning I haven't had the opportunity to spread myself out too much, but I like to look. I'm 61, and I like to look and dream and have some pretty hot fantasies. I like the smell of a man, the firmness of body, the hair, the voice, the hands.

I guess if I was a man, I'd be gay. Would all this be horrible?

If I was free to do so, would it be horrible for me to want to claim all this bounty sexually?

Obviously, I don't get it. I never have. But what I HAVE had are a few "confessions" over the years, mostly by older men, about their one sexual encounter with a man, sometimes coerced, sometimes not, and how they agonized about it, all the while living a hetero life. One man was sixteen when he lied his way into the army during World War II, and was blackmailed into sex with an older man with fear of disclosure that he was underage. When he told me this as an old man, barely able to look me in the eye, I didn't know what to say to him except, "I am honoured that you told me this. Thank you." And I meant it: I was, literally, the only person he ever told. 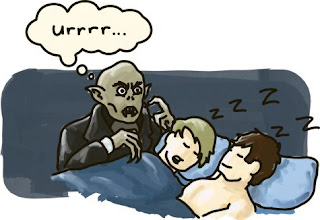 So the skinny five per cent this guy mentions seems puzzlingly small. Sexuality spreads out a lot more than that, waxes and wanes. We're not puzzle pieces. We flow. Our desires flow, but sometimes they flow strongly in one direction. This poor guy is so rigid that he believes he'll be executed if he's ever "found out". He skulks around in back alleys on business trips. He has a "Jekyll and Hyde" personality. Whoo boy.

Was this sad, sad piece written in the '40s, the '50s perhaps? No, it was written and published in 1984. Mind, that was 31 years ago (? How can it be true?), and so much has happened since then that this piece seems archaic, even a little bit insulting.

It's insulting to gay men who are proud of who they are. Yes, they existed in 1984 because I knew a few of them. It's insulting in the horror-movie language it uses, the description of gayness as plague and blight. The utter unbending certainty of "ruin" if this ever "got out" is, come to think of it, a little nasty, because it supposes a culture utterly devoid of flexibility or understanding. 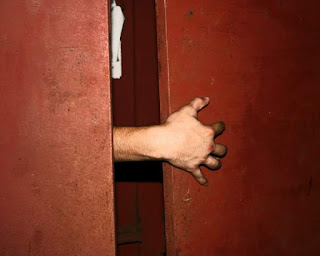 This guy thinks he HAS to live a lie, and that he must be the Christlike sacrifice to keep the whole ruse going. But he isn't the sacrifice. His wife is: she doesn't even know who she is married to. His kids are: every day their father sits at the breakfast table across from them with a big sign on his forehead that says, "I am not who you think I am." Chronic deception causes tension in a household, often on a subconscious level that gnaws away and erodes emotional health. Nothing is as it seems, because it cannot be, "must not" be what it is. The truth is just too horrific.  This is a guaranteed method of throwing your family permanently off-balance. It's like living with Don Draper, for God's sake, with his false identity and ruthless sexual conquests, some of them acted out with his neighbor across the hall.

I wonder whatever happened to this guy. He seemed at the breaking point. I wonder if he continued to feel, as he seemed to feel then, that keeping up the ruse of "normalcy" at work and church and home was the only right thing to do. It's twisted, and it's an example of why things had to change, and why they need to keep changing. 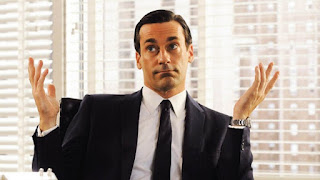 In spite of what media blast at us every day, not everyone is "cool" with being gay. If you are from a fundamentalist background of any stripe, Christian, Jewish, Muslim, it is not cool. It is Sin. Sin is something you're supposed to atone for. Then, "go and sin no more". Bible camps seek to straighten people out with the hammer of guilt, even though the founder of one of the largest of these groups went on record to say that the whole thing had been a tragic mistake (before moving in with his male lover).

On the surface of things, this piece, very much of its time, shows us how far we have come. But it still leaves a bad taste in my mouth. Under the horror-movie language is a strange kind of boasting, very much in the Don Draper mode: look what I am getting away with. And fuck you, you conventional people, because I have my own little private world here and I'm going to make sure my wife and kids and colleagues never find out. I have known men who have made the decision to be married to women, and gay "on the side", so to speak. In some cases, their wives even know. Perhaps they've resolved the tension, or think of themselves as bisexual (and hey, whatever happened to bisexual? Nobody's bisexual any more. It has become extremely unpopular for some reason). It is society that creates most of the problems here, refusing human beings the fluidity and even androgyny that is deep in their nature.

Keep sloggin' forward, folks. Keep that banner hoisted high. Think of Dublin! And think of this poor sod, who is perhaps not even alive any more, the homosexual who dares not come out of the closet.

I'm not sure what this is - at first it looked sort of like a weird Christmas ornament full of mythological creatures. gryphons or gorgons or whatever. But then I saw the resemblance to the classic old Sea Monkeys comic book ad. Same riotous creatures, partying their little faces off. Here, dancing the cha-cha.  I think you are meant to wear this glass globe around your neck, meaning the multi-legged creatures would have to hatch inside it. Be born, live on their sustaining sludge mixture, and die. But why are they GREEN?

Everyone knows, of course, that it's false, that they're really flesh-coloured, and speak perfect English.

I don't remember Sea Monkeys being advertised on television, but they must have been, because I found a slew of bizarre old ads on YouTube.

As the 1980s wore on, truth in advertising won out. The little bastards aren't green OR flesh-coloured, but mucky, slimy beige. At least you knew what you were getting. Though people still want them, and spend money on them today. They're more of a science experiment than a pet.  My brother raised amoebae and paramecia in his bedroom, feeding them on a seething, fermenting solution of water and Brewer's yeast. The advantage of these little slimers is that you can actually SEE them.

Why is a chimp advertising Sea Monkeys? Maybe this one was snagged from that old Red Rose Tea ad.

Posted by Margaret Gunning at 10:34 AM No comments: