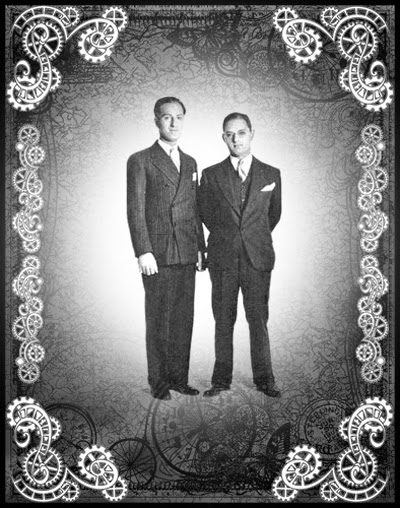 A few more intriguing bits about Gershwin’s work, indicating he must have had a deep interest in Jewish mysticism:

In Jewish mythology, a dybbuk (Yiddish: דיבוק, from Hebrew word meaning adhere or cling) is a malicious possessing spirit believed to be the dislocated soul of a dead person. 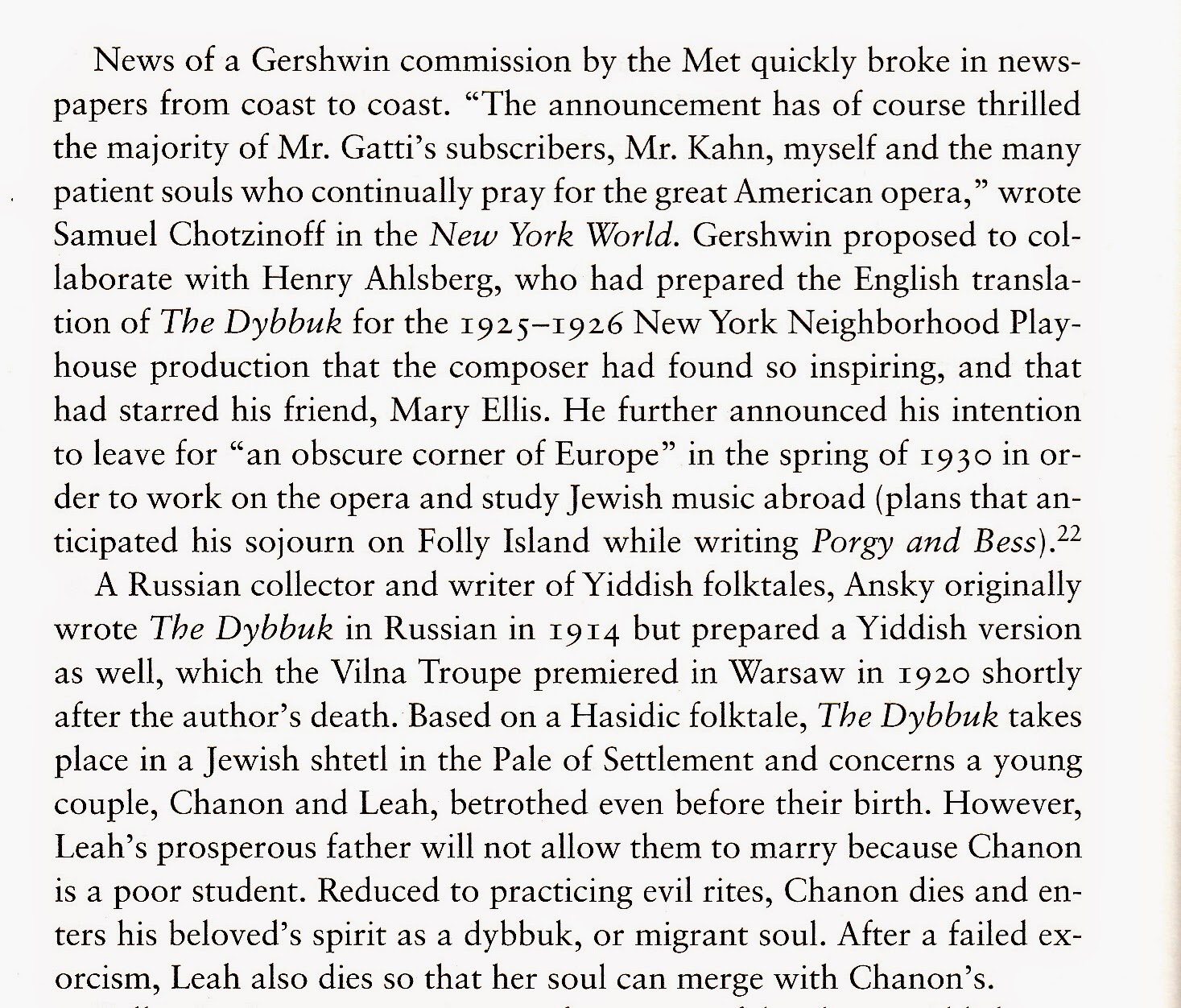 A migrant soul?! And perhaps Ira, raised in the same tradition, was subconsciously thinking of the same thing, his soul merging with his brother’s.  I don’t see GG as a dybbuk at all – he was a gentle soul and everyone loved him, though I also think he was extremely lonely and was completely disoriented after his death. And yet, if you strip away the evil connotations, a dybbuk is just an unhappy camper like a ghost, frustrated or feeling incomplete or not listened to. This is why Chanon in the story is “reduced to practicing evil rites,” because he felt so powerless.

I am very surprised, but perhaps I shouldn’t be, that the writer of I Got Rhythm and Rhapsody in Blue could be so interested in dark Jewish ritual, but he did after all grow up bilingual, i. e. speaking Yiddish, so the stories were there.  You look at this and think: George Gershwin? Mysticism, migrant souls, WHAT? Then you dig up all this stuff. Instead of developing The Dybbuk (the rights were tied up), he wrote Porgy and Bess which was also about a marginalized and powerless black community. There is a chilling song in it called The Buzzard which is about a vast dark bird waiting to  swoop down and feed on Porgy’s flesh:  he tells it, “Ain’t nobody dead this mornin’!” This is like something out of classic myth.