Gershwin Blingees: I have to do something with these

I don't know why it is, but out of all the subjects I've tried to bling, GG blings the best. I learned a long time ago that old b & w photos work better, with the background filled in and the subject left alone. That gives it a certain 3D quality.

I do these late at night, accounting for the nightmarish quality of some of them. I had no idea the dancer would duplicate like that, as a kind of weird backdrop for GG's conducting.

Maybe a little too pretty, but I had to include it. It looks like his hands are moving, which of course they're not.

Maybe the strangest and wildest GG Blingee I've done to date. Even the original was pretty frightening. I think he was a killer at the piano, at least. And a ladykiller.

Another very odd one. Somehow the Jesus/lamb figure fit there, and the pulsing inside his head is eerily prescient. Pretty icky, too.

A rather sentimental portrait of GG with Kay Swift.  Not much animation here at all. The oriole is supposed to be moving. There was too much complicated detail here to make the figures stand out the way I wanted.

Just bleepin' weird. I had to try out the other animated dancer and see if he'd make a backdrop. He does. But who the hell IS he?

These never end, do they? A little Disneyesque, perhaps. But I love how George signed the music.

GG FACT: did you know that for the initial performance of Rhapsody in Blue in 1924, GG left one page of the score blank? That cadenza, completely improvised, was never heard before that concert, nor has it been heard since. Like some of his best stuff, it just flared brilliantly, then dissipated into the air like a shower of sparks. So Ozone's version isn't so controversial after all.


Posted by Margaret Gunning at 3:31 PM No comments: One of those Facebook Brane Twizzlers. Is the cat going up or down the stairs? When I first looked at it, it was definitely up. Now it looks like it's definitely down. Five minutes from now it won't matter at all. 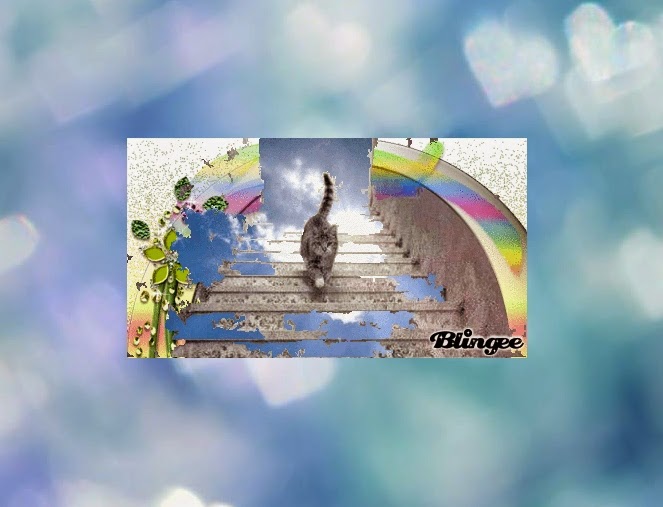 Posted by Margaret Gunning at 3:18 PM No comments: