Who's Bentley? you may ask. And since when do we have a cat? 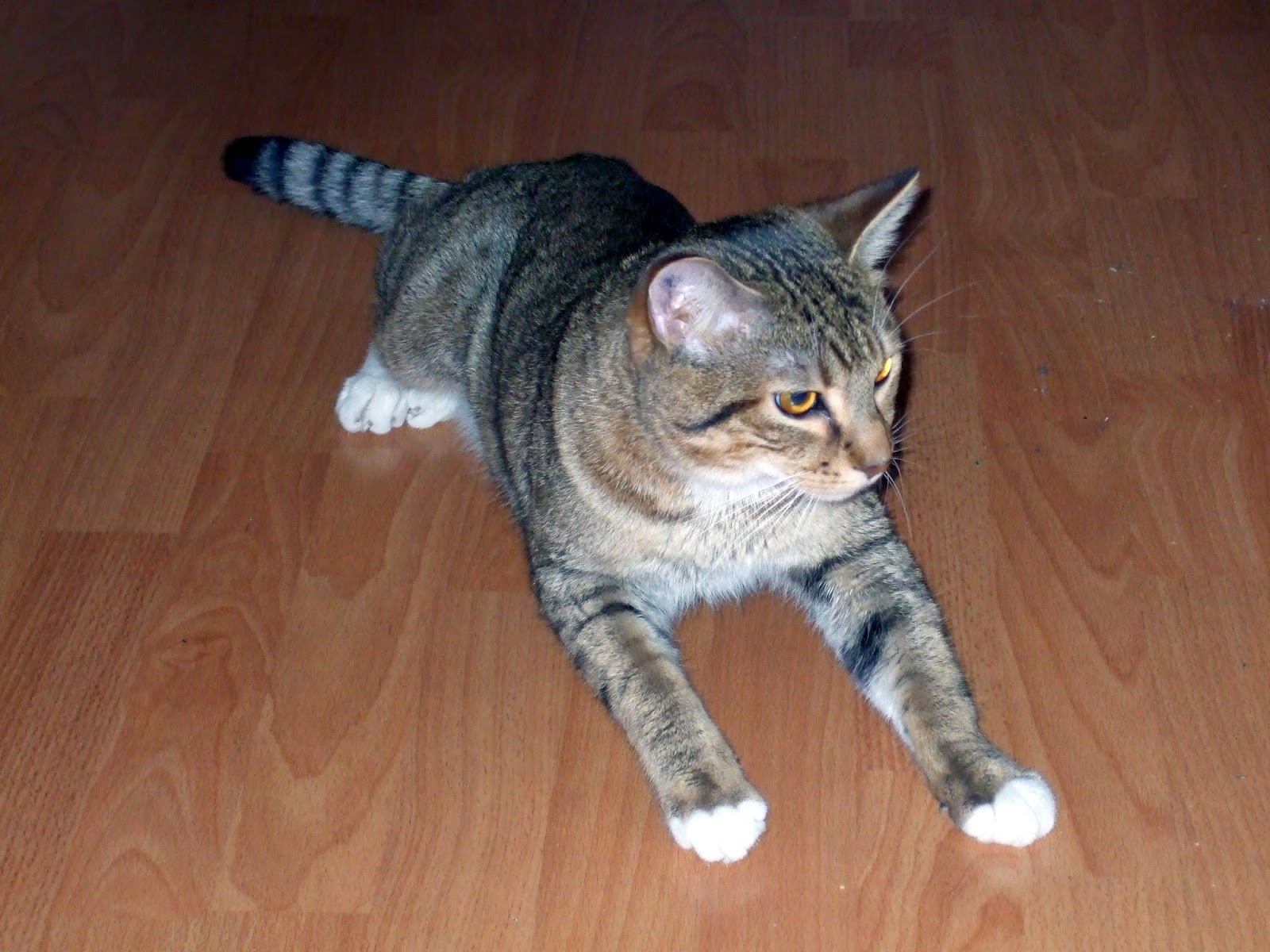 When my beloved lovebird Paco died just a short time ago, it was agonizing. She only lived 100 days, and was an absolute delight. I should have spent many years with her. I knew I couldn't get another bird, because if that happened again -

We didn't even have cats on our minds. Oh all right, we did, because my daughter had just adopted Mia, a darling little tabby who stole everybody's heart. I noticed how the whole atmosphere in the house had changed, as if it had been flooded with sunshine.

At one point in my anger and grief over Paco, I said to Bill, "I can't get another bird, I just can't. We might as well go get a cat." This was a reference to the "no more cats" rule we had made after the death of Murphy, the 17-year-old catriarch of the family, in 2007.

Bill especially felt that we'd be too old by the time the cat reached that age, if it ever did. But he said something surprising that changed everything. "We could get a cat." I hadn't meant it literally, but suddenly our thinking began to change. And as we all know, that changes everything.

We decided we would "start the process of looking for a cat". Not rush into anything, of course. We weren't even supposed to be getting another pet at this stage. It was too soon, far too soon, wasn't it? But I began to look into it, research adoption web sites.  My first experience was with a Vancouver kitten rescue agency called VOKRA. I looked at one cat, a very lovely cat indeed, and as soon as I reached out to pet her, she tore a chunk out of me. We both went home from that "viewing" with bloody scratches.

I think sometimes certain organizations are just too idealistic about whether a cat is truly adoptable or not. That one wasn't.

So we decided to try the SPCA, where most people go. I had been looking on the web site for a while, and saw this snagglepuss-like baby cougar, and just HAD to go see him. Right now. He was in Maple Ridge, so it didn't take too long.

It was just one of those things. He was housed in an enclosure about the size of a large walk-in closet, much more amenable than a cage, but still kind of cramped for a cat. When he saw me he jumped down, ran towards me and wound himself around my leg. I immediately picked him up and held him. He relaxed into my arms. He had a soft, plushy coat, and was purring gently.

It has only been a few days, yet it seems longer, and not because time is dragging. It's another thing entirely. This little guy, about a year old, has an incredible history. Someone found him outside, mangled and bleeding. He had been mauled by a dog and had bite-marks on his shoulders. And yet, he is a sweet and gentle cat who loves to be held. So far his worst habit is drinking out of the toilet.

He has substantial gaps in his coat where the dog bit and probably shook him. They might or they might not fill in with fur, but if they don't, they'll only remind me of his valor in facing down a nasty old dog, and (even more remarkably) not becoming nasty himself.

My daughter-in-law Crystal has a way of summing things up. "After he flew down from heaven, that's where his wings broke off," she said. Amen to that.

Posted by Margaret Gunning at 5:26 PM No comments: