The one that got away


The night is bitter
The stars have lost their glitter
The winds grow colder
And suddenly you're older
And all because of the man that got away.
No more his eager call
The writing's on the wall
The dreams you dreamed have all
gone astray.
The man that won you
Has gone off and undone you.
That great beginning
Has seen the final inning.
Don't know what happened. It's all a crazy game!
No more that all time thrill
For you've been through the mill
And never a new love will
be the same.
Good riddance, goodbye!
Every trick of his you're on to
But fools will be fools
And where's he gone to?
The road gets rougher
It's lonelier and tougher.
With hope you burn up
Tomorrow he may turn up
There's just no let up the live-long night and day.
Ever since this world began
There is nothing sadder than
A one-man woman looking for
The man that got away...
The man that got away.
Harold Arlen, Ira Gershwin

Posted by Margaret Gunning at 11:55 PM No comments:

Email ThisBlogThis!Share to TwitterShare to FacebookShare to Pinterest
Labels: A Star is Born, ballads, Harold Arlen, Ira Gershwin, Judy Garland, The Man that Got Away


I still haven't decided if this makes me insane or sends me into orbit, but I can't stop listening to it. This guy takes that old war horse of the concert hall, Gershwin's Rhapsody in Blue, and blows it wide open. His dizzy improvs open the piece, creating space for unexpected and highly exotic bloom. Mere orchids become jasmine and patchouli. It's gutsy to do this, though he does it with applomb. No doubt some people hate it. For some reason I keep thinking Leonard Bernstein would hate it. Oscar Levant would hate it, because, as eccentric as he was, he was a musical conservative. You see, nearly all these great composers of the early 20th century were old-school, classically-trained Russian Jews. Gershwin was no exception. So here comes this cocky Asian guy -  not exactly a kid, but not too old either - and blows his sacred work out of the water. It's startling, unnerving, because I know every goddamn note of this thing, forwards and backwards. Along with Beethoven's Fifth, it was part of the bread and butter of my musical education. 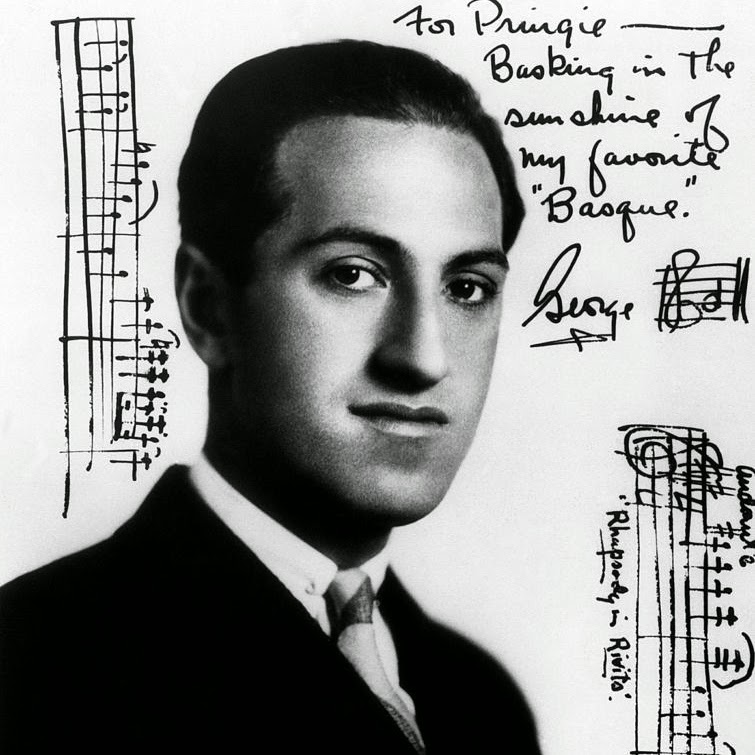 There are a million bad versions of this. I just ploughed through a dozen of them to try to find something interesting. I don't like the various edited versions that run 9 or 10 minutes. They edit out that great chunka, chunka, chunka, chunka choo-choo part that I love so much (and which GG even mentioned: train sounds were a great inspiration to him). No part of this can be left out, of course, but what can be added? But he isn't adding. He's riffing. Riffing, in jazz, is absolutely sacred. Jazz wouldn't be jazz without it. That twilight-evening-star-sparkling string part - I can't hum it now, you wouldn't be able to hear it, but you know what I mean - has the most incredible circular riff in it, and it is Gershwin's very hallmark.

Anyway, I'm flailing around in the topic as usual, trying like hell to get through the 900-page doorstop biography - I think there must be a few dozen Gershwin bios out by now, including a really filthy one by Joan Peyser that I can't wait to get my grubby little hands on. And yes, indeed, there is a lot of evidence that GG sired a son with a chorus girl, cliche as that sounds. It seems unlikely the man could still be alive, but he insisted all his life that he was George's son, and apparently he even looked exactly like him, even unto the insolent lips, enigmatic eyes and Hapsburg jaw.

(Just found some photos of him, and he even  has a Facebook page - but then, so do a lot of dead Gershwin's-illegitimate-son pretenders. It has nothing much on it, to my disappointment, but the photos made me go "Ho. . . ly. . . shit." Same flattish face, long jaw, high forehead - George was well on his way to baldness when he died - and the lips - well, no one else had lips like that.) 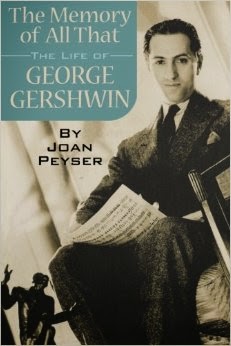 I will never get a fix on Gershwin, not altogether. He is even harder to fathom than Oscar Levant, who was complicated and ferociously gifted, but (and he knew this) no George Gershwin. In a sense, GG swallowed up Levant's career the way he swallowed up his brother Ira, who became a sort of living monument to his brother's genius to the end of his days.

So anyway, enough blathering about all this. This is very unfocused and I don't think I will try to focus it, but it's important to my mental health that I write something today. Today marked one week since I lost my sweet little bird Paco, and I still can't get my head around it, that I will never see her again. I have a new project coming up, and if it works out, it could change things a lot around here. The energy will change in the household. But we'll see, it's not quite there yet. 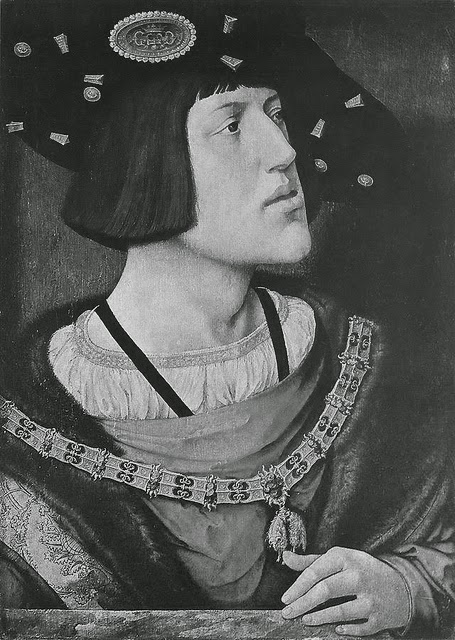 Meantime, I wish I could find a good account of this in one of the Gershwin books, so I'll have to paraphrase. He died horribly of a malignant brain tumor, after being told for months that his agonizing headaches, olfactory hallucinations, and the complete collapse of his coordination were just "psychosomatic". Ira's wife Lee thought they were a mere attention-getting ploy (as if breaking down and being unable to finish a concert would garner him the kind of attention he wanted).  But the tumor sure did some weird things. He tried to push this guy out of a moving car, somebody he liked actually, and in some weird kind of behavioural seizure he took a box of chocolates, squashed them up in his hands and started rubbing them all over his face and body.

I never thought I'd find a cartoon of this! But I sort of did. This is from a very weird Gershwin documentary in about four languages, with subtitles on its subtitles. Someone would be talking in English, and suddenly a translator would begin to narrate on top of it (in English). I don't like the subtitles, but they add another dimension of weirdness to the whole thing. This gif dramatizes the great and dramatic chocolate-crush, and the way the front of his dressing gown got all sticky and messy, a thing meticulous George never was.

I'm sure Ira was baffled.


Posted by Margaret Gunning at 4:38 PM No comments:

Bird sex: just a peacock and a Chevy

Posted by Margaret Gunning at 3:44 PM No comments: