The worst kind of secret 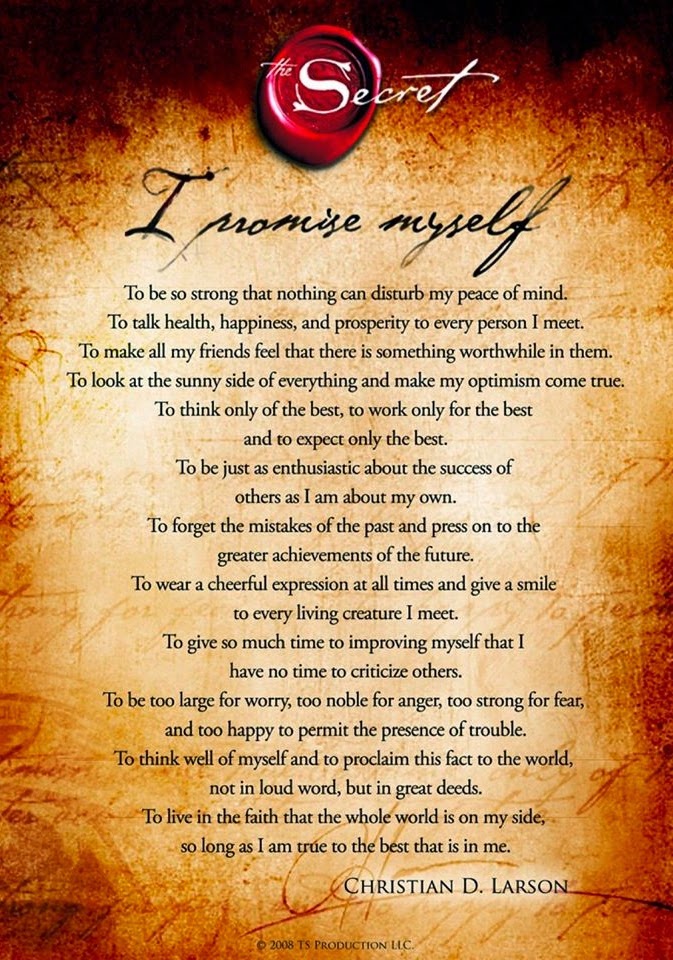 The more I read this kind of stuff,  the more I laugh, or groan. It's the kind of "meme" I see on Facebook all the time.

Look at it. I mean, line by line. "So strong that nothing can disturb my peace of mind." A tornado wrecking your house? Losing your child in a car accident?

"To talk health, happiness and prosperity to every person I meet." The thug down the street with the handgun? The rapist, or the terrorist disguised as a street punk?

"To look at the sunny side of everything, and make my optimism come true" - You're sure this isn't a 1930s production number by Busby Berkeley?

"To wear a cheerful expression at all times (as they did in Nazi Germany, no doubt, or Stepfordville) and give a smile to every living creature (squirrel? Earthworm?) I meet."

And etc,. etc., etc. After the post, there was the usual riot of gushing comments about how WONDERFUL this philosophy is, without anyone giving the first thought as to how impossible it may be  to undertake, let alone how stupid it all is. It's doubtful that any one of them are practicing even the smallest part of it, nor will they in the future. 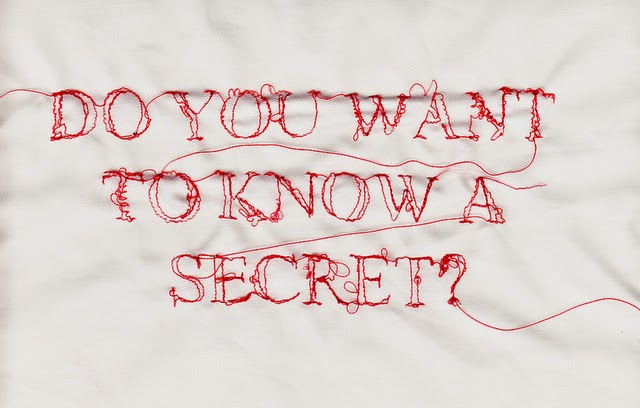 Then I saw, at the top of the meme-y thing, a red seal with the words "The Secret" on it, and realized: hmmmm, this was something I'd seen before. On Dateline NBC, perhaps. There was a name associated with it, wasn't there? Some sort of . . . bizarre guru?

A jury has convicted a self-help author who led a sweat lodge ceremony in Arizona that left three people dead.

Jurors in Camp Verde, Ariz., reached their verdict Wednesday after a four-month trial.

More than 50 people participated in the October 2009 sweat lodge that was meant to be the highlight of Ray's five-day "Spiritual Warrior" seminar near Sedona.

Three people died following the sauna-like ceremony meant to provide spiritual cleansing. Eighteen were hospitalized, while several others were given water to cool down at the scene. Prosecutors and defense attorneys disagreed over whether the deaths and illnesses were caused by heat or toxins. 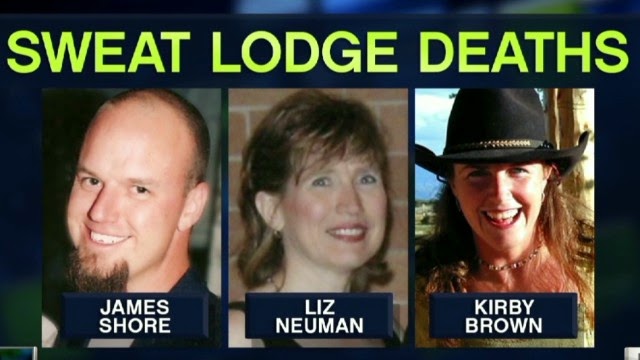 Ray used the sweat lodge as a way for participants to break through whatever was holding them back in life. He warned participants in a recording of the event played during the trial that the sweat lodge would be "hellacious" and that participants were guaranteed to feel like they were dying but would do so only metaphorically.

"The true spiritual warrior has conquered death and therefore has no fear or enemies in this lifetime or the next, because the greatest fear you'll ever experience is the fear of what? Death," Ray said in the recording. "You will have to get a point to where you surrender and it's OK to die." 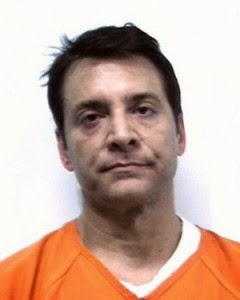 Witnesses have described the scene following the two-hour ceremony as alarming and chaotic, with people dragging "lifeless" and "barely breathing" participants outside and volunteers performing CPR.

Two participants — Kirby Brown, 38, of Westtown, N.Y., and James Shore, 40, of Milwaukee — died upon arrival at a hospital. Liz Neuman, 49, of Prior Lake, Minn., slipped into a coma and died more than a week later at a Flagstaff hospital.

Ray's attorneys maintained the deaths were nothing but a tragic accident, and said Ray took all the necessary precautions to ensure participants' safety. They contend authorities botched the investigation and failed to consider that toxins or poisons contributed to the deaths and called two witnesses to support that argument. 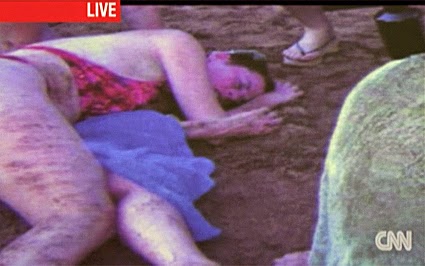 Prosecutors relied heavily on Ray's own words to try to convince the jury that he was responsible for the deaths. They said a reasonable person would have stopped the "abomination of a sweat lodge" when participants began exhibiting signs of distress about halfway through the ceremony.

Sweat lodges typically are used by American Indians to rid the body of toxins by pouring water over heated rocks in the structure.

Ray became a self-help superstar by using his charismatic personality and convincing people his words would lead them to spiritual and financial wealth. He used free talks to recruit people to expensive seminars like the Sedona retreat that led to the sweat lodge tragedy. Participants paid up to $10,000 for the five-day program intended to push people beyond their physical and emotional limits. 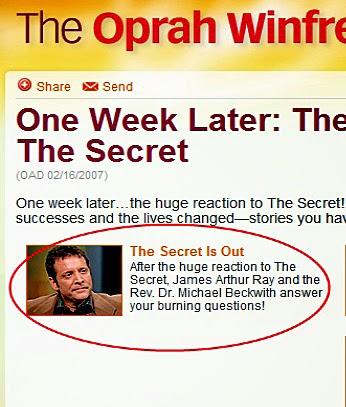 Ray's popularity soared after appearing in the 2006 Rhonda Byrne documentary "The Secret," and Ray promoted it on "The Oprah Winfrey Show" and "Larry King Live."

But his multimillion-dollar self-help empire was thrown into turmoil with the sweat lodge deaths. Ray ended his seminars shortly after but has continued to offer advice throughout his trial via the Internet and social networking sites. 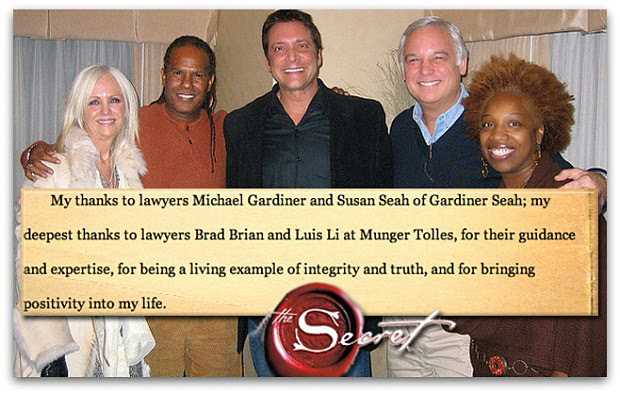 So I was right, this "secret" stuff is tied to some very dangerous and toxic events. But wait! There's more! Wikipedia tells me this whole mess started with a wildly popular self-help book called (what else?) The Secret. In a "nut"shell, here is its basic philosophy:

The Secret highlights gratitude and visualization as the two most powerful processes to help manifest one's desires. It asserts that being grateful both lifts your frequency higher and affirms that you believe you will receive your desire. Visualization is said to help focus the mind to send out the clearest message to the universe. Several techniques are given for the visualization process, as well as examples of people claimed to have used it successfully to manifest their dreams.

As an example, if a person wanted a new car, by thinking about the new car, having positive and thankful feelings about the car as if it were already attained and opening one's life in tangible ways for a new car to be acquired (for example, test driving the new car, or making sure no one parks in the space where the new car would arrive); the law of attraction would rearrange events to make it possible for the car to manifest in the person's life.

I haven't figured out yet how you can test drive a car that doesn't exist, but never mind. It's beyond silly: most of us outgrew this kind of magical thinking in the third grade. It places us at the centre of the universe, for one thing, and assumes we have some sort of mystical influence over events that are, at best, random. Perhaps this helps assuage people's powerlessness in the face of a reality that is pretty much oblivious to our existence.

It's obvious that Ray took this all a little bit beyond the new car phase and into self-proclaimed Godhood, where he finally ran aground. According to Dateline, however, and even in spite of his having killed three people and maimed and burned over a dozen others, he still has his loyal followers. My impression is that Ray is a reptile with no higher brain function than a crocodile, though with somewhat less insight and compassion. But there are ALWAYS followers for such demons in human skin, people who sit with fixed smiles on their faces, sopping up all the evil swill their leader bilges out at them.  It's Third Reich syndrome all over again. Any leader is better than no leader, right? Am I making sense? 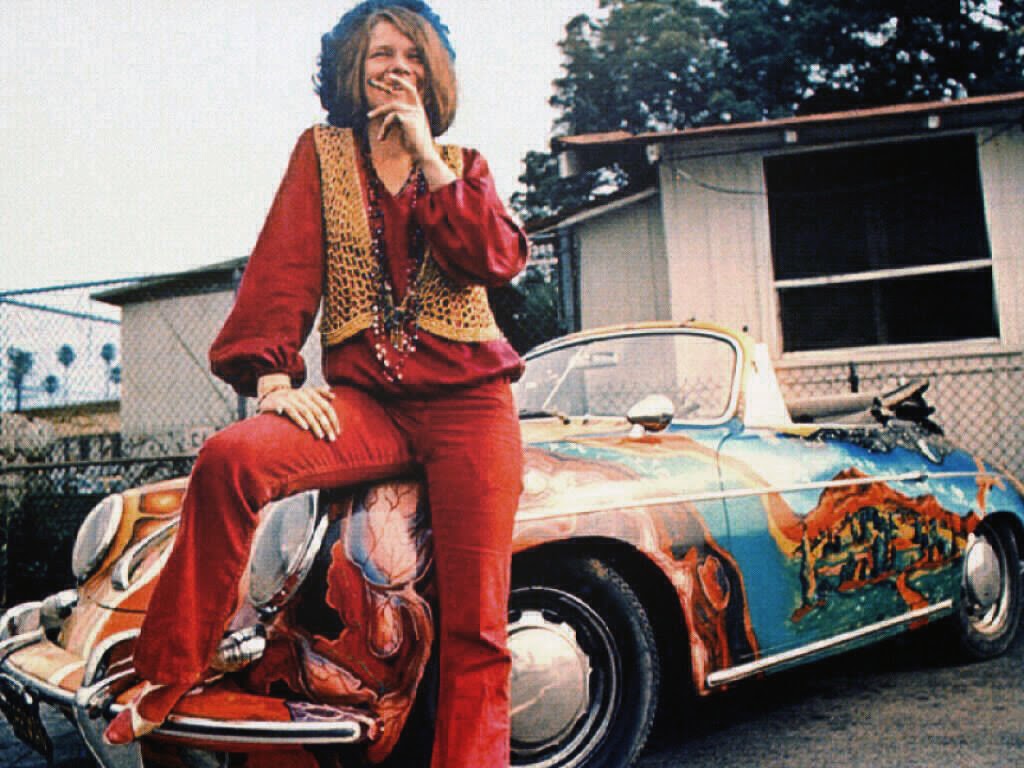 Posted by Margaret Gunning at 11:15 PM No comments: