One of the rare intriguing things I've seen on Facebook lately. As usual, there was no credit given anywhere for who did the animation. I've looked all over the place. It's creepy and fascinating and all too true what happens to this pink little figure, ruthlessly mauled by calipers and scalpels and pliers and suction hoses. I just did a post on how "neurotic" women (women who are "reserved", worry about things, get angry, anxious, etc.) are more likely to get Alzheimer's. For some creepy reason, this feels like part of the same thing. Now, girls. Don't have a body like THAT. Have a body like THIS, and maybe your rate of acceptability will fall into line. It's all a way of containing us, because if we're not contained we turn into madwomen. We run amok.

Posted by Margaret Gunning at 11:42 PM No comments:

Anxious, jealous, moody or distressed middle aged women may be putting themselves at risk of developing Alzheimer's disease, according to a 38-year long study.

The claim, which appears in Neurology online, comes after scientists used personality and memory tests to track the health and welfare of 800 women who had an average age of 46. They found that 19pc of those women developed dementia in later life.

The tests also looked at their levels of neuroticism, whether they appeared to be shy and reserved, and if they were outgoing characters. 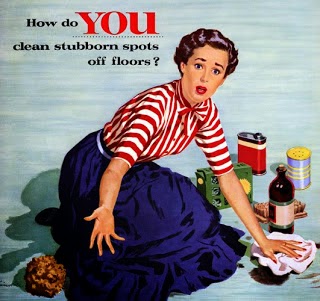 Neurology online is the medical journal of the American Academy of Neurology. Study author Lena Johannsson of the University of Gothenburg, Sweden, said: "Most Alzheimer's research has been devoted to factors such as education, heart and blood risk factors, head trauma and family history.

"Personality may influence the individual's risk for dementia through its effect on behaviour, lifestyle or reactions to stress." 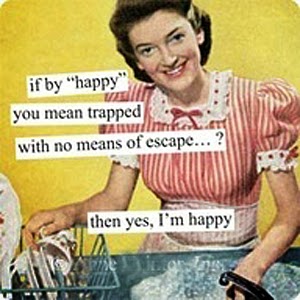 Neuroticism involves being easily distressed and can be linked to worrying, jealousy or moodiness. People who are neurotic are more likely to express anger, guilt, envy, anxiety or depression. The study also looked at women who appeared to be shy and reserved plus those who seemed to be outgoing. 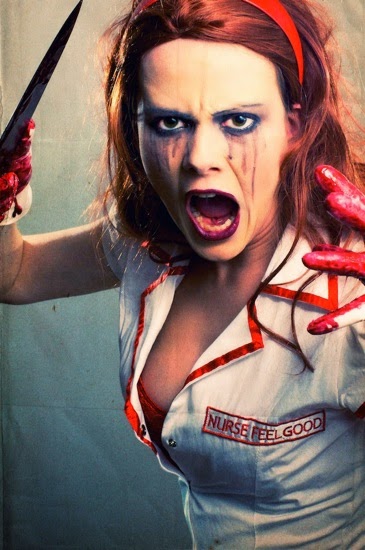 The women were asked if their work, health or family situation had left them feeling stressed for at least a month. Stress might be spotted by feeling irritable, tense, nervous, fearful, anxious and not being able to sleep properly.

Responses were ranked from zero, where the women never felt stressed, to five, where they had constantly experienced stress in the last five years. Women who chose responses from three and five were considered to have distress.

Those women with the highest scores on the tests for neuroticism had double the risk of developing dementia compared to those who scored lowest on the tests, according to the study. 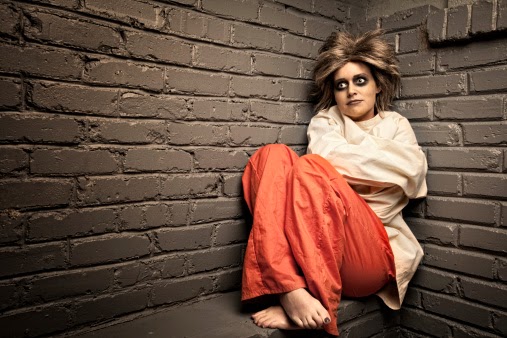 This foul little report is currently all over the internet, leading me to wonder: whatever happened to all the progress we supposedly made in the last 60 years?

Not only is all this crap completely skewed by the fact that MEN ARE NOT EVEN CONSIDERED (any more than they are ever shown wearing adult diapers on TV), the tone of it is just headspinning in its implications.

It reminds me of those old Miles Nervine ads, with women being encouraged to take sedatives rather than express their discontent, or the Bayer aspirin commercial with the irritable woman snapping, "Mother, please, I'd rather do it myself!" Surely a woman who allows herself to fuss and fret and get her head in a tizzy DESERVES to end up as a drooling idiot. She's bringing it on herself, isn't she? Getting herself all worked up over nothing. The implication is that you'd better put a lid on all that neurotic, needless fulminating, ladies, or guess what. You may just end up in the loony bin, the place of no return.

Under the medicalise in this probably-completely-meaningless study I smell the faint stink of punishment, the price for for deviating from certain expected norms. Good little women, cheerful little women, women who don't fuss, who "accept", who don't rock the boat by becoming pointlessly angry about things (rape, child abuse, the destruction of the planet) are far more likely to make good, cheerful little grandmothers! They'll keep their marbles, in other words. None of that awful drooling, incontinence, brain rot and puzzling resistence to artificial restraints.

Or could it be this way? Good little women are so conditioned to be bright and cheery and outgoing, to be happy all the day, to always smile, smile, smile (as so many women are rigidly trained to do) that when those pesky lines and wrinkles begin to show, there won't be any DIFFERENCE between the frozen zombie state of their emotional and spiritual submission to societal norms (smile!) and the frozen zombie state of Alzheimer's. 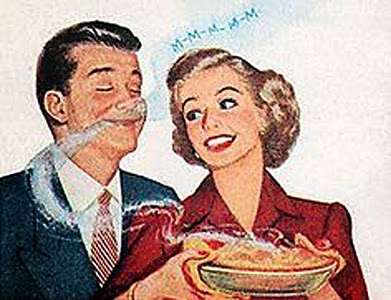 What an advantage! No one will even NOTICE they have dementia because they were Stepford Wives for an entire lifetime! The advantages of this can't be stressed enough.  The transition will be ultra-smooth, from spotless kitchen to bright, sparkling ward.

Meantime, women who allow their feelings to show, who dare take time for themselves instead of constantly pleasing and hostessing the world, who aren't always cheerful but express anger and indignation and fear and lust and exultation and anxiety and depression and all the things human beings are known to feel BECAUSE THEY ARE HUMAN, will at least KNOW when they are being pursued by the forces of sexist medical oppression. They can put on their neurotic little running shoes and RUN RUN RUN from the suffocating norms that would keep them safely corralled in cheery 1950s-style servitude.

Don't be nice, girls. Don't smile unless you mean it. And when the threat comes, run. Run for your lives. Even if you do go barmy, at least you'll have the satisfaction of being who you really are. 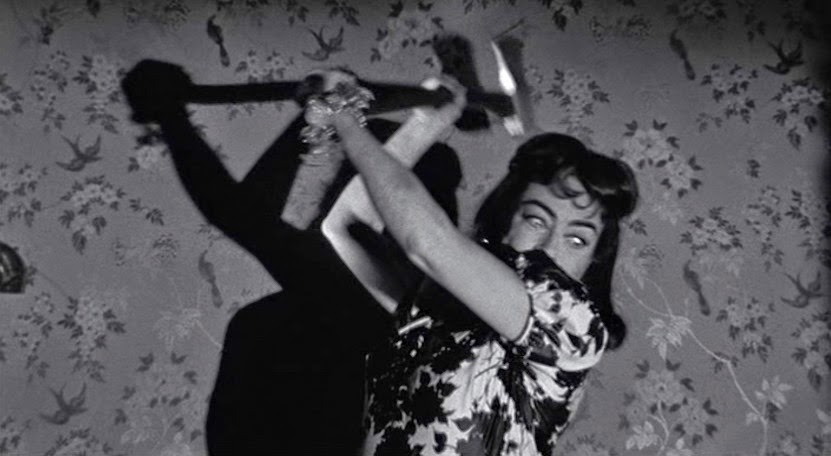 Posted by Margaret Gunning at 4:34 PM No comments: