My hero bares his nerves: hopelessness and hope in the writing life 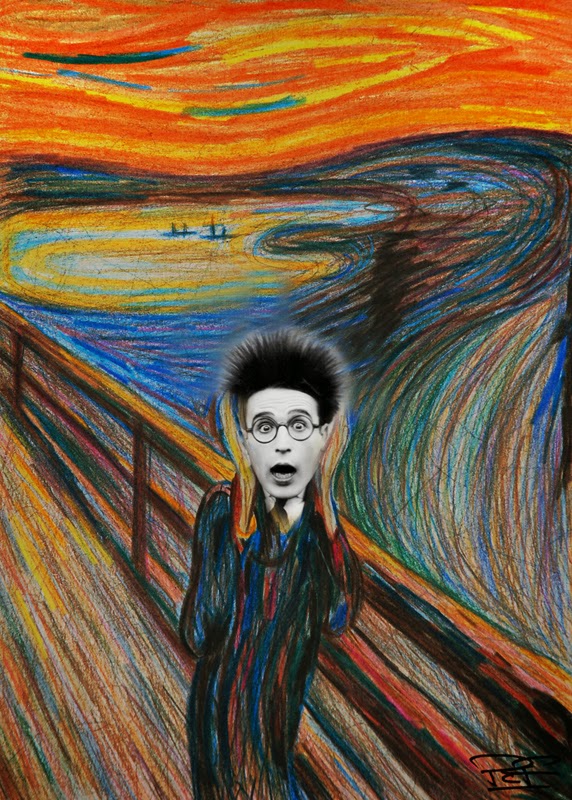 When I renamed my blog after Harold's professional moniker, I made a vow to myself that I would not write "essays", that in fact I would write whatever-the-fuck I wanted to, always, because at the time it was all I had. So here lies a bunch of thoughts, along with a sinking, fainting hope, a glimpse of a deer; no, not a doe but a buck, magnificently muscled about the neck, which I feverishly pursue even in full knowledge of the spiked collar around his neck which proclaims, pursue me not, nor touch me; I belong to everyone, but not to you.

So. Lately on Facebook, which I have mixed feelings about, I've seen a few posts that speak to me, whether for good or ill. One particularly poignant piece was about a young woman, a university student, who experiences chronic low-grade depression which sometimes becomes disabling under academic pressure. Not one health-related agency in the school would help her, in fact they all looked either puzzled or embarrassed when she asked who she should approach, or just shrugged her off with "I don't know" (perhaps the worst of all, as if she was the only person in the world who had been diagnosed with some mysterious and untreatable disease). 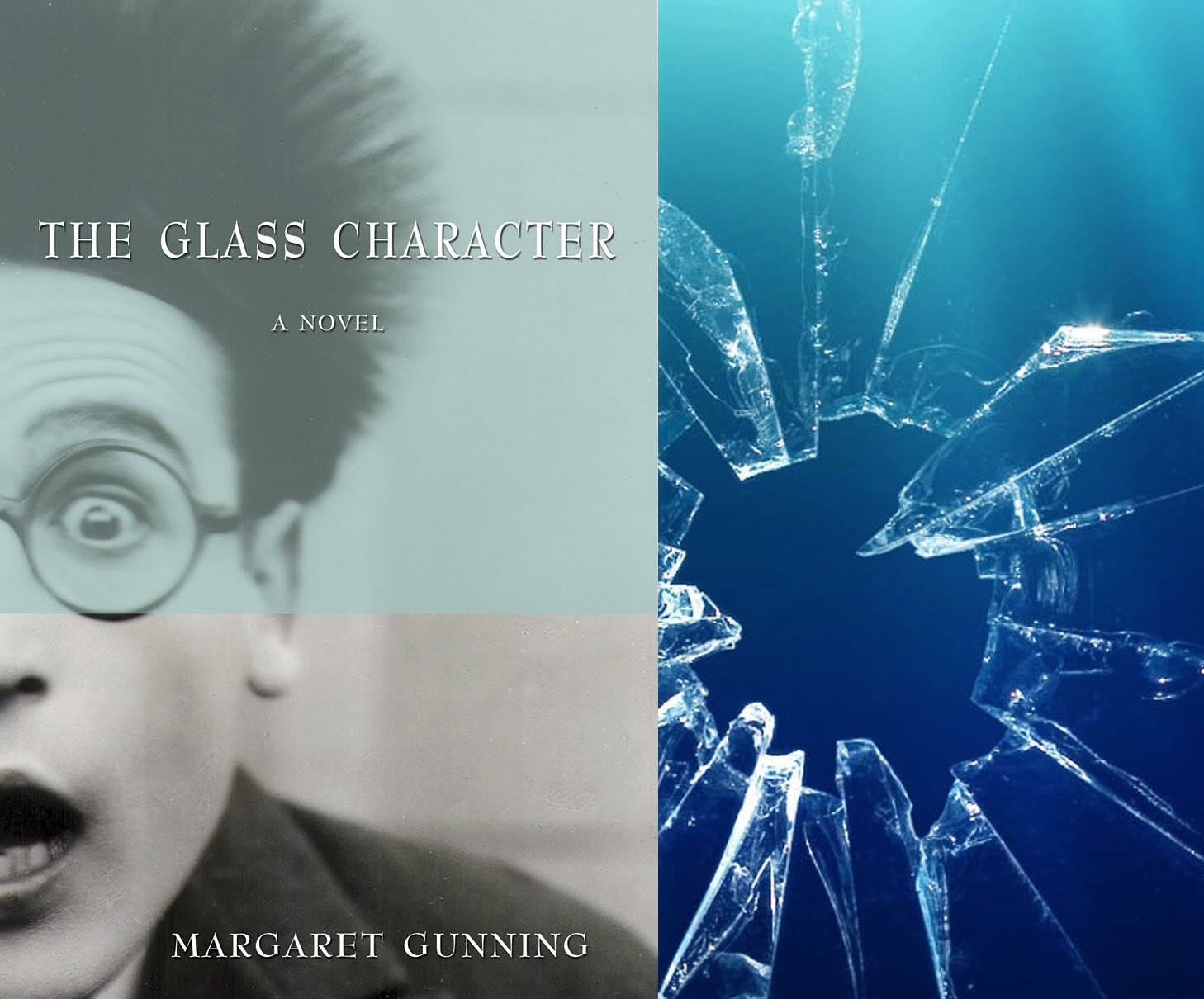 What's that about? Is no one allowed to be damaged, to need surcease? Are we all supposed to be constantly stoking ourselves for the feverish race, the incessant jockeying for position (nowhere more in evidence than in academia)?  Or are people just craven in their inability to risk compassion?

I saw another post which frankly ravaged me, a poem I've quoted here several times:

Whoso list to hunt, I know where is an hind,
But as for me, hélas, I may no more.
The vain travail hath wearied me so sore,
I am of them that farthest cometh behind.
Yet may I by no means my wearied mind
Draw from the deer, but as she fleeth afore
Fainting I follow. I leave off therefore,
Sithens in a net I seek to hold the wind.
Who list her hunt, I put him out of doubt,
As well as I may spend his time in vain.
And graven with diamonds in letters plain
There is written, her fair neck round about:
Noli me tangere, for Caesar's I am,
And wild for to hold, though I seem tame.


I know about that feverish chase, for it has occupied a huge chunk of my life to date. In writing a novel about the incredible life and career of silent screen comedian Harold Lloyd, I became enraptured, even inhabited. I felt I not only knew him, but was with him. (If that sounds totally nuts, I hope you'll at least read the book to find out for yourself.) And yet, there was always some aspect of him that was elusive, even unknowable. 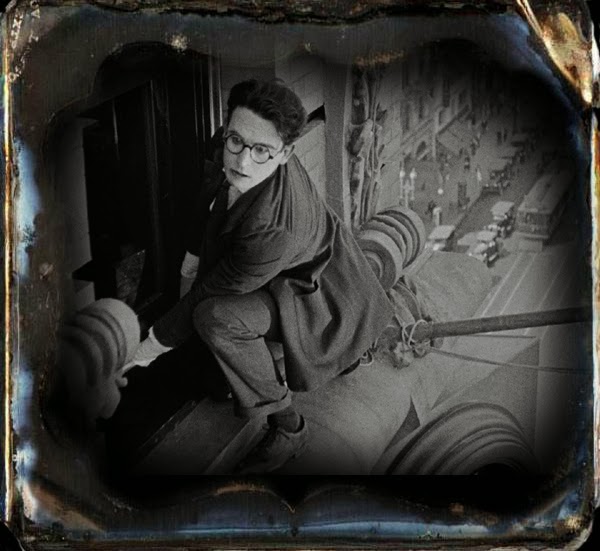 Fainting, I rushed through the bracken, falling and getting up again, sometimes catching just a glimpse of the impossibly fleet deer with the glancing diamonds about its neck. Thomas Wyatt in his insane passion for the doomed Anne Boleyn knew of this, I am sure of it. The drivenness, the hopelessness, the failure that just stokes the fires of pursuit.

Well, why not do something else, then? I realize with no small measure of horror that I'm really not much good at anything else. I have spent my entire life pursuing something that would appear to be doomed. Thus the Wyatt poem doesn't just speak to me: it screams in my ear, run. . . RUN! 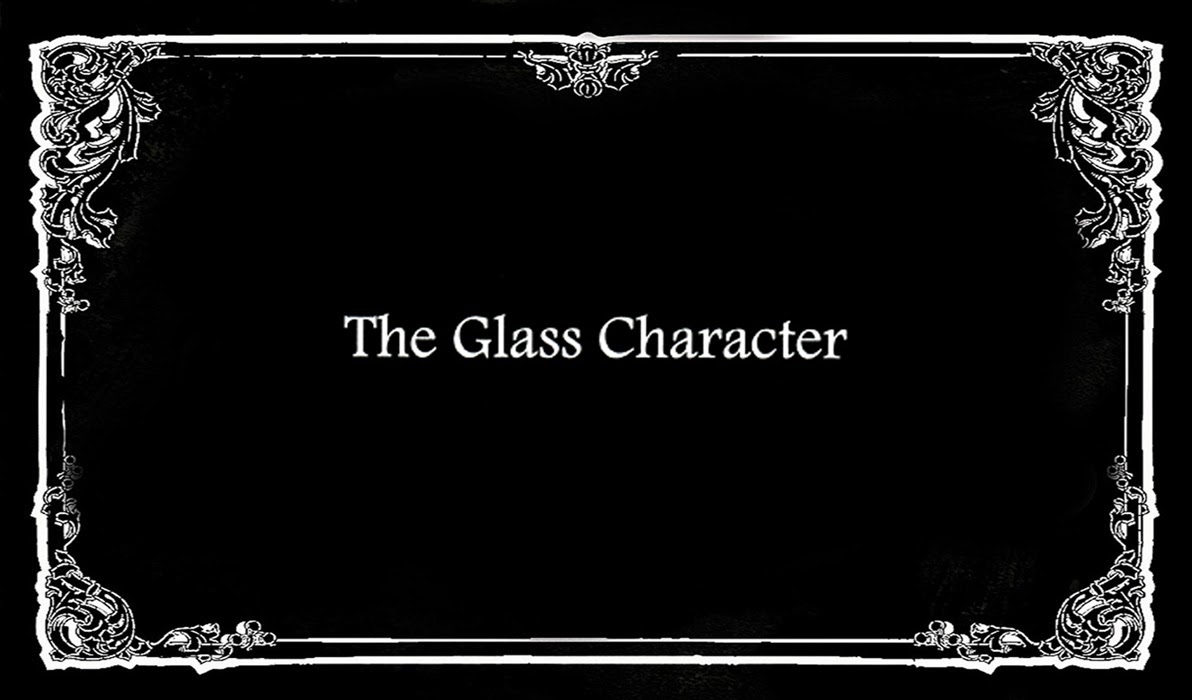 And yet, and yet. I am still filled with a fizzy excitement about this book. I can't help myself. it relit the flame for me when I was sure I would never write a novel again, or at least one that I felt I could send out and sell. Blogging was a consolation, and, for a while, my longstanding gig as a book reviewer, until even that outlet dried up in the wake of nearly-nonexistent books sections filled with "canned" reviews. But surely I would never again allow the heartbreak of full-length fiction to take over my life.

On Facebook I read of professional magazine writers who can no longer write for magazines, and I see why. I don't buy or read them except in my dentist's waiting room, but when I do, I keep searching for content and find virtually none, just the glossy flab of more, and more, and more ads. The actual magazine starts some 50 pages in, if it starts at all. Someone has deemed that readers want a brief chunked-up Facebook-type read, skip, skip, skip. I know I should not be so contemptuous of this, because the truth is I do it myself. 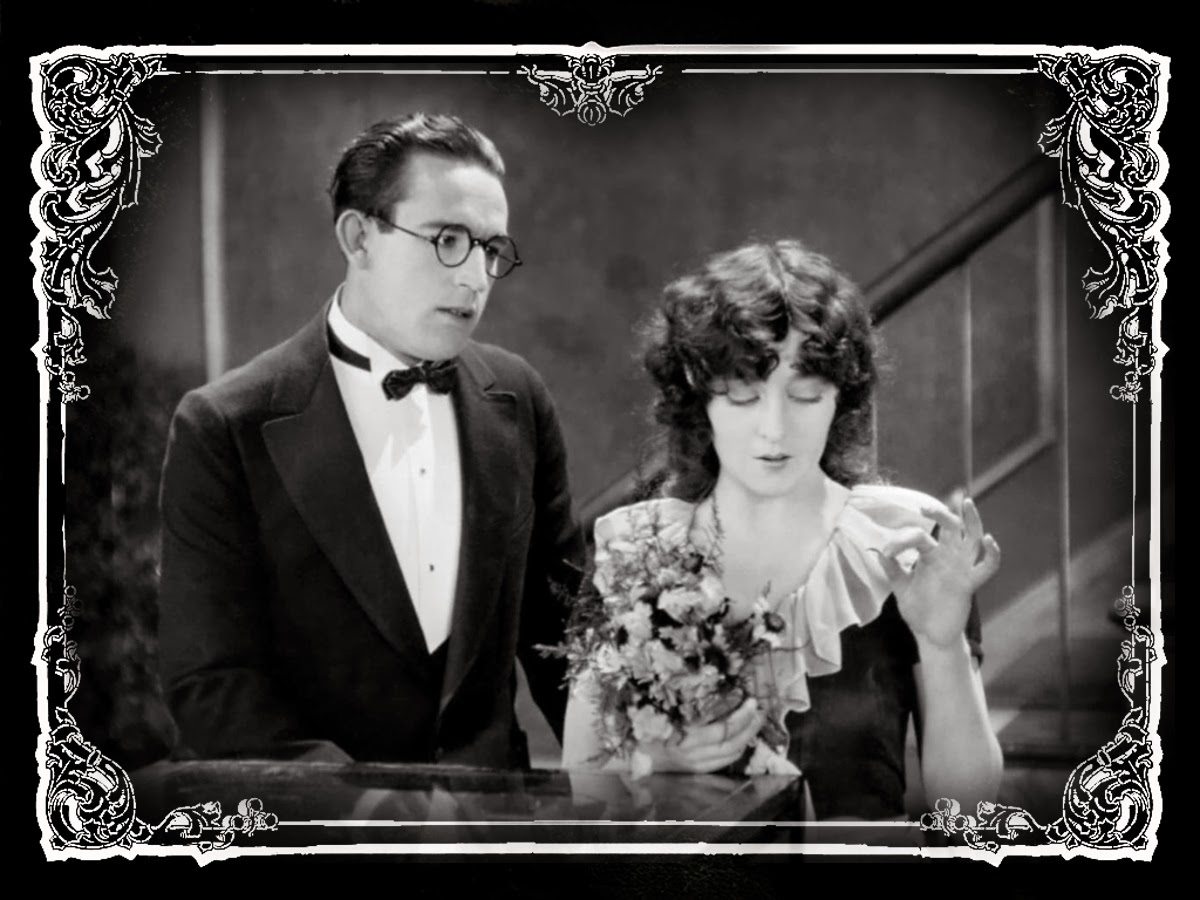 According to Facebook, and let's face it, Facebook is a different Facebook for everyone who is "on" it, things are pretty bad in literary-land, even in the once-comforting groves of Academe where you are no longer allowed to express your pain (perhaps part of the happy-face syndrome of social media). It's a crap shoot, though (more crap than shoot), and as people incessantly tell me, it has always been that way. A line from Dylan Thomas insanely jumps into my head: "My hero bares his nerves along my wrist". What does it mean? Jesus on the cross? Heroin abuse? Sex? Death? The Colossus that was toppled or washed away in a tide of booze? Thomas had every advantage a poet could have, was lionized and widely published and even (gasp) appreciated, and yet, like too many poets before/after him, the result of his "success" was that he went broke and died.

When I am in this turquoise/cobalt state I listen to too much Shostakovich, and as is normal for abnormal me, I fixate on one work and play it to death. Lately it has been the towering Fifth Symphony: not just any version, but the revered Bernstein interpretation from the 1960s. My hero bares his nerves, indeed. Bares his ache. I'm not sure what Shostakovich was like, though I remember reading that a great deal of his music was written for Mother Russia. Perhaps that even explains the triumphant ending of the searing, almost-unbearably dysphoric Fifth. OK, let's go major here, because really, we don't have any choice. 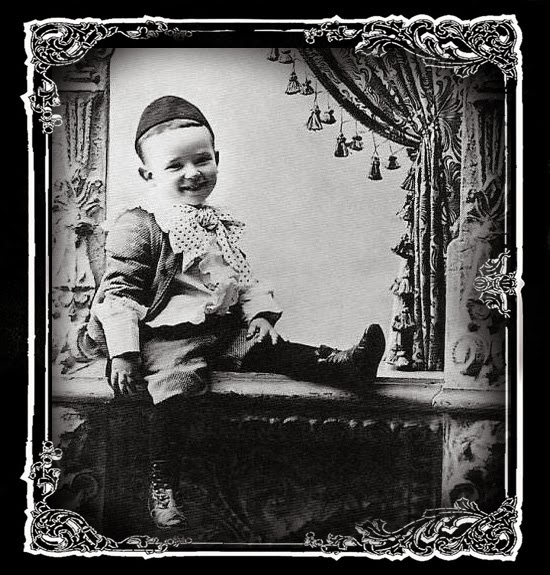 And the rest of the time he wrote movie music, which was probably kick-ass, and there's nothing wrong with that because 95% of movie scores are dreck. But he was keeping body and soul together, was he not? Nothing wrong with that. Or so it seems. We have no record of what he thought about it.

And as for Bernstein, once a magnificent bubble of brilliant ego, he deteriorated with the years, and NOT because after years of hiding he decided to come out of the closet. He deteriorated because, like Dylan Thomas, he drowned in alcohol, falling off the podium and propositioning young men at random.

Harold Lloyd didn't sell out, or at least I don't think he did. But in spite of the fact that he certainly didn't need the money, he made one last grab at a comeback in a strange film called The Sin of Harold Diddlebock.  This was shot in the early 1940s, and if Harold's "boy" of the 1920s was dated with the advent of sound, he was downright archaic in the '40s, when Tracy and Hepburn were working themselves into a comic fever. It's not that he didn't look good - he did - but in a sense, he was a 50-year-old boy, a man trapped in amber and stopped in time whose career and love life had not advanced in more than 20 years.

I didn't like this film, nor did the public, but what ruined it wasn't just Harold's legendary clash with the smart and snappy director Preston Sturges (who is named Sterling Prescott in my novel). It was the opening, in which for the first time we see the Glass Character deeply depressed. I still can't watch it: Lloyd is a subtle, mercurial and often brilliant actor, which is the key to his comic genius, and when he plays depressed, it's depressed. It's painful. We don't want to see the Boy that way. The picture was supposed to be a continuation of The Freshman, but since when was the Freshman supposed to turn out like this?

He chased after a successful comeback, and ran and grabbed, and for all his phenomenal determination, he didn't win, the prize slipped through his fingers. To his credit, he did NOT drown himself in alcohol or otherwise go insane, but turned his formidable energies to other things, positive, life-affirming things,  including philanthropy.

Is there a lesson? I am no good at lessons, or I wouldn't write at all. I simply have to do this, though I still don't know what "this" will mean. It took me three years of pain to find a home for Harold, I was beginning to lose all hope, and now this, another chance! I'd rather feel the pain of success (with all its attendant horrors) than the existential funk of failure, scrambling around to find meaning in it all. 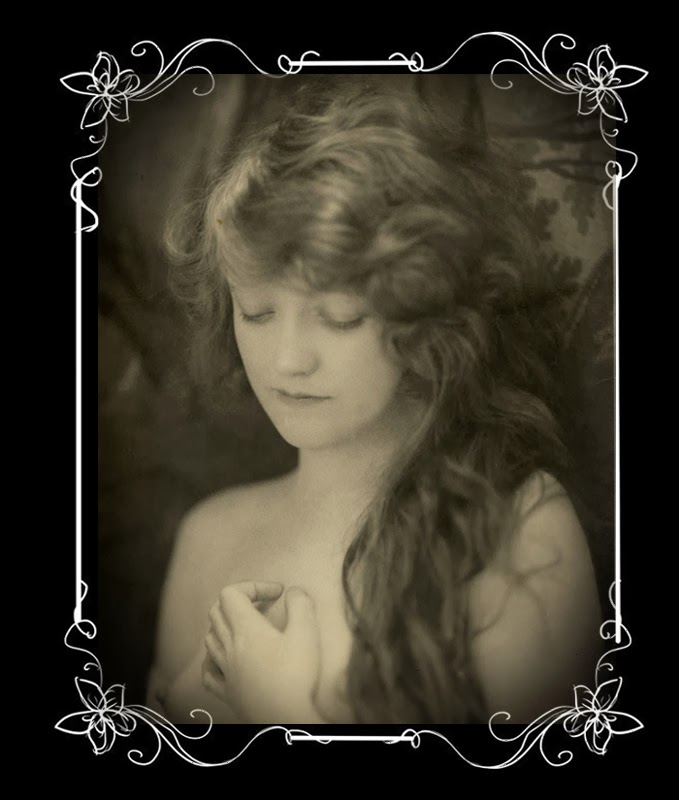