Sister Wives: hot and bothered in the kitchen! 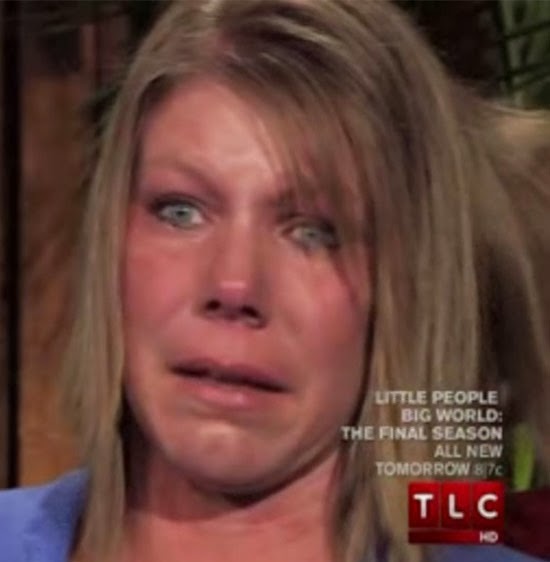 1. Spread fritos out on a big jelly roll pan turning them so most of the scoop sides
are up.

2. In a sauce pan combine corn syrup and sugar and stir gently.

3. Cook only until little bubbles begin to form. Do not cook too long or it will get
too hard when it cools.

4. Remove from heat and mix in peanut butter until it melts. Pour over chips on pan.

Good to eat immediately. Sometimes we melt chocolate chips and drizzle
over the top. 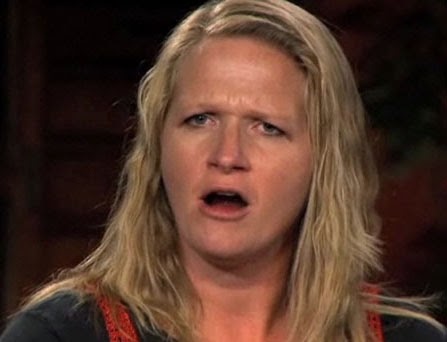 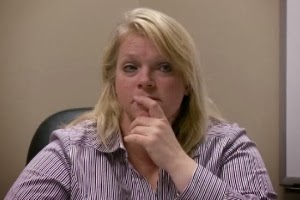 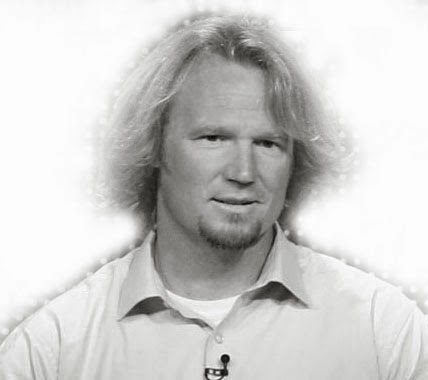 So what does patriarch Kody Brown say about all this? "As polygamist cooking goes, this cookbook surpasses all the rest. I mean, our house hasn't seen a vegetable since 1983, but our starch favorites can't be beat! Right, Brigham?" 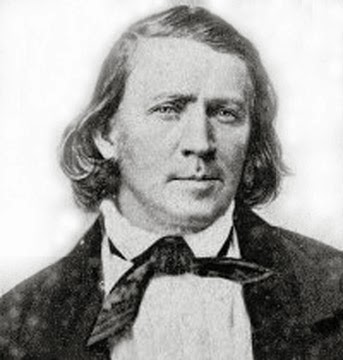 Posted by Margaret Gunning at 1:48 PM No comments: 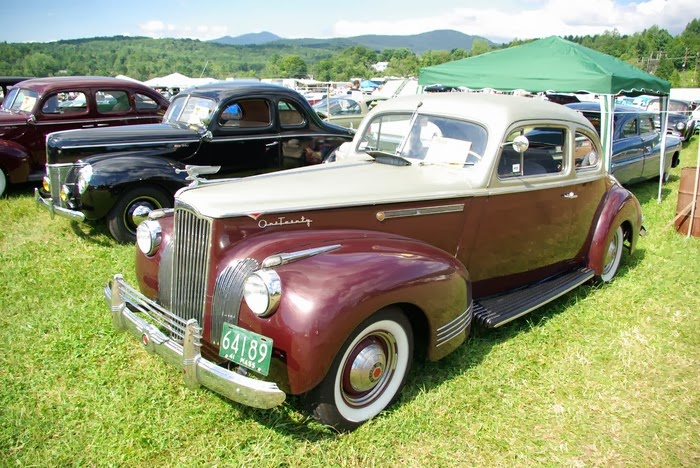 Could this be the one?

Like the Handsome Prince, I have sought Cinderella for years now. I've schlelpped around a very big glass slipper - glass boot maybe  - trying to find The Car, the gaspingly beautiful car I saw a long time ago, years ago, when I was standing at a bus stop.

I don't care two figs about cars. I don't drive them, and I think they are the worst culprit in global climate change. I hate them, in fact. But every once in a while. . .

I seem to favor the late '30s - early '40s models, maybe because they were featured in hyper-romantic movies like Casablanca. I love the bulges, the sleek lines, the tiny freakish rear windows you could barely peep out of. 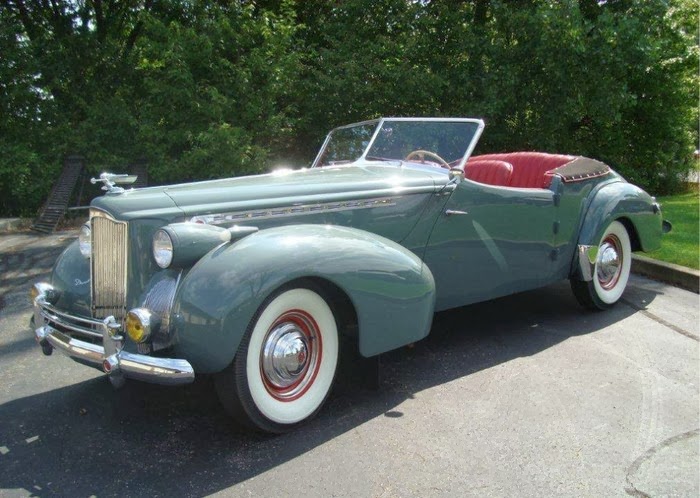 It did a strange thing then. Rather than drive on, it turned into a demi-strip-mall, but the driver didn't get out. He (I could just barely see it was a he) drove around the perimeter in a half-circle, very slowly, then pulled out and drove away.

Was it preening, primping, parading just for me, or were there other gawkers? It was obviously a vanity move. Look at me. Rather, look at "it", this treasure from another time, beautifully restored in probably about a billion hours for a billion dollars.

I realize now that in spite of the similar coloring, this isn't the car. There was more chrome on it, and the colors were placed differently, separated sort of diagonally.  It sloped down more dramatically at the back, and was quite a bit longer, with those odd covered back wheels I could never understand, giving the impression the car was growing out of the pavement. And it didn't have a running board, meaning it was probably a year or two newer than this photo.

For a long time I thought it was a 1940 Mercury Westergard, and I guess it's possible. Anything is possible, except I've never seen a Westergard (even in a photo) that wasn't gleaming cherry red. Seems like some sort of an automobilic law. 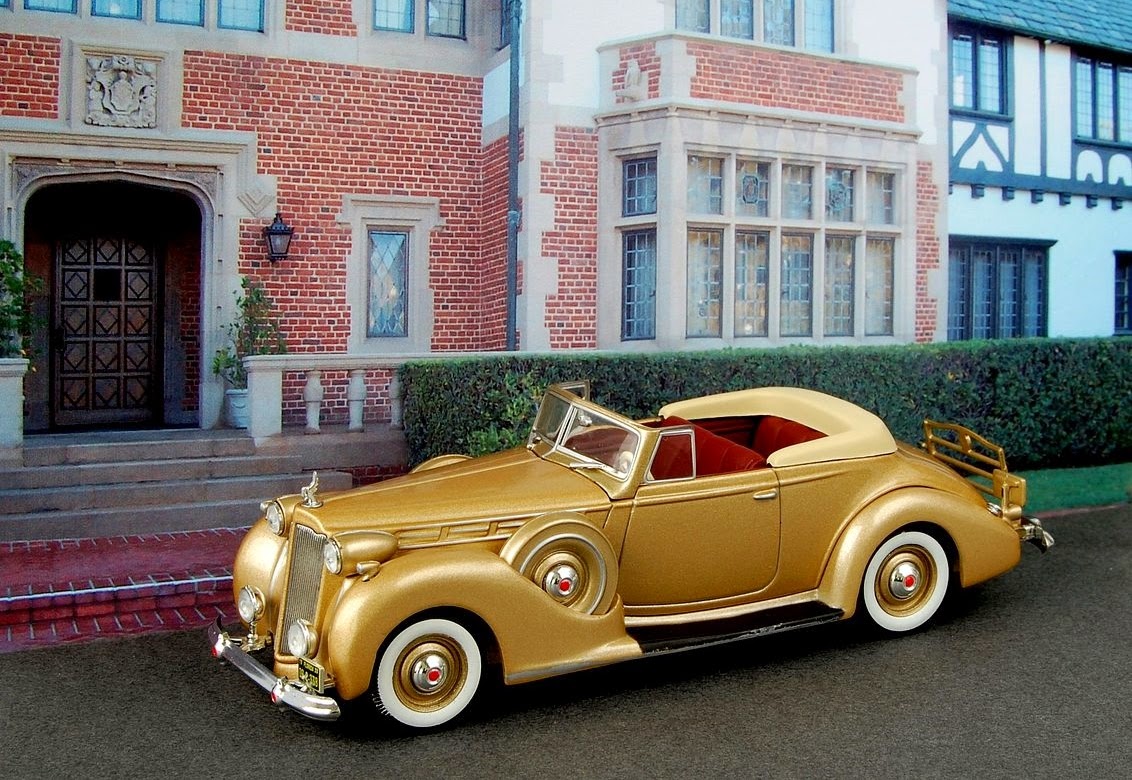 But this is the closest I have come. It's called a Stowe Vermont Packard, which means  nothing to me except that many of the car photos I'm collecting now are Packards.

It's not the car. But maybe a distant cousin.

http://margaretgunnng.blogspot.ca/2013/04/the-glass-character-synopsis.htmlhttp://members.shaw.ca/margaret_gunning/betterthanlife.htm
Posted by Margaret Gunning at 11:39 AM No comments: