I promise you, this is the last video! I know I've posted this before, but it bears repeating. It could only be real. Amazing how a man can get through a performance knowing only 10% of the words.

Posted by Margaret Gunning at 3:13 PM No comments:

Posted by Margaret Gunning at 3:08 PM No comments:


I just like the concept. The video is, of course, a hoax. But the vastly slowed-down picture and soundtrack is pretty frightening. Supposedly the munchkin committed suicide because he didn't make the Lollipop Guild.

Posted by Margaret Gunning at 2:12 PM No comments:

Just had to do some music today, I feel so played-out. As Oscar Wilde once put it (or was it Oscar Levant, or Oscar Mayer?), the two worst things in life are not getting what you want, and getting it.

Or, to quote Roger Sterling of Mad Men, the worst thing is seeing someone else get it.

I love this song because she is just turned inside-out and must be expressing some pretty heavy stuff. I once heard she was abandoned by her father as a child, a confusing heartbreak that inflicts the kind of unhealable wounds that make an artist.

As a young woman she fell in love with an older, straight, married woman, which must have been agony. This was the Athena that leapt fully-formed from the head of Zeus, the birthing of a supernatural being entitled Ingenue.

Yes. The divine wound that, for just one second, causes us to stop bullshitting (at least to other people) that everything is perfect in our lives. But try it. Try being vulnerable and see where it gets you. For every k. d. there are a hundred Marilyns (or Amys or Mindys or Anna Nicoles). Life under glass destroys people, though it's the thing we're all supposed to want.

To be Famous. To do something Really Impressive, while the really (really) impressive people insist it doesn't matter, that it's all art for art's sake, and that money is the least important thing of all.

So what is the most important thing of all?

I could say love, being an ageing hippie, and I know it for a fact, because it's all that's left when the rest of your life drops away under your feet. Being an instrument of love, embodying it, which I do very poorly, except perhaps when I am with my grandchildren who saved me from certain oblivion.

The least important? Posturing? Vanity? Narcissism? Shallowness? Fine, except that it seems to be exploding under the heady influence of social media.

The refrain goes like this: "My lfe's better than your life, my life's better than yours." It's typical for people to get very depressed after going on Facebook, but as with any other addiction, NEXT time is the charm, the next hit or drink or snort or click or "like" or "poke" or whatever-the-fuck, will do it for them, will get rid of this hollow howl once and for all. 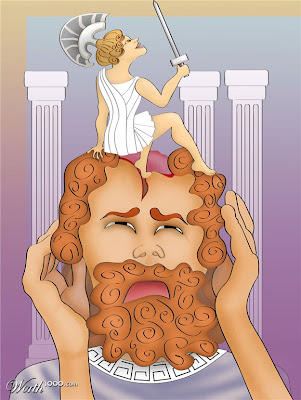 http://members.shaw.ca/margaret_gunning/betterthanlife.htm
Posted by Margaret Gunning at 1:12 PM No comments: