Posted by Margaret Gunning at 5:26 PM No comments:

Separated at birth. . . the strangest one of all 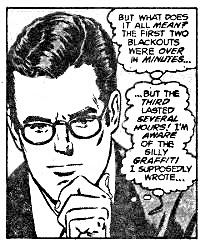 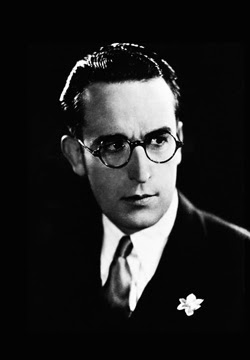 Posted by Margaret Gunning at 5:12 PM No comments:

Blogger's note. I found this delicious article in a magazine called The Magazine (from somewhere in Britain, the BBC I think). As usual I was looking for something else. I got watching old documentaries on YouTube about the history of the computer, The Machine That Changed The World (including one made in 1992 that approached the subject with a mixture of spine-chilling awe and goggle-eyed dread). Then I got watching old Commodore 64 ads ("I adore my 64. . . I rate with it, create with it, telecommunicate with it" - one of the best jingles ever).

Then I found those old IBM ads with Charlie Chaplin, charming little vignettes designed to take the trembling horror out of this "new technology". The Mad Men of Madison Avenue must have decided to reach deep into the past and use a hapless, harmless, hopelessly anachronistic charmer (one that everyone instantly recognized) to neutralize people's fears of a soulless and totally-mechanized future. Didn't work, but it was a good try. 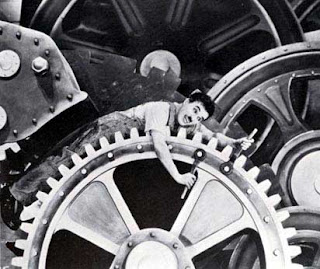 Anyway, before I get totally sidetracked, this list of "40 ways we still use floppy disks" came out almost three years ago. I just could not post the entire 40, so I did a bit of editing and limited myself to the more intriguing and original uses.

(Hey, the floppy may not be dead yet. The other day I was on a publisher's web site and, after telling me in a scolding tone that I must type my manuscript on 8 1/2" x 11" white bond paper, double-spaced, on one side of the page only, in 12-point pica type, they told me that if by some far-flung chance they actually decided to BUY my manuscript, I was required to mail it to them on floppy disks. So you see? Some people in the publishing business still get by with 20-year-old computers. That's economy, by Jove!)

40 ways we still use floppy disks 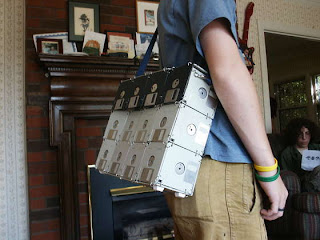 Floppy disks: headed for the museum, or treasured home for your data? When Sony said this week it was halting the production of floppy disks, the Magazine set out to discover who still buys and uses this anachronistic computer storage medium. Here are (not 40 - just the good ones) explanations for why floppy disks are still needed.

I regularly buy floppy disks. I own a pub with a retro theme and I use them as beer mats.
Shaun Garrod, Ashby de la Soul

I am an artist from London and I use floppy disks to produce my paintings. I tile them up as canvases. The personal information on each disk is forever locked under the paint, but the labels are left as a clue. I use the circular hubs on the reverse for eyes!
Nick Gentry, London 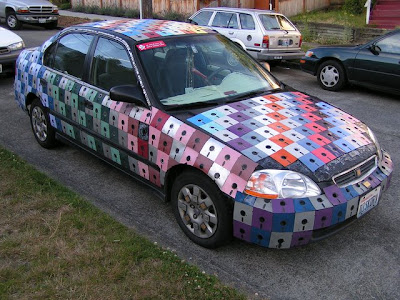 Not as much a user as an owner of a great many floppies, I was planning to tile the roof of my shed with them (using the two existing corner holes to take the nails) until my wife forbade it. 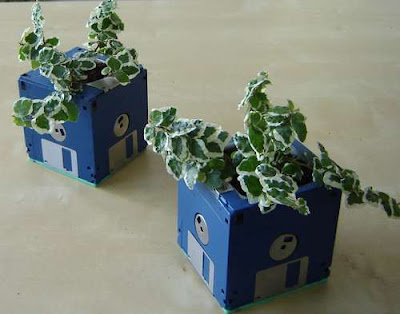 Have you seen the cost of clays for skeet shooting? Pull!
Paul Taylor, St.Helens England

Drilling holes on four sides and interlocking them with industrial clips, I have created a retro futurist sliding curtain for a client's loft. Monochromatic colour floppies with occasional accents of bright red and yellow give different moods on sunny days or ambient lighting by night. On them are stored formulas and theories of leading edge scientists...
Paolo, Montreal

My band released our first single on a floppy as a gimmick last year. It took us quite a while to find somewhere that actually sold them anymore.
Chris Bennigsen, Manchester 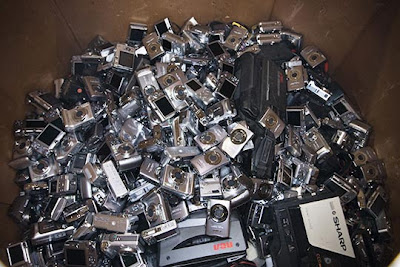 I buy these little beauties for a quite different reason. The floppy disk costs an average of £3.66 for 200, however they have a resale value of £5.50 at any good computer recycling centre, so I buy them in bulk and simply sell them directly at a profit. Take that, Bill Gates.
Cynthia, Tamworth

I still buy and use floppies for my electronic organ and some older synthesizers. Many professional keyboardists still own older synthesizers for their unique design and sheer power.
Nick Chan, Kuala Lumpur, Malaysia

I put handles on them and sell them as spatulas. I sell thousands of them a year.
Stan Russell, Squatney, Delaware – USA 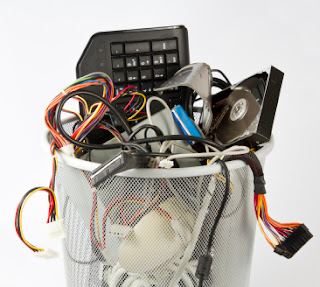 I buy about 100,000 floppies per year as I have a business that makes them into drinks mats, fridge magnets and toast racks.
Ken Pork, London

I have a stack of old 3.5" floppies I keep in a box. They work perfectly for adjusting a bookshelf or the like set up on carpet. If the bookshelf tilts, I just slide floppies under the appropriate corners until it's upright.
Greg Goebel, Loveland CO USA

I've always used an old floppy disk as an ice scraper for the car, just the right combination of rigidity and flexibility. Just don't use the side with the metal sleeve on. They last about a year before they need replacing from my endless pile from the 1990s.
Chris, Swindon, UK

I use a multitude of coloured floppies as a fashion statement, as part of outfits I make. The pieces I create are for cyberpunk/goth outfits.
Alexandra "Chii", Yorktown, Virginia, USA 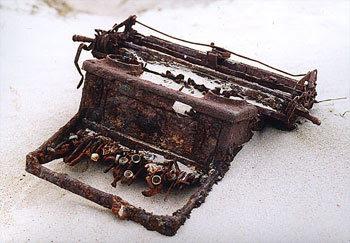 Sad to say but there are a lot of ancient computers in church and school offices, and the old lady at the church or the school runs it the same as she did 20 years ago, so the floppy is her tool of choice. I donated a couple of newer used PCs to the church and had to take the floppy drives out of the old systems and put them in the new systems for her. Simply amazing.
Barry, Dayton Ohio, USA

Recently I decided to lay down some new concrete walkways at my home, and came upon the idea to grind up floppies (along with some other plastics) to mix in with the concrete. The addition of the fibres makes for a stronger concrete, and looks interesting as well.
New Orleans, LA, USA 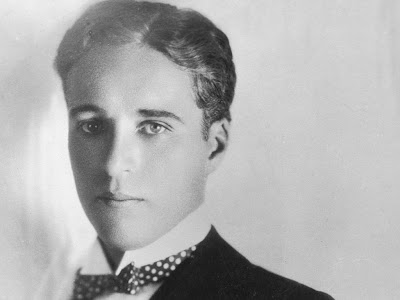 Posted by Margaret Gunning at 9:56 AM No comments: 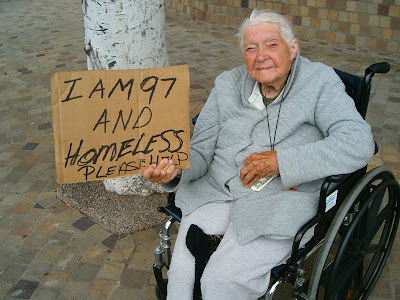 Today's Vancouver Sun plopped on my doorstep with a special supplement on The Art of Retirement. On the cover was a vigorous-looking older couple jogging on a nature trail (though admittedly, he looked like he was having some trouble staying upright). Hmm, I thought, a supplement! Didn't that mean the usual thing? I was right: the entire section was one big ad, glossy articles written by glossy experts, all working in the very glossy Old Age Industry. These included Barry LaValley, President, The Retirement Lifestyle Centre, and Susan Eng, Vice President of Advocacy, CARP. 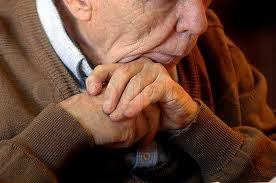 While I've done my share of carping as I careen towards my own seniority, this struck me as just one more way that old people might get "taken". In other words, convinced to hand over desperately-needed cash in return for the services of a consultant assuming almost superhuman mobility and endless financial flow. The following glossy piece almost completely sidesteps what I think of as the two most crucial needs of the ageing population: good health and money. (I put those in that order because you can't exactly go on cruises if you're dead.)

But what can you expect from an organization called "mediaplanet"? 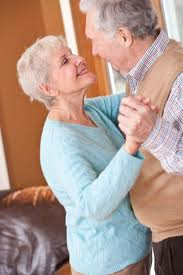 Finding your style: how do you want to retire?

Retirement, as the saying goes, is when we stop living at work, and start working at living. It's important to stay fulfilled, and each of us has our own unique way of doing so

The art of your retirement is in you. 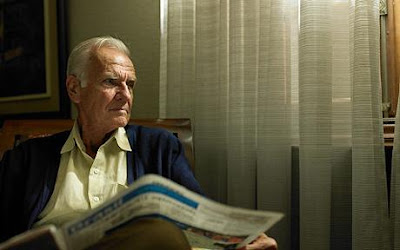 For example, some of you will find satisfaction pursuing intellectual concepts, technology or innovation especially in your field of expertise where your knowledge is appreciated. You will gather data and information to make informed decisions about your finances. You may work, consult, mentor, play bridge or other challenging games, study or invent.   you are most likely to enjoy individual sports like running, biking, or golfing. 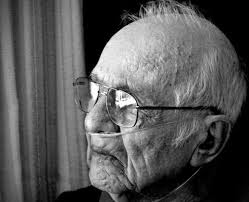 Go with the flow

Some of you will live your retirement making it up as you go, living in the moment. Your ability to observe,assess and come to quick decisions will be rewarded in work or volunteer roles.You will want the financial freedom to splurge and live spontaneously. You will need free rein in retirement so you may start your own company, perform or go on adventure travel. Practicing competitive sports will keep you in shape. 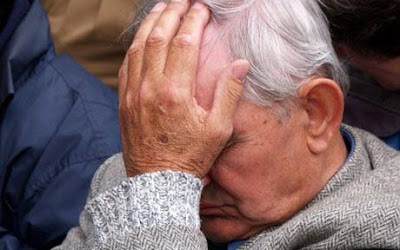 For some of you being of service to an organization where your natural talents to plan, organize, and coordinate are needed will be a fit for you. You may have difficulty spending the money you've diligently saved for your retirement until you are sure you will be able to meet your financial obligations now and in the future. For fun,you may belong to a choir, arts group,or book club. Hiking,dance,or ski clubs may be the way you stay fit. 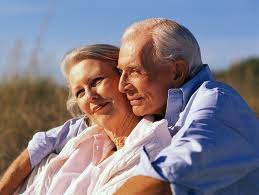 Taking action to make this a better world will be fulfilling for some of you. Your strengths building relationships will allow you to make a difference. You will want to make financial contributions to worthwhile causes. You may volunteer, support friends or family, read or paint. You may like to enhance your well-being by taking walks or doing yoga. 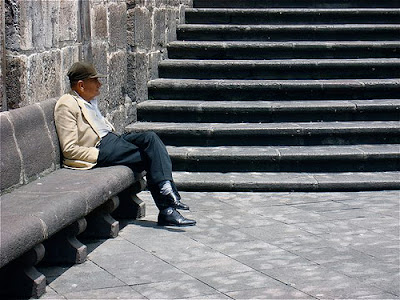 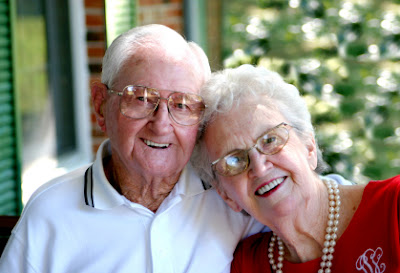 POST-BLOG. Doing my usual digging around, I was quite astonished to find that I. J. (Ida-Jean) McIntyre probably does not exist. I can't find a photo to match the pleasant mid-30s image that went with the newspaper article. In fact I couldn't google anything up at all. I mean, NOTHING. It makes me wonder if even her name is bogus: who under the age of 110 is called Ida-Jean? She's yet another chimera, folks, along with (probably) all the other glossy experts in the supplement, never explaining who they are but always willing to separate you from your cash. You never see them, of course, but they're in the newspaper so it must be true. (I wonder if they ripped off those photos from other people's Facebook pages.)  This is no better than those vermin who used to go door-to-door, come in and pray with lonely old widows, then sell them aluminum siding before skipping town without a trace.

http://members.shaw.ca/margaret_gunning/betterthanlife.htm
Posted by Margaret Gunning at 9:30 AM No comments: