This is an actual transcription of an actual Facebook post, just a normal everyday post with the names changed, which for some reason made me want to lean over and howl.

Posted by Margaret Gunning at 11:31 PM No comments:

The day Marty Scorsese became my friend. . . sort of 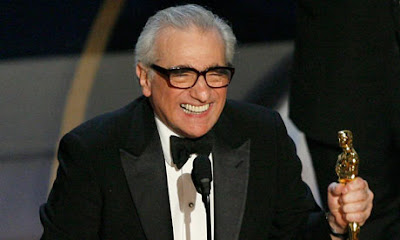 I don't have time to be writing this cuzzadafact that my hubby and me will be leaving in a minute to have brunch at a Chinese restaurant we love. We're celebrating something amazing that happened to me last night, something closely connected to my novel The Glass Character, but I can't tell you what it is yet. Let the egg incubate for a while.

It's these phony Facebook pages. Yes, I know, they are probably ubiquitous and usually involve big Hollywood stars. I honestly wonder how many big Hollywood stars have TIME to keep a personal FB page. Anyway, one day a while back I stumbled on a so-called page for Martin Scorsese. There were at least half-a-dozen sites for him, mostly fan sites you'd follow.

I got curious. Hey, what if one of them IS his real FB page? It looks like you can send a friend request.  I sent.

Months went by and I forgot all about it. Today  I got a notice in my inbox that, yes, Martin Scorsese was now my friend! I was absolutely flabbergasted. Soon I'd be hobnobbing with all the moguls and glamor-pusses of the Silver Screen. Yeeee-owdimus! 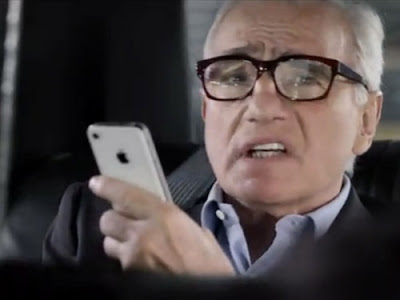 But then, I looked a little more closely.

The whole page looked a little "off", somehow. There wasn't much information of any kind. But it plainly  said "in a relationship with Marina Filoc". I tried to find out anything about her, but could only determine she could not speak English and worked at a shiatsu clinic.

One of Marty's "posts" pictured Billy Wilder's grave with a caption that read something like, Do not say I am stupid, am only writer. There followed a FLOOD of fawning, ingratiating comments about the post, praising Marty's articulate brilliance. "Am only writer"! Look how he plays with the idiom, ignores it, turns it on its ear! Look how he stands up to the mundane rules of grammar! He is a genius! It went on and on. Oh, Mr. Scorsese, thank you for allowing me to be your friend, I love your work always, I love Taxi Driver, is my favorit movie when it come on theTV at night, etc. etc., hundreds of them. 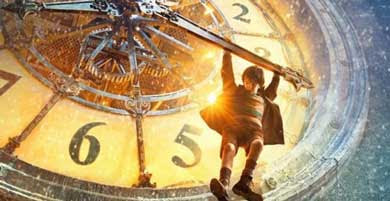 Scorsese has been married to the same woman for years, and her name ain't Marina Filoc. Marina Filoc, who on one site stated that she working her English ver hard to improve, is trying to cash in by hitching her rickety wagon to his oblivious star. Surely if she's Marty's main squeeze, she's going to have lots of attention, plenty of offers for. . . whatever.  I guess there are no rules against that sort of thing, against trying to siphon something off in case all that drooling drivel slops over the edge of the bowl.

But it does make you wonder how many other FB pages are completely bogus. After all, it's not strung very tight, is it? You can pretty much be anyone you want to. A 20-year-old shiatsu therapist can suddenly become one of the most powerful figures in Hollywood history, and instantly have thousands of people fawning all over her and believing her without question.

Given the level of discernment we see in the Facebook community, who's going to know the difference?

http://members.shaw.ca/margaret_gunning/betterthanlife.htm
Posted by Margaret Gunning at 4:20 PM No comments: