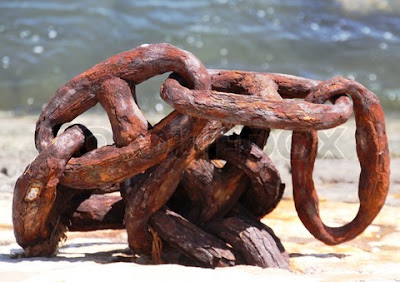 They should install a little tap on the inside of my arm. That’s what I’ve heard people say. I never thought it would apply to me until a few years ago when it became apparent that, for health reasons, I was going to need “blood work” done (and just what does THAT mean?) every three months or so.

It’s an art to tap the mysterious underground streams that throb inside us, and not everyone can do it. My life is besmirched and besmutched by botched attempts that left deep bruising and yielded almost no blood at all, as if I were a human turnip or had somehow turned to stone. 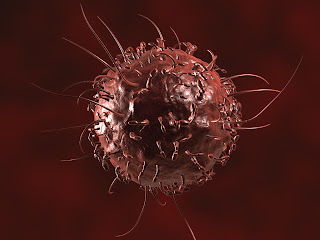 I’d be happy to keep all my blood, thank you. Especially now that I am no longer a prison of the Moon Goddess that makes us all run out and buy tampons every month. Science needs but a few cells, likely, but always takes what seems like tanks full of it.

I don’t know what it is, but I’ve had some sort of revelation. Or something. For years I had my “blood work” done at a local lab I could walk to. Seemed like a good idea. But over the years the service got worse and worse. At least every other time, and eventually every time, the technician couldn’t find a vein. They slapped, they smacked, tied the rubber thingie tighter (though one dithering lady who seemed on the verge of hysterics insisted on tying it loosely around my rolled-up sleeve “so it won’t hurt your skin”). Then they’d jab. Jab jab. Oops. Pull out, turn around, jab some more. This is what it must have been like for Victorian women on their wedding night. 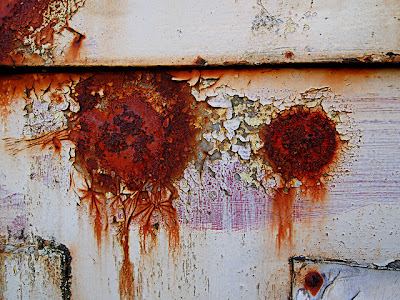 Then they’d get “that look”. Anger mixed with panic. Anger at ME, actually – they’d usually say something like, “Do you have this problem all the time?” or “Your veins are so tiny!”, or something that made me feel equally swell.

My veins wished they could apologize.

The worst was when they had to bring in a second person because the first one just couldn’t do it. Then panic ensued, with technicians running jerkily back and forth like something out of a silent movie. I hit rock-bottom a few months ago when, unable to get blood from either arm, they tried to get it out of the back of my hand. It hurt like hell, took ten minutes of agonizingly slow drips, and yielded about a thimbleful, which is probably all those lab fuckers need anyway. 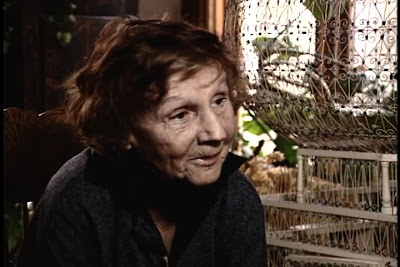 I don’t know why I didn’t think of this before – maybe I assumed it was one of those geographical cures that’s never supposed to work – but one day I thought, hmm. I thought, WHY DON’T I TRY ANOTHER LAB? Surely all technicians can’t be this incompetent, this panic-stricken and unsure of themselves, not to mention insulting to their clientele’s veins.

So I did it. A little uneasily, I cracked the door of a clinic that looked pretty much like the old one. Surprisingly, the waiting room wasn’t choked up with unhappy-looking people in winter coats: I was able to go in right away. As a last-minute decision, I decided NOT to say anything about my “problem veins” or my miserable lack of success as a dispenser of my own blood.

Cool in the hands of the technician, an older woman with a no-nonsense manner.  I relaxed like a dog under the care of a good vet. The whole thing was over in 30 seconds, and I never even felt the stab.

So easy it was, it was almost pleasurable, which I know is a pretty perverted thing to say in this age of vampires.

OK, I said, fluke. HAS to be a fluke, or maybe this particular technician is a blood-drawing genius. But the second time, with a different one, it was just as laid-back and painless and FAST. No waiting for the agonizing drip. . . drip. . . drip. . . of  blood being tapped by a needle stuck in the wrong way, at some bizarre angle arrived at by corkscrew-like drilling.

It seems like we have a and a Land of the Other-Type-Thing. The bloodletting today was just ridiculous. She didn’t even say “make a fist”, and I did not feel the brief stab of entry at all. In fact, by the time she finished, I wondered when she was going to start. 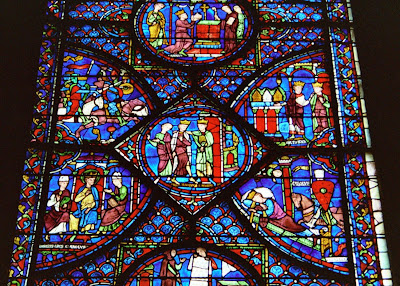 It’s a mercy, for lately the frequency of the drilling has only intensified as new medical “issues” have come up, some of them scary as hell. I shouldn’t think the worst, of course. But I’m suddenly in that netherworld of clinics and waiting rooms and pee bottles and tiny circular bandaids and seeing specialists who may or may not turn out to be special.

I have another test next week involving not peeing for several hours, the sort of procedure pregnant women go through all the time. When I was pregnant, the doctor stuck his ear on my stomach and got more or less the same results. But now science must look inside me. Deep inside me.

Any time I’ve had a health crisis, which is not often, I would always feel silly when I got the test results back: no, we couldn’t find anything. Part of me wishes they WOULD find something. I crave the drama. But I also hate to be sick. Even having a cold makes me resentful. 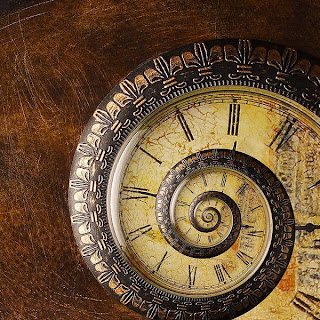 After a most intimate probe in yet another specialist’s office the other day, I was assigned a colonoscopy in February, quite soon actually, meaning my case is of “moderate” importance. In other words, I’m not quite at death’s door from internal rot, but nor am I doing this just for an afternoon’s entertainment.

I’ve heard all sorts of things about this procedure. My husband had one done 30 years ago when preparation involved taking  twelve boxes of laxatives the night before, followed by lying helplessly on your stomach with no sedation whatsoever while they Roto-Rooted your insides. I hear now it’s easier, but the preparation takes five days. Fortunately you’re stoned out of your mind while they do the drilling, which I honestly look forward to.

But the thing is. . . some part of me, an insistent part, sometimes whispers in my ear, you might really be sick. They don’t do all this shit to a well person, do they? Or maybe they do, to rule it out. 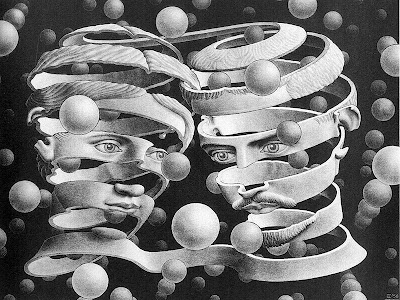 How would I feel about that? I have to confess that a part of me leaps at the possibility of death with a sort of dizzy joy, like a dog reuniting with its master after the war. It reminds me of that Buddhist saying, “Throw down your earthly garments and run to me.”

It’s subversive even to think these things, let alone write about them. And yet, I do think them, pretty much daily. I look at my life and I have to conclude that it hasn’t exactly turned out.

Not like I thought, not as I wanted, no not at all. I look at others who have “made it”, who have succeeded and live in a world of stimulating company and conversation, while I sit there knitting. 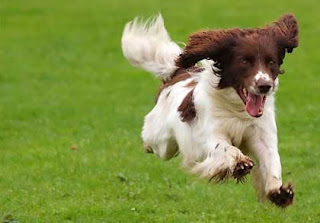 I look at authors who’ve won the Giller, the Booker, the Nobel. Well, why not go right to the top while you’re feeling this bad. While I sit there looking at form letter rejection slips from wormy little backwater presses that won’t even give me the time of day. I look back and see years, and years, and years, hundreds of these humiliations, followed by yet one more masochistic attempt, the faithful dog too idiotic to know when to give up.

So why do we live? We’re set in motion, and it’s assumed from then on that we WANT to live. Why? Aren’t we sort of stuck with it? 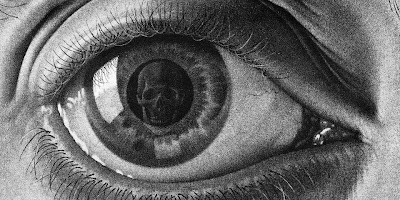 I guess I live for the wrong reasons. I live for other people, which is also known as “codependency”. It’s a no-no and I must stop it and only live for myself, a self so tattered and shredded with disappointment that I am sure it won’t hold together as the sole reason for staying around.

The other thing that sneaks into my mind is this: you know it’s going to happen. I’ve seen six friends die in the past few years, from illness, accident, suicide. Some were younger than me. I have no idea what happened to them, where they went, what happened to their essence. I guess they just stopped. I guess WE just stop, and then there’s nothing. Ever. Or just a few atoms of memory in the minds of others that, too, will eventually stop.

So why scramble so hard to keep all this going? It’s assumed that life is an unalloyed good. It’s assumed that happiness is everyone’s natural state, and if you’re unhappy you have a “disorder” and have to take medication for it. What is "assumed" is generally a crock of shit, which is one of the themes I keep returning to in this blog.

Personally, I have always walked through life feeling like an accident. Due to the helpful information conveyed by my much-older siblings, I know I wasn’t planned, and am pretty sure my mother wanted an abortion. My father talked her out of it by saying, “You wait and see, he’ll be a genius, smarter than all the others added together.”  I’ve felt like a sharecropper here on earth, in this reality, which is why I try so fervently to transcend it with music, with writing, any way I can.

And yet, the Great God Accomplishment still looks down on me, shakes his hoary head and says with a tender smile, "No."

Our lives are supposed to be a priceless gift from God and all that, even if we feel like shit a lot of the time. Pain is the norm for an awful lot of people, and endurance their only choice. Even though I’m not supposed to because it makes me codependent, I DO live for other people. I live because I have this idea – I need to think it’s true – that if I died, a few people would feel it. Not many; perilously few. But those few matter immensely to me, and I don’t want to inflict pain on them. I have done enough of that already. 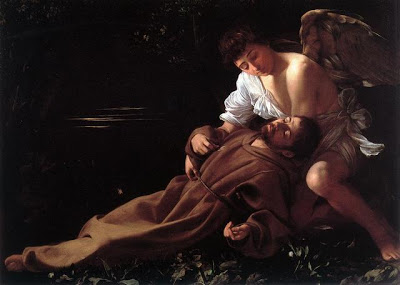