The sex life of ungulates: or, I'm in an awful rut

Amorous elk has a thing for cows

'This year he decided to go for it'

By Wendy Cox, The Canadian PressOctober 19, 2012
Some-where east of this Cariboo community wanders an enormous bull elk, stripped of its crown of six-point antlers and a misplaced attraction for one of Greg Messner's cows.

The elk, a loner that had been turning up at the century-old 100 Mile Ranch to check out Messner's herd for three years, was relocated earlier this month for its own safety and for the probity of the cow.

"He stuck around for a couple of days the first year," said Messner. The ranch has been in his wife's family for its entire history.

Messner said the elk's visits have been a curiosity. Elk are so rare in the area that Messner and anyone else who stopped by to have a look at the impressive creature in the pasture simply call it The Elk. 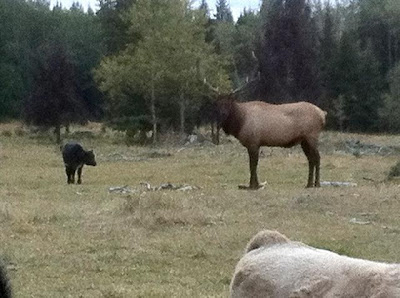 "It's kind of like the Queen," Messner explained. "There's only one of them."

This year, the beast decided to stay a while and ended up mingling in the herd for about two months during its rutting season.

One of Messner's cows was also in heat and the pair became a freakish but constant spectacle.

"If you were there watching, it would be an X-rated movie. Several times a day," Messner said with a chuckle.

"He was pretty aggressive. He'd put his head down with his great big antlers and poke the little calves and push them away and send them for a little ride once in a while and flick them around."

Messner estimated the elk at about two metres tall and 1.2 metres wide and weighing about half a tonne. 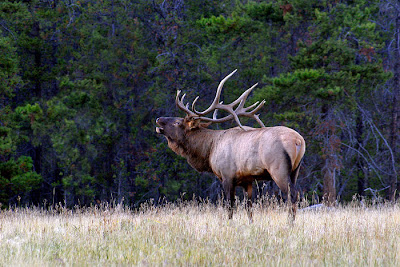 He said he finally called a biologist at the University of Northern British Columbia after inquiries from neighbours about whether his cow could have been impregnated by the elk.

"He had a huge rack, but he was too well-endowed by chromosomes," Messner said.
Messner was told an elk has eight more chromosomes than a cow, making the likelihood of a hybrid calf a near impossibility.

But it wasn't the amorous nature of the elk that finally prompted Messner to break up what he called "the harem" in his pasture.

The ranch is bordered by the highway and cars were stopping as passengers tried to get a look at the amorous ungulate, which from time to time would hop from one side of the pasture fence to the other.

Messner said the final straw was when hunters turned up, the lure of a six-point rack potentially dangerously enticing.

"Trucks were pulling over and people were watching this poor elk through the scope of their gun and people were doing U-turns on the highway. It was becoming a real dangerous situation."

Messner called in the conservation officer. He, the officer and two RCMP officers sedated the elk and removed its antlers to make it less appealing to hunters (elk shed their antlers each winter, anyway) and less of a threat to the cows should it decide to return.

The elk was then loaded into a truck and taken about 20 kilometres out of town, towards the mountains.

"I kind of think he will be back next year," said Messner. 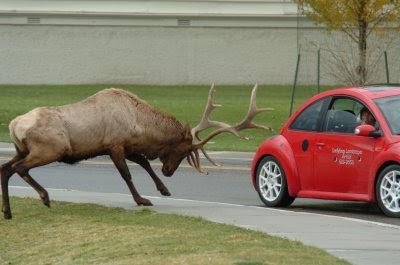 Blogger's comments: I liked this story, mainly because it wasn't about George Gershwin or flies. It also gave me the opportunity to post some incredible YouTube footage of bull elks bugling in the fall, a display of dominance proclaiming "get away from my females" along with that well-known locking of antlers.

Would an elk really pursue a cow - I mean, a cow cow, not a cow elk, an elkess? Sure he would. I've seen footage - and it's not a pretty sight - of stallions being "bred", i. e. breeders collecting semen samples from stallions, and what they do (cover your eyes if you're very modest) is put a thing like a condom on the stallion, then sprinkle mare urine on another thing that looks like a pommel horse. Anything that looks even vaguely horselike will do, I guess, because the stallion is usually fooled and takes the expected flying leap.

I wonder about animals, I really do, cuzzadafact that they generally only get to breed once a year. With these ungulates (and how I love the name) and horses and such, there is usually a bit of foreplay, the male gets aroused and jumps her, and a few seconds later. . . it's all over. For another year. 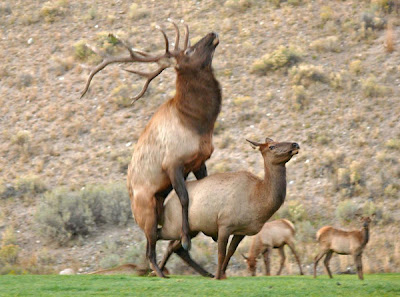 Compare and contrast to humans. I've read statistics - I'm not making this up - that the "average" married couple has sexual relations approximately three times a week. That adds up to 156 "ruts" a year, if I have the math right. These statistics don't specify if this applies to newlyweds, or people who've been married for 40 years.

Since the average ungulate doesn't live for 156 years, not by a long stretch, we have a pretty bizarre phenomenon here.

I think there is pressure in our society to make sure married couples always have "great" sex, that it lasts more than a couple of hours, and that both partners have orgasms at exactly the same time, just like in a Joan Crawford movie where the violin music swells and the camera pans away to a roaring fireplace. 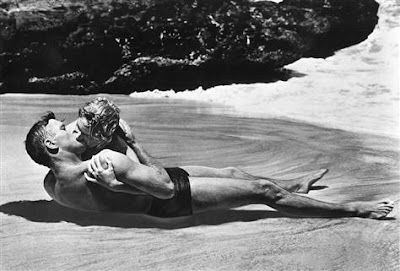 How many men (and women) know how to bring this about? We don't have sex lessons, do we? The very idea is shocking and repugnant in our society. I don't even know if those coy sex manuals of the '40s and '50s exist any more (for surely they were better than nothing).  We're expected to just sort of pick up all those complex skills along the way and bring them to the marriage bed. (And I can imagine how it must have been during all those centuries in which you weren't supposed to have premarital sex at all.) 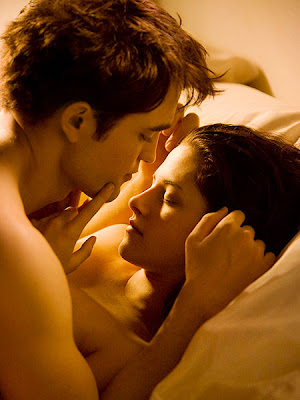 Hey, I don't know what "most couples" experience because to be honest, I'm not "most couples" - I feel like I'm too damned old for three times a week - but I do know that sexual desire often extends beyond the bounds of the marriage bed. Why? Lots of reasons, one of them being that NO ONE can live up to the sex-manual-and-movie-driven standards of six hours of feverish passion a week or whatever married people are expected to sustain.  I'd be thaddle-thore, I think, and unable to do more for several months.

We're left as confused as some of those poor bugle boys who probably don't even know why they're making those beautiful but strange sounds, so full of accidental harmonics and hopeless longing. 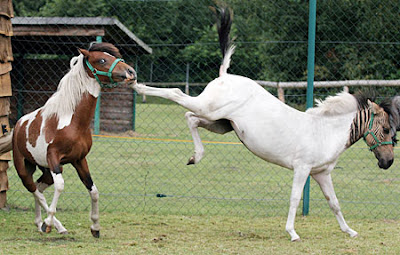 Posted by Margaret Gunning at 9:59 AM 3 comments: