Sooooooo! You think George Gershwin was an original, do you? You think he was the genius of that place, y’know, that alley with all those tin pans lying around? You think he wrote hundreds-a great songs like Mammy’s Little Baby Loves Shortnin’, Shortnin, and Mairsy-Dotes? WRONG. He stole from everybody, just like every legendary composer who ever lived. 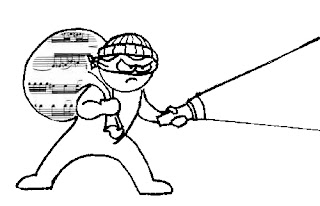 This exposé will intersperse my unique revelations about Gershwin and his times with comments from that unassailable fountainhead of true lies, Wikipedia. The author uses it all the time to lend an aura of veracity to her completely fictitious essays and to casually bend facts to her own inclinations. Pay attention! 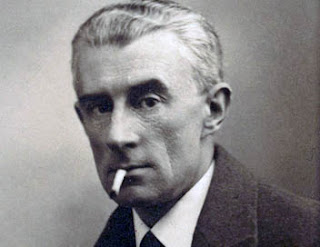 Gershwin was influenced by French composers of the early twentieth century. In turn Maurice Ravel was impressed with Gershwin's abilities, commenting, "Personally I find jazz most interesting: the rhythms, the way the melodies are handled, the melodies themselves. I have heard of George Gershwin's works and I find them intriguing.” The orchestrations in Gershwin's symphonic works often seem similar to those of Ravel; likewise, Ravel's two piano concertos evince an influence of Gershwin. 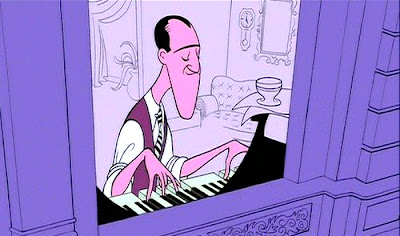 Gershwin asked to study with Ravel. When Ravel heard how much Gershwin earned, Ravel replied with words to the effect of, "You should give me lessons”. It was never made clear what kind of lessons he meant.  In fact, there is little evidence that Gershwin even understood French and had no idea what Ravel had just proposed. “To me,” he was quoted in the press, “it all sounds like Hinky Dinky Parley Voo.” 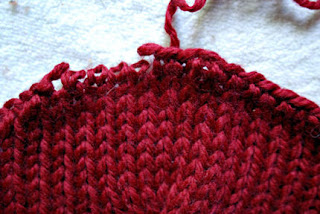 In spite of the fact that their attempt to meld their talents failed, the composers had something in common: they both died of brain tumors. This is proof that extended periods of composing causes the brain stem to harden into a hockey puck. Either that, or medical science is wrong and tumors are catching.

Some versions of this suspicious "you should give me lessons" story feature Igor Stravinsky rather than Ravel as the composer; however Stravinsky confirmed that he originally heard the story from Ravel, at one of those salons where they waved at each other and went, “Wooooo-hooooo!” Other accounts differ. In fact they differ so wildly that, as with most musical anecdotes,  it probably never happened at all. 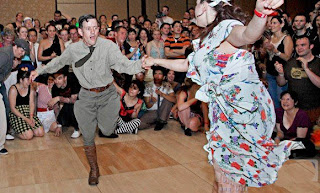 Some claim that Gershwin was a time-traveller who showed up in Bob Dylan’s closet in 1962. Dylan's early faux-rockabilly style was a complete failure in Dinkytown,a very small pioneer settlement in Minnesota where none of the residents were more than 2 inches tall. At the time, Dylan was playing a pink plastic electric guitar with gold sparkles in it that he ordered out of the Sears catalogue.

“I want to study with you,” stated Gershwin, citing his complete lack of expertise in writing popular song.

“Hey man,” Dylan replied (though it is doubtful these are his exact words: citation required). "We can't study together. I already dropped outa high school." 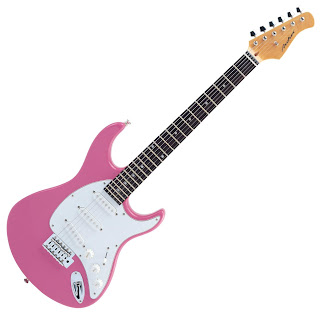 “I don’t have any hits,” Gershwin claimed.

"Sing one for me, o legend of your times." 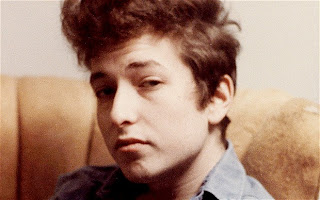 "I note that the tune is somewhat monochromatic."

"Yeah, easier to remember, man. I have to write my changes on my sleeve."

"And the lyric has a certain primitive energy. After all, Cole Porter did allude to a glimpse of stocking."

"Well I ain't makin' a livin' at it yet. Too busy obliteratin' my middle-class upbringing and fabricatin' my image as bum ridin' the rails with Woody. But things are lookin' up. I’m screwin’ this girl named Baez and she's goin' places."

“Do you mean he plumbs the depth of the human soul?”

(This is a good example of how a completely inane remark can be twisted around to reflect future genius.) 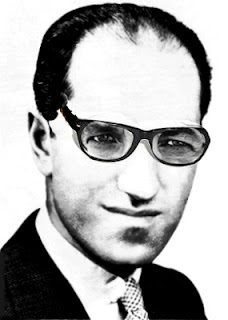 But his collaboration with Dylan was not to be (sorry about the title, I changed my mind as I wrote this), nor did he ever work with that other guy whose name is so hard to spell. So he began to steal from other rock legends, notably Bruce Springsteen, whose remarks are not on record. 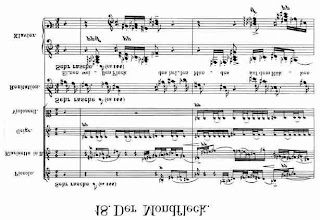 But the vandalism didn’t stop there. Gershwin's own Concerto in F was criticized for being related to the work of Claude Debussy, more so than to the expected jazz style. The comparison did not deter Gershwin from continuing to explore French styles. The title of An American in Paris reflects the very journey that he had consciously taken as a composer: "The opening part will be developed in typical French style, in the manner of Debussy and Les Six, though the tunes are original." Others claimed he used the term American to give the piece a veneer of cultural relevance while he sucked all the juices out of the French impressionists. Later Leslie Caron (French!) dumped a bucket of sexuality over the whole thing like whitewash, which is all people remember anyway. 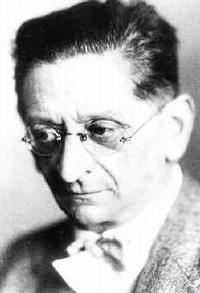 Aside from the French influence, Gershwin was intrigued by the works of Alban Berg, Dmitri Shostakovich, Igor Stravinsky, Darius Milhaud, and Arnold Schoenberg. He also ripped off Beethoven, Brahms, Schumann, Cole Porter, Richard Rodgers and Irving Berlin (his chief rival, who never learned to play the piano and was in fact tone-deaf).  He also asked Schoenberg for composition lessons. Schoenberg refused, saying "I would only make you a bad Schoenberg, and you're such a good Gershwin already." Gershwin’s reply was, “Awwwwwwwwwwwwwww.”  (This quote is similar to one credited to Maurice Ravel during Gershwin's 1928 visit to France – "Why be a second-rate Ravel, when you are a first-rate Gershwin?" He then hit him up for a loan.) 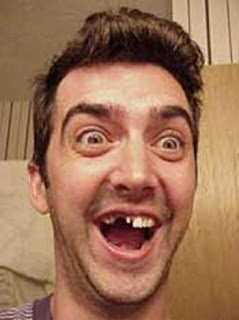 The  “first-rate Gershwin” remark which every composer in human history claimed to have uttered first has in fact been attributed to Gershwin himself, or perhaps his longtime walking companion Giorgg Greshvinn.

Gershwin’s dog was also named Gershwin. An Irish setter, the dog caused confusion on Tin Pan Alley, where he often drank from a tin pan, and in the salons of Paris where he had his fur foiled (he was actually a black lab). Gershwin was sometimes heard to exclaim, “Good boy, Gershwin!”, which was mistaken for arrogance on his part. Later one of his rivals George Greshwin wrote in the Henbane Times, “That new song Gershwin wrote is really a dog.”

Then again, there is Oscar Levant’s most brilliant, mind-blowing, searing quip ever, better than anything he ever blurted out on To Tell the Truth or Hollywood Squares: “An evening with George Gershwin sure is boring.” 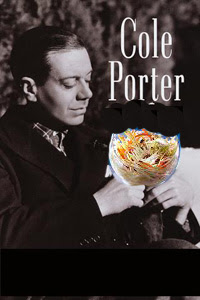 Russian Joseph Schillinger's influence as Gershwin's teacher of composition (1932–1936) was substantial in providing him with a method of composition. (Author's note: Wikipedia wrote this atrocious sentence, not me.) There has been some disagreement about the nature of Schillinger's influence on Gershwin. After the posthumous success of Porgy and Bess, Schillinger claimed he had a large and direct influence in overseeing the creation of the opera; Ira completely denied that his brother had any such assistance for this work. A third account of Gershwin's musical relationship with his teacher was written by Gershwin's close friend Vernon Duke, also a Schillinger student, in an article for the Musical Quarterly. (And so on, and so on, and so on. Time for a new paragraph.) 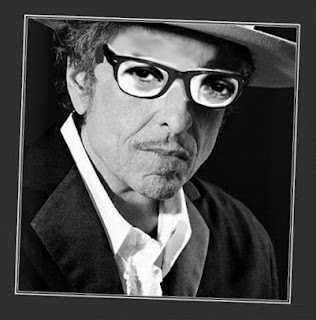 Porgy and Bess caused controversy in 1936 when it was retitled The Watermelon Review. Featuring only white actors in blackface, it was raided and permanently closed by the police when the burnt cork melted off the actors’ faces, revealing the shocking fact that white people had appeared in a black opera. Gershwin’s suggestion that the opera be restaged with black actors was met with stunned silence. A modest revival featuring Al Jolson playing all the characters (singing such tunes as Mammy, You is my Woman Now and Sum-sum-summertime) resulted in a record number of rotten tomatoes being thrown at the stage, to a possible depth of .  The star of the very first talking picture The Jazz Singer was quoted as saying, “This was another Jolson triumph”, before going off to make a movie called The Jazz Singer II: Yes, It’s Crap, but It’s Got Sound. 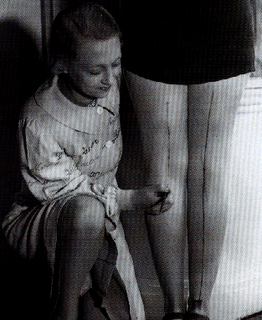 During another time-travel episode in 1967, Rolling Stone magazine attempted to analyze Gershwin’s plagiarism but quit after page 3 because they couldn’t get a good cover photo. Oscar Levant kept standing in front of him.

What set Gershwin apart, aside from his overbite, his strange-looking skin rash and a propensity for screaming in the street, was his ability to manipulate forms of music into his own unique voice. He took the jazz he discovered on Tin Pan Alley into the mainstream by splicing its rhythms and tonality with that of the popular songs of his era. In musical circles, this is known as “stealing”. Although George Gershwin would continually make grand statements about his music, he believed that "true music must reflect the thought and aspirations of the people and time. My people are Americans. My time is today.” Today didn’t last very long because his brain exploded 15 minutes later. He also dissed Toscanini for pretending not to have heard Rhapsody in Blue. “I can’t believe it,” Gershwin remarked. “He must have stuck bubblegum in his ears.” This statement appears in Bartlett’s Quotations on page 96 (citation needed: this whole article is complete bullshit!). 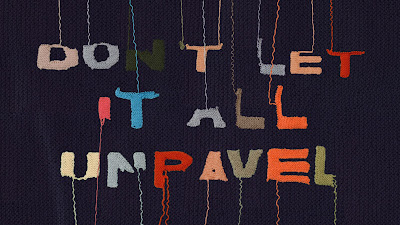 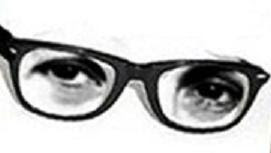 Posted by Margaret Gunning at 11:03 AM 8 comments: