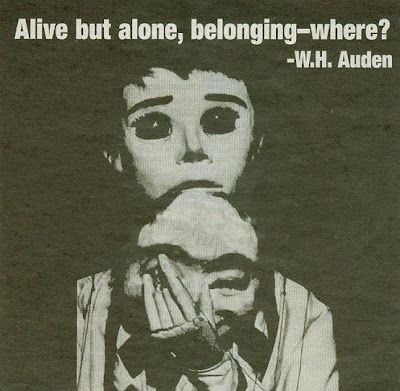 I cannot imagine the provenance of this, though I do remember carefully cutting it out of TV Guide sometime in the late '90s, putting it in a book, and forgetting about it. Then, much later, rediscovering it by accident and scanning it.

I cannot imagine what sort of TV show this would advertise.

What happened is, I was photoshopping some pictures, my finger slipped, and suddenly all the photos in the file just vanished.  In the same instant a new file popped up, or should I say a very old one, pictures from the deep past that I had long ago given up for dead. I had either misfiled them, or they had disappeared into another dimension.

Et voila. Somehow, for some reason, they popped back through the portal into the Now. This picture, which I sometimes wondered about and was beginning to treat like someone who was lost in a war, was back in my hands.

Perhaps everything does happen at once, the past is really the present, and Einstein is looking at us all with his enigmatic little smile. I can't figure out the huge-eyed forlorn boy puppet holding the awful grimacing mask, his skeletal wooden joints
and threadbare clothing.

Who does he think he is? Who is he trying to be? And why is he back here looking at me now? 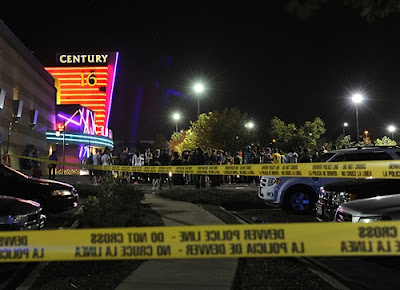 Like a lot of people, I find I can't live - can't go about my day-to-day activities and try to enjoy life - if I'm paralyzed with grief, horror and fear. At the same time, how can I NOT feel this, and feel deeply for the survivors who are reeling with shock and disbelief?

It COULD happen to me, or to you. We don't have special protection, even if we believe in "God" or "the angels".  It's NOT "a movie" or "part of the show". Those AREN'T "firecrackers", but gunshots! Gunshots that kill people.


Do you still think everything happens for a reason? Then tell me, explain to me: what was the reason for this? 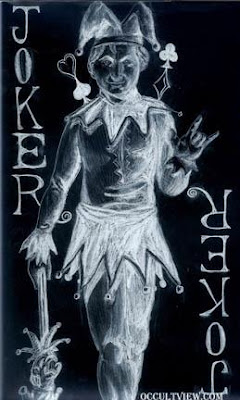 I get sad and melancholy and I don’t know how else to feel when the news is so horrendous. In a sense, you have to just push it away. It’s not good mental health to practice so much denial, and it’s not honest either, but what else can you do, not go out because you’re afraid you’ll be gunned down? I don’t care about me, though I’d rather be cleanly killed than be like Gabby Gifford who is now reduced to a bewildered, childlike state. 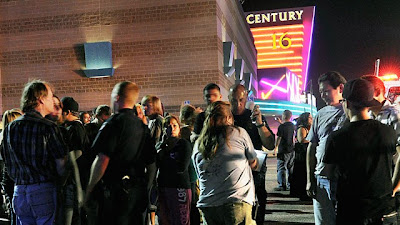 It’s my loved ones I worry about. All the time, really. I worry about apocalypse of some sort. The weather, world climate, which is already deteriorating alarmingly, fire and flood, drought and snowstorm occurring where/when they shouldn't be, and I wonder what I am leaving for my grandchildren and their children, if they even have a chance to exist. And/or terrorism spreading like an evil ugly cancer, ultimate weapons, what they used to call “germ warfare” that would knock out so many people, there’d be no one left to try to cure it. 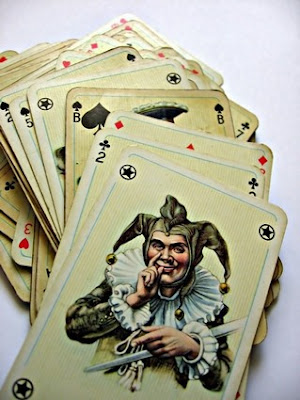 I know these are worst-case scenarios and the stuff of science fiction and  movies/books about the horror of dystopia, but still, did anyone anticipate 9-11? I don’t see how anyone could have, and that's what alarms the shit out of me. It was just a taste of what terrorists might do to us. If it happens again on a mass scale, of course it would be all-out nuclear war and the end of everything.


We can’t think about this, of course, but there is a cost to repressing it all the time. If you talk about it and openly express fear about it, you’re seen as a sort of party-pooper who doesn’t know how to have a good time (text-text-text, tweet-tweet-tweet!). I asked Bill once, “what’s IN all these texts? What are people texting about?” Bill said, “NOTHING.” And I think he’s right. They have no content, so all they are is a sort of mutual narcissism and a smokescreen insulating people from their feelings.

Myself, I lasted about two seconds on Facebook because every time I tried to post anything serious, all I got was dead silence, or a nasty jibe meant to send up my comment or minimize it with a joke. I felt like I was eight years old and being ostracized on the playground once again. 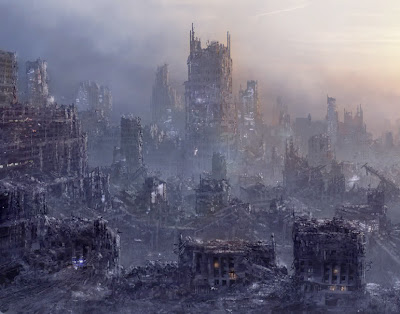 I'm not in a personal crisis now, my life is stable if a little dull, and in many ways I am blessed beyond measure.  But that doesn’t mean I have no problems. Is it normal to have problems? People pretend they don’t. But all these sick evil people are emerging who think it’s OK to randomly murder strangers, even children. Meanwhile people say things like, “I thought it was part of the show.” During 9-11, people repeatedly said, “It looked like a movie.” Do we know the difference any more?

With all this emphasis on "social networking", we're increasingly wearing masks and becoming anyone we want to be. It's fun for a while, then an awful barrenness steals in and begins to eat away at the core, the very foundation of your soul. And for the most part, you're not even consciously aware of it. Everyone's doing it, after all, so it must be OK. 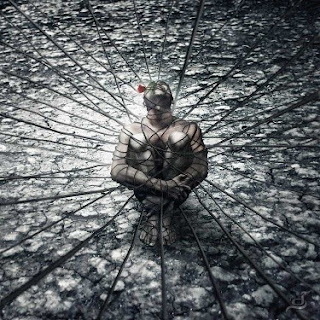 Constant shallow tweeting, texting and phoning about nothing drowns out the drone of horror in the background, the sound of those awful air-raid sirens I used to hear as a kid (supposedly, just being tested out, but tested out far more often during the Cuban Missile Crisis and at other points when the nuclear clock stood at a few seconds to midnight).

I never used to hear about random shooters when I was younger: did you? Did you hear about events like this, or Columbine, or people just randomly opening fire in mall food fairs?

Why is this happening now, when it never used to happen before? Though there is a tremendous amount of denial about this subject, in many ways our world teeters on the brink. Brink of what? Climate meltdown, terrorism on a scale so massive it's beyond our capacity to grasp - and, the thing no one talks about any more, vast, even grotesque overpopulation. 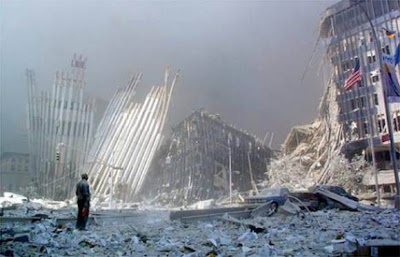 Being crowded together far beyond the carrying capacity of the planet, a planet we have poisoned grievously and choked with vast islands of dead computers and other forms of plastic that will never degrade, has done something to us. It's cooking up a huge vat of collective stress, the kind of stress that can explode alarmingly in a susceptible person. I have a theory about why so many people are becoming grossly obese: it goes beyond the ubiquity of junk food in seemingly every store. Cramming a chocolate bar in your mouth helps you push down that low-grade vibration of anxiety about our survival as a species.

Try to project all the problems we have in the world to fifty years from now. I am afraid to. I just don't see how we will be able to stop the juggernaut, the relentless progression of a destruction we set in motion ourselves, mostly through thoughtlessness and greed. 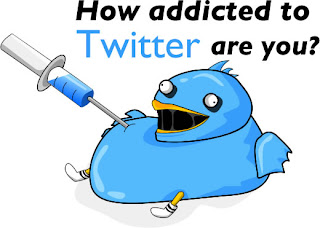 We treat these horrendous fires and floods as if they came out of nowhere, but I see it as the planet hitting back, finally unable to stand any more abuse. We HAVE changed the world climate, folks - irrevocably, and not for the better. I am afraid that these feeble attempts to reduce our "carbon footprint" is too little, too late.

But we are awfully good at numbing ourselves to the truth, whether with drugs, food, or an obsession with technology you can hold in one hand like an ice cream cone. 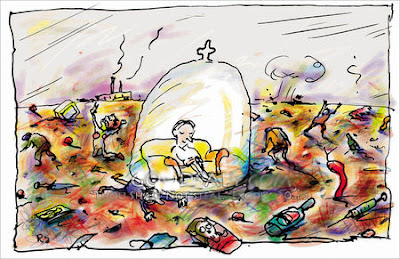 If a lonely, isolated, socially-deprived person with a fascination with weaponry begins to entertain an idea - an awful idea - what will stop him? He won't talk to a friend about it because he doesn't have any friends. ("He kept mostly to himself" has become almost a cliche in these situations.)  Friends aren't people any more - they're Facebook pages and "tweets". (And I think it's no accident that the inventor of this strange form of non-communication named it after the sound a silly, superficial, bird-brained creature.)

Every time something like this happens, authorities are quick to tell the public that it was an "isolated case", just one disturbed nut case whose mental illness had nothing to do with the rest of us or the alienated, anxiety-ridden, sick world we live in. That makes everyone feel better for a while. Doesn't it? 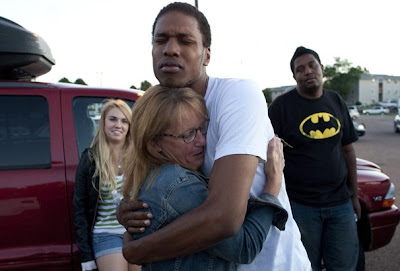 I don't know what to do about all this. It's as if I'm expected to care, but not care, or at least not care very much. I can't prevent another dark night, have no idea how to start. But the profound social isolation and alienation that gave rise to this horrific act affects all of us, without exception.

And in an awful kind of way, maybe it was.
Posted by Margaret Gunning at 11:55 AM 5 comments:

Flipper never had it so good. Interspecies romance at its finest. (Let's not get into animal hybrids here: catphin? Dolphat?)

Feladdin and his flying litterbox!

Something tells me these two were trained. At least poor Doggie fell on something soft.

This is a classic. But I can't quite figure it out! Looks like an endless loop of sliding kittens.

Without a doubt, THE cutest cat gif to date. But there's always next week.

Posted by Margaret Gunning at 10:00 AM No comments: