Don Draper and the shifty scientist 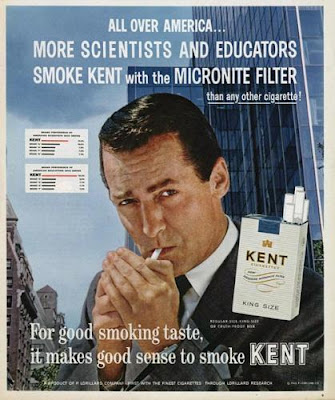 There's nothing I love more than old ads (except maybe old cartoons), and this one just reached out and grabbed me. Pure sixties nostalgia, sleek and sophisticated, which of course reminds me of my all-time-favorite TV series. . . 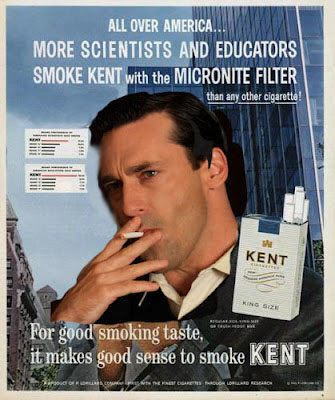 Et voila. This took very little photoshopping, was the exact size and head angle, and had a similar attitude of kibuki-like enigma. Don's in a little more contemplative mood than our "scientist and educator", who has the shiftyiness of someone who's about to blow up Cleveland. But they are oh-so-the-same: the skyscraper background, the clean boxes full of statistics giving the whole thing an air of - what? Of not-rotting-your-body-out-with-horrendous-cancerous-tumors-that-kill-you-before-you're-40?

Don's particular about his Luckys, but for the sake of the ad he must have been persuaded to switch. Now, wouldn't that be something - Don actually DOING ads? Posing for ads, I mean? Isn't he perfect? Isn't he the most amazing - I mean, he's the kind of guy who just smells good. Nothing more to say about it.
Posted by Margaret Gunning at 5:23 PM No comments:

Half-alive in the barren land of publication


This isn't the clip, oh no, this isn't the clip  I wanted at all. If you've ever watched this big lumbering thing on TV - and for some reason I do, every year at Easter time, even though the story of Moses has nothing whatsoever to do with Easter - you'll know that the good part comes AFTER this scene. In which Moses crawls on his belly on the scorching sand, while Cecil B. deMille says stuff like "pitiless days, forlorn nights, only the scorpion and the cobra for his companions", while it just gets better and better as Moses squeezes his wineskin or whatever-it-is (canteen?) into his mouth for the very last drop of water. Then he sort of collapses and all these women come after him, but we won't be bothered with that.

In short, it's about an ordeal in the wilderness, a test of endurance and faith.

For it was a rejection of a manuscript I submitted to a literary press, oh, some time ago. 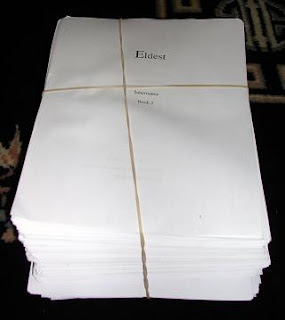 Yes. That is how long it took to get my "no". In the interim I made several inquiries, mainly because I had been wildly excited when they expressed interest in seeing my work. 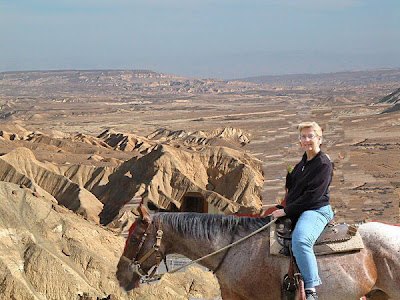 This was the biggest press who had ever shown serious interest in me. Maybe it would work out! All I had to do was deliver the manuscript in person (none of this electronic nonsense, no sir, and who trusts the mail anyway?) across 20,000 miles of uninhabitable desert. Sounded fine to me. I love hot climates.

But just in case, I wrapped one of those thingies around my head to keep the sand out of my ears.

The desert was pitiless, my friend, just like Moses' Land o' Cobras and o' Scorpions. It was a long hard ride as I tried to balance myself between reality
and hope.

Pretty damn hot out there, but luckily Fulton the Camel was more than willing to carry the immense burden of paper (all 12,000 pages). 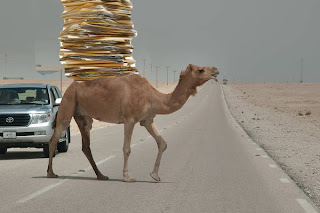 Along the way, Omar and I met some pretty weird types who had been out in the sun too long. This guy who forgot his clothes, and speaking of Moses, there was this guy who was looking at a burning BOOK! 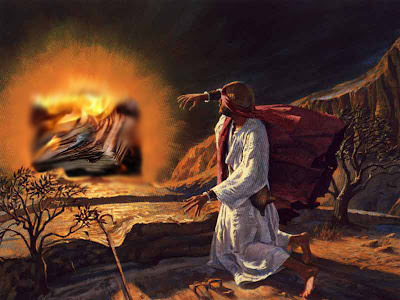 My horse got tired after a while, so I had to find a suitable mount. He moved kind of slow, but didn't seem to mind the heat. 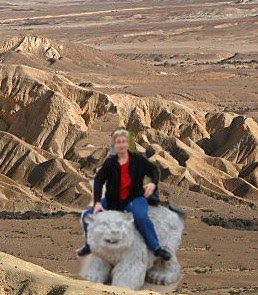 Why was I so surprised when the answer was "no"? 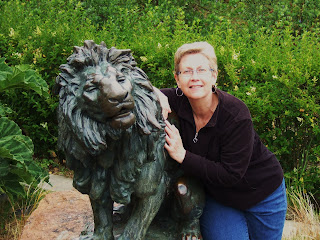 I wasn't. Surprised, I mean. Just devastated. Nothing like a hard punch in the gut after two pregnancies' worth of hope.

I mean, don't we all know it's better to rip the bandaid off fast? Must it be stretched out to a year and a half?

The only good thing is that I made a new friend, and he hasn't eaten me yet, maybe because he's made out of some alloy or something.  And Abu ben Adam (may his tribe increase!) has become my best bud, even though he insists on borrowing my lipstick and sunglasses. 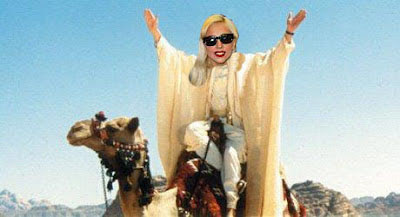 I may make fun of all this, because it's the only way I can keep profound depression at bay and try to stifle the dreams I've nurtured for more than fifty years. It sort of works. No it doesn't, but the really stupid thing is, I haven't given up hope even though I KNOW I should have, long long ago. 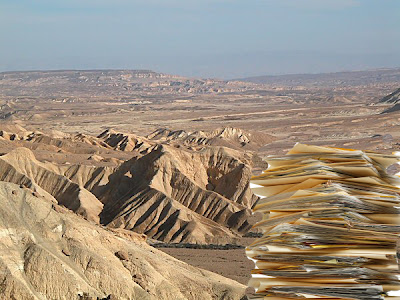 Meanwhile, my manuscript, fading from yellow to brown and lying perfectly camouflaged in the desert, awaits discovery and spectacular success in the publishing world. . . after I die.
Posted by Margaret Gunning at 1:12 PM 9 comments: