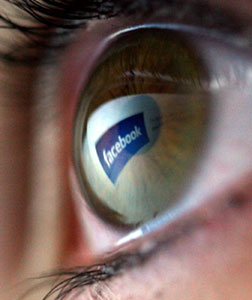 This post has been stewing around in my brain for months now, and I still don’t know if I’m ready to write it.  Or, perhaps, to be ostracized for it.

So I stepped, reluctantly, across the barbed-wire threshhold into an atmosphere that reminded me, most alarmingly, of the playground.

Were you ever bullied? Of course not! You wouldn’t be reading this at all unless you’re already on Facebook (and curious as to why anyone would crucify themselves by daring to say they hate it). And if you’re on Facebook, you have at least 1500 “friends” and have always been popular and have never been bullied and and and (as William Shatner once so eloquently put it) “blah blah blah!”

When I stumbled into this thing I was a stranger in a strange land. Though I had managed over the years to acclimatize myself to basic computer skills like email and blogging and setting up a web site, and all that sort of thing, I didn’t have a clue how to do Facebook and soon found that there were no instructions. It was that same old bitter dynamic that nearly destroyed me in my youth: I had gotten to the party far too late, everyone knew each other already, and they most certainly did not want ME around to clutter up their nice little tight-knit in-group. 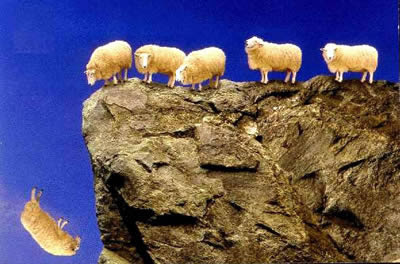 When I finally figured out how to post comments, I gingerly reached out for help with the system and got exactly no response. There was this dense, embarrassed silence. It felt like I had just said, “hey, someone help me! I don’t know how to use the bathroom.”

I felt like an incontinent old lady stumbling around in the dark.

Soon, I was alarmed to learn that most of my contacts – feeble in number, at the start – had at least 300 “friends” (300 being the starting point for most people), and some had well over 1000. Some panic light came on in my solar plexus and began to blink, blink, blink.

I was bullied – a lot – in school and outside of it. This was before bullying came out of the shame closet and teen suicide attempts inspired compassion instead of ever-more-elaborate and ruthless forms of ostracism. I still can’t really figure it out: I didn’t have green skin, I didn’t have two heads. Believe it or not, I did have friends, and these friends tended to be loyal and close. In some cases, I call them friends still (though not on Facebook).

So I wasn’t some piece of shit meandering along with a target painted on my forehead (but you’d never know it from the way I was treated). I was persecuted – there’s no other word for it. I was more than unpopular, I wasn’t even on the screen. So trying to find my way on Facebook stirred up some of the worst feelings from the bottom of the sludge barrel. A thousand friends? Would I meet that many people in a lifetime? 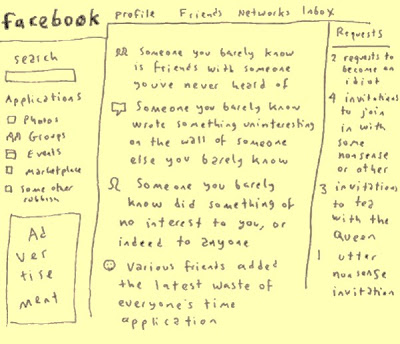 Dumb, stupid, incontinent old lady me! These weren’t friends. These were, well, I don’t know what they were. I couldn’t figure it out. When I tried to answer the question (or statement) “what’s on your mind today”, and if my statement had any sense of need or desire for help or any sort of vulnerability in it at all, I was completely ignored. I couldn’t say anything remotely critical  or I was “corrected”. Get back in line, fruitcake!

Gradually this changed as I realized I had to “cultivate” these thousand-or-so friends, that they likely wouldn’t just fly into my nest spontaneously. And a funny thing happened. From that point on, if I ever said anything at all or even commented on some else’s “anything”, I was generally sniped at. 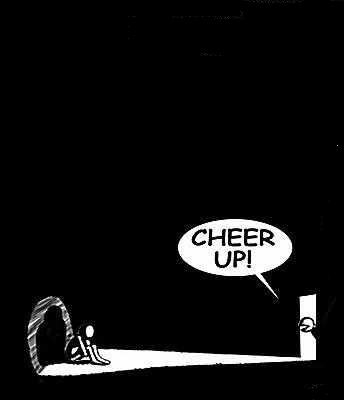 I was made to feel “geez, don’t you even know how things work around here?” – as if I didn’t already feel that way! In one case I tried to explain that I wanted to be careful who I took on as a “friend” and I would “unfriend” anyone who made me uncomfortable for any reason. Someone answered something like “wtf lady give them three tries then they’re out why don’t u lol?” Another said “I just let in anyone. Any old person who comes along, in the parking lot, out in the alley, hehheheheh.” The feeling was, OF COURSE you have to be careful, you fucking idiot, why are you making such a retarded statement anyway? Or else it meant, what? You have discernment? This isn’t about quality. It’s about volume. 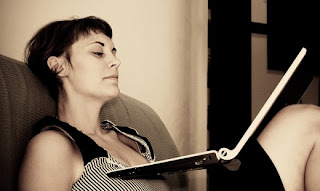 I’m reading more and more articles now about how Facebook is making us all much more lonely in a society where loneliness is already epidemic. Every time I force myself to go on Facebook I feel palpably pushed away. It isn’t fun. Since almost all my contacts are in the writing and publishing field, 95% of what I read is  self-promotion, done in a breezy “oh by the way” style that provides a nice pink floral veneer. Call it the Facebook wallpaper scheme.

Shockingly, this even seems to apply to writers who feel they're renegades and outside the mainstream and standing up to the status quo. 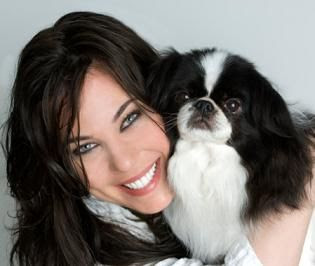 Yes, I’m a writer too and the whole reason I got coerced into this thing is so that I can promote my next novel, which is written but not exactly published yet. Maybe this is my incontinent-old-lady mentality rearing up again, but I was taught NEVER to refer to my accomplishments in the writing field. You’d have to pry it out of me with forceps that I ever won an award, or was shortlisted (that weird sister to success that provides a sort of shadow-gratification for the up-and-coming). You’d have to turn me upside down and shake me to make me admit I had ever had a positive review.  I was a Canadian, and this was the proper thing to do. Anything else was inexcusable arrogance and rudeness and would alienate everyone for sure. 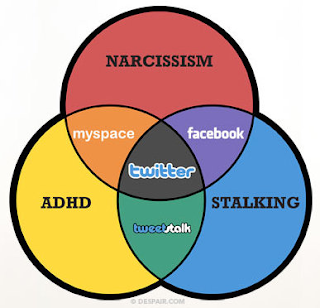 Now it has been turned inside-out and upside-down, and EVERY occasion, every launch, every luncheon, every book-signing-where-one-person-shows-up-because-they-think-it’s-a-different-book, probably about fishing, is now a chance to turn clownish cartwheels and wag your stumpy little Wheaten Terrier tail for attention.

I’m sorry, folks, but I am just so sick of this.

Yes! I see that this is the information age. Yes! I see that selling a book (nobody knows this better than me, believe me) is now so difficult that one must become a shameless self-promoter to get anywhere at all. 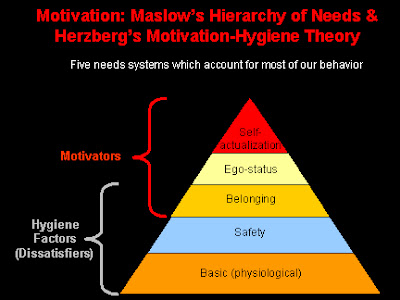 But I have yet to see ANYONE on Facebook really express any feelings about anything except a sort of blandified, self-involved glee. If someone is feeling devastating grief, they stick a happy face over it. Though it was probably designed for it, it is NOT a forum for any sort of meaningful communication between human beings.

But there are people who spend many hours a day “on” Facebook. Lonely?  Why would we be that? 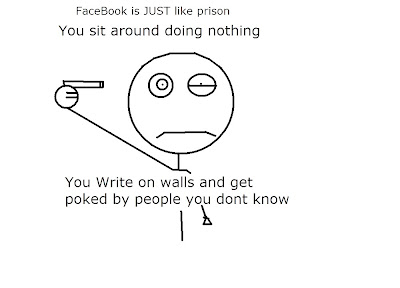 I haven’t cancelled my account just yet, and I don’t know why except I still have a thread of hope that my book will find a home. I believe it is now a requirement, unless you want to be viewed as a crackpot or a Luddite. And I am aware that Facebook is so popular now that you do not dare criticize it unless you work for the New York Times or something. Or the Atlantic Monthly. So what will I do if something does happen? Must I treat Facebook like the vast garbled bulletin board (or billboard, or flashing neon sign) of ego that it truly is, get in line, and say my say? Will I have to learn to cartwheel? 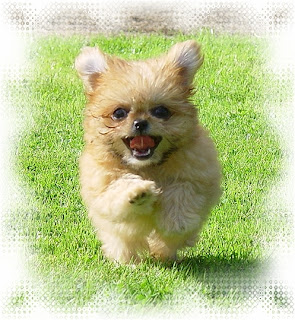 My immediate concern is that I will be crucified for daring to say what I really think about all this. It’s deeply taboo to say you hate Facebook. We. All. Love. It. Don’t we? You don’t? Just get off it, then. Shut up and go away. There goes freedom of speech – yet another casuality of the blandly conformist “we-think” that would make George Orwell turn over in his grave. 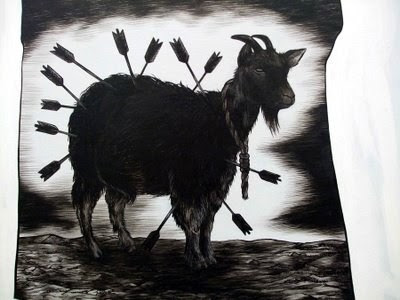