The flight attendant from hell, part 1 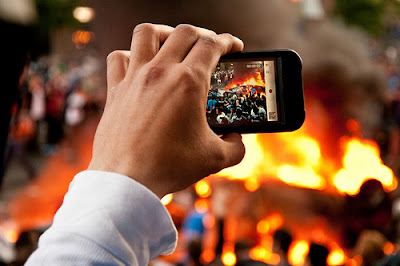 Yesterday I heard a disturbing news story about a flight attendant on an American Airlines aircraft (still on the ground, fortunately) who flipped out and began screaming in an incoherent, paranoid rant that went on for 15 minutes before the crew dragged her out of there in handcuffs. The “story” (not yet confirmed, yet blasted all over the so-called “social network” which is about as sensitive as an old-time carnival crowd at the freak show) is that she’s bipolar and missed her medication, but I wonder about that.

Would an airline hire someone as a flight attendant if they knew they were bipolar? Would NOT hiring her violate her human rights? What about the risks of being a flight attendant for someone with that sort of condition: constant fluctuations in sleep, time zones, meals, stress? I'm not trying to hold up people with mental illness for criticism. But as a concerned consumer, I would like to know the policy. 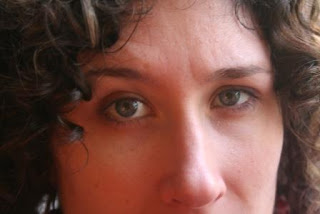 If in fact the woman is bipolar (or HAS bipolar disorder: people don't go around saying "I'm Parkinson's disease" or "I'm rheumatoid arthritis", do they?), did she feel compelled to hide the fact so that she could be hired? What would be the official policy for those other illnesses, or chronic conditions in general? And why is it that the only time we ever hear anything about mental illness is when someone goes completely over the edge? Some commentators are calling this an opportunity to "educate the public" about mental illness, but this idea rattles me down to the fillings in my teeth.

Educate them how? To associate bipolar disorder with behaviour that is frightening, destructive and completely out-of-control? Won't that just intensify the smart quips about "crazies", which are meant to distance us from them as far as possible? 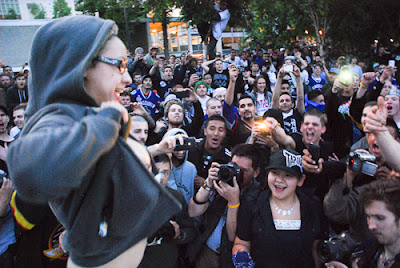 I have read from reputable sources that over 80% of bipolar patients live “normal” or “nearly normal” lives, meaning that they are "functioning" to one degree or another. But surely that means more than machinelike/mechanical functioning. It should mean having meaningful work and meaningful relationships and joy in living, “even” (and why do we need that word?) with a disability as serious as this one.

It's almost a truism or an old saw by now that artists, writers, and all that lot (which of course does not include me, because my blog has been deemed "embarrassing" by someone who nevertheless never stops reading it, waiting for something more to attack) are much more vulnerable to these kinds of illnesses.
The psychiatrist /author Kay Redfield Jamison has made an entire career out of proving this, to the point of claiming that almost every famous writer we have ever heard of was bipolar. 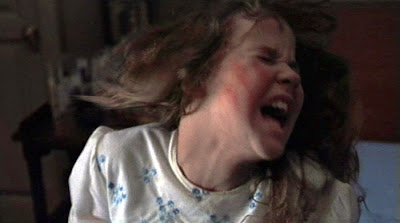 Does the illness create the need to make art (since it seems to go along with a kind of hypersensitivity to the human condition? Not that we want any of THAT.) Or does making all that art drive people crazy, causing them to scream and yell and scare the hell out of grounded airline passengers who are violating every rule in the book by recording it all on their "Smart"-phones (a misnomer if ever I heard one)?


In the video footage I saw on the news, people were gawking, rubbernecking, not even staying in their seats. I heard quite a bit of arrogant laughter. I can just picture the late-night talk show hosts playing this up as a rich bit of business. "Hey, how about that American Airlines flight attendant who went nuts on the plane?" 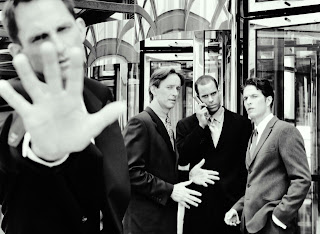 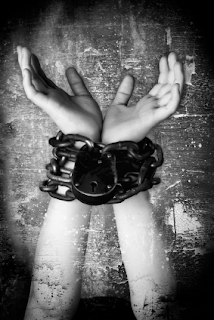 I can't even think of a punch line for this because the  very idea sickens me. I can just see Letterman doing the Top Ten Reasons Why you Don't Want to Fly American Airlines (which is bankrupt anyway). No doubt the parade of nasty little jokes would mingle mental illness issues with terrorism and demonic possession.

There are certain cliches that always materialize at a time like this. It usually  comes down to “oh, she didn’t take her meds”, as if missing one pill causes a person to resemble Regan from The Exorcist. It’s remotely possible for a person with a heart condition to miss one pill and drop dead, but  it's also highly unlikely. No doubt much, much more was going on, but it might be better for us all if we never know about it. She is a human being with an illness, but unfortunately it manifested in the worst possible way for someone working on an aircraft.

No: scratch that. It was just a lot of screaming and yelling. No guns, no explosives, no box-cutters. It could have been a LOT worse, folks. But will anyone even think of that as they gleefully shred and dissect this woman's pain with millions of badly-spelled, ignorant tweets? Let us hope the social network piranha don't devour any more of her privacy and dignity than they already have. 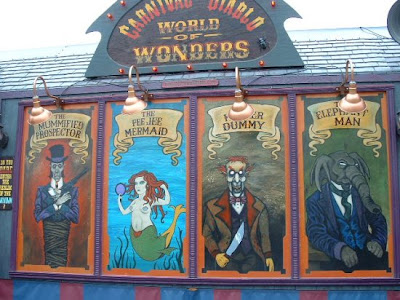 Posted by Margaret Gunning at 10:31 AM 4 comments: