This is not in HD 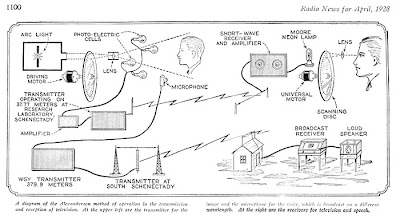 Every day brings a new discovery! Or at least it should, if you're sitting glued to your chair doing "whatever", when you really should be doing something else. Like getting out of the house. Like getting things done.

But we won't worry about that now. I seem to have a one-thing-leads-to-another kind of curiosity. I've been watching a Discovery Channel series called Inventions that Changed the World (or something - Rocked the World? No, it couldn't have been that.) Last night it focused on the 1920s, and I learned something kind of astonishing: a man named John Logie Baird invented the principals of television in the 1920s. 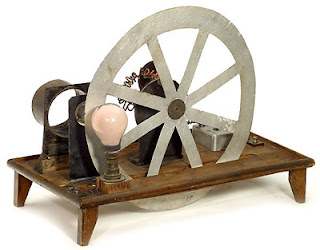 It looked sort of like this, and was made out of hat boxes and knitting needles and a slab of wood from a coffin. Baird had no money, see, and scavenged his materials from anywhere. Everybody thought he was crazy, of course. He worked on this thing in his basement for years and years. 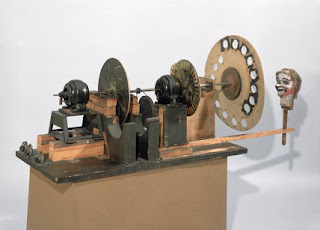 Then it evolved into something like this. A telephone-dial-looking thing with a human head on a stick (or maybe it was a puppet: they come cheaper and have no ego).
He was getting closer, but everyone still thought he was crazy. 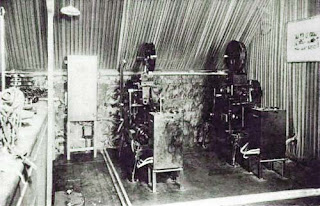 Is this the first TV studio? I'm not certain.  To me it looks like an evil medical experiment 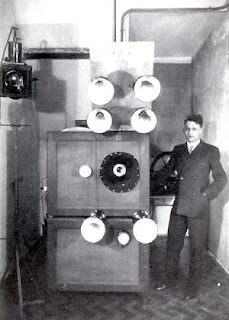 I don't think this is Baird.  He looks too young. And what about all those lights?  Early TV stars must have fried under them. 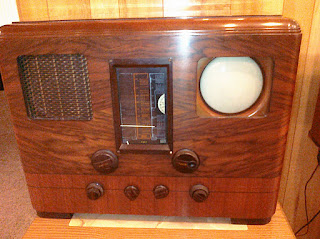 This, now. I think the designer got carried away. It looks like a combination radio, toaster oven, barometer, cheese grater and cue ball. I'm not sure where you looked to watch TV. 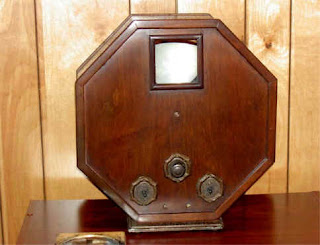 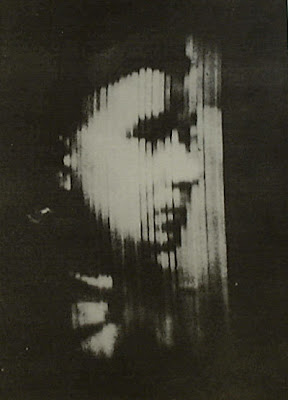 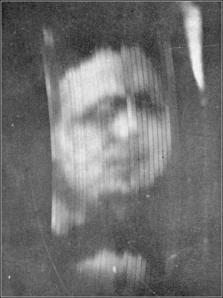 I'm fairly certain these are among the first fully human TV stars. (This is not in HD.) The man looks a little like Dylan Thomas after a bender. 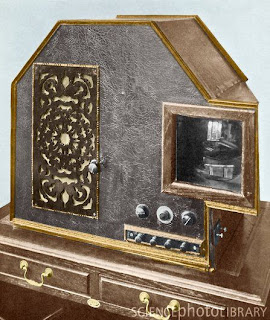 Whatisit? A kind of cuckoo clock, maybe? Not sure, but you could buy one in the 1930s. Possibly hand-cranked. 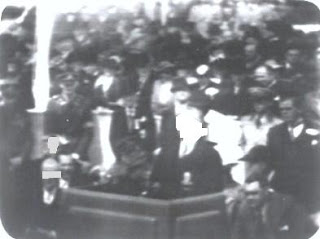 This isn't an ultrasound. It's a very early, primitive broadcast of Franklin Delano Roosevelt, probably from the Depression era when images began to come into a kind of focus. 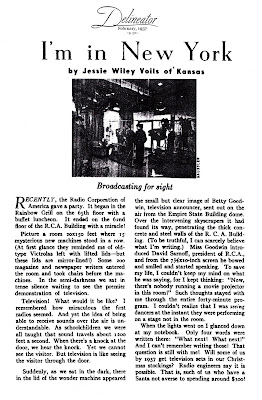 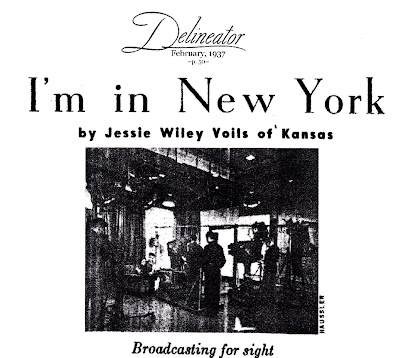 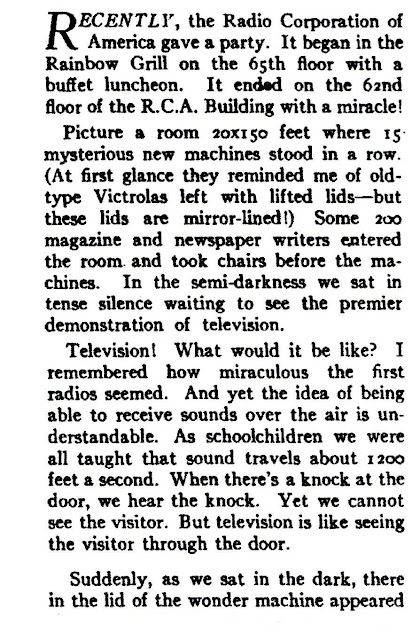 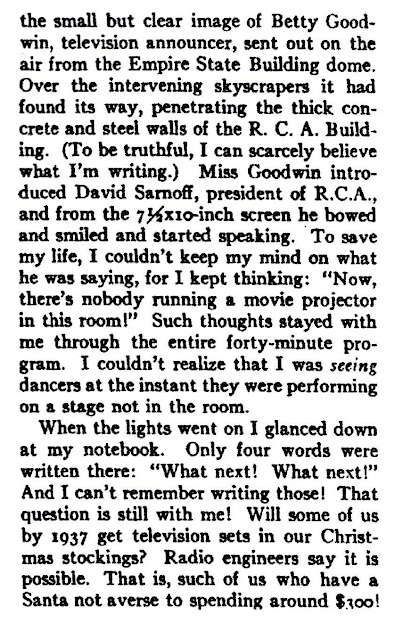 I've saved the best 'til last. We don't appreciate the sense of awe people must have felt when a TV set first entered their living rooms. Little kids thought the people were actually running around inside the box (and no doubt some adults agreed with them). Jessie Wiley Voils of Kansas was knocked out of her chair with disbelief back in 1937: a viable prototype had been constructed, but it would be another 10 years before a TV was made that had a screen larger than a slice of bread, and another 10 years before people actually began to buy them.

What happened to television? Is it still the "vast wasteland" proclaimed by social critic Newton Minnow in the '50s?

I am beginning to feel  Ernie Kovacs was correct when he said, "Television is a a medium, so-called because it is neither rare nor well-done." 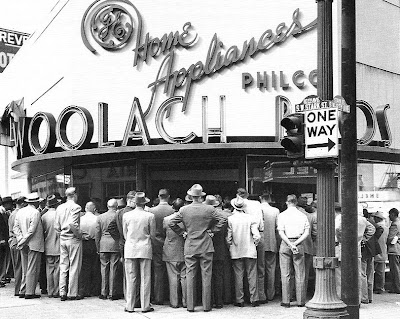 
http://members.shaw.ca/margaret_gunning/betterthanlife.htm
Posted by Margaret Gunning at 11:53 AM 2 comments:

Can YOU spot the difference? 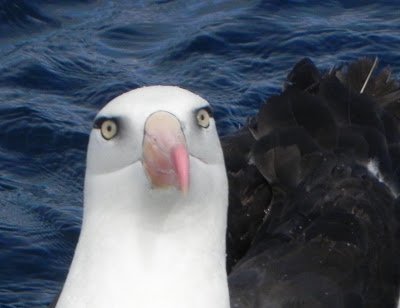 And now it's time for one of my infamous "spot the difference" games. Try to work up a little enthusiasm, please.


Yesterday I got into Samuel Taylor Coleridge's The Rime of the Ancient Mariner, reading great swaths of it out loud (with no audience, which was maybe just as well). Then I went looking for illustrations and found a plethora of pen-and-ink drawings. Apparently the good Mariner didn't lend himself to colour pictures.


I was stunned to find one called Life-in-Death, drawn in the 1940s by illustrator Mervyn Peake. It looks as if it were done 200 years earlier, but even spookier than that is its resemblance to a certain macabre figure of the 21s century.


Does the word propofol mean anything to you? 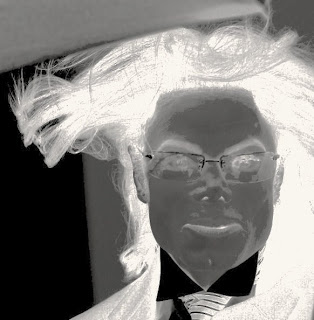 Are those her ribs through which the sun
Did peer, as through a grate? 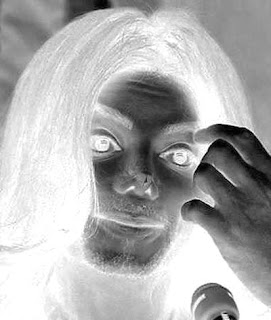 And is that Woman all her crew?
Is that a Death? and are there two? 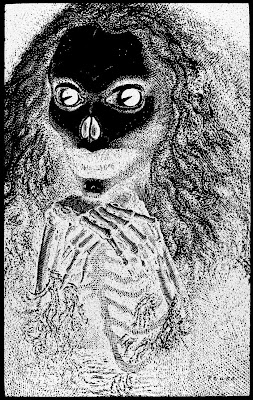 Is Death that Woman's mate? 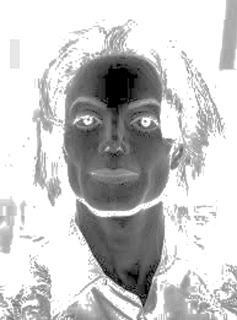 Her lips were red, her looks were free,
Her locks were yellow as gold: 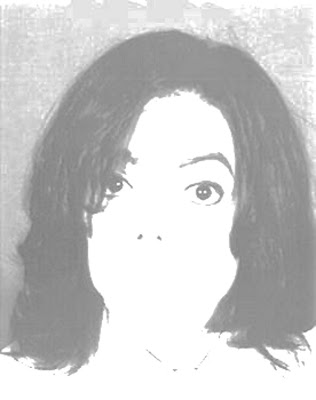 Her skin was as white as leprosy,
The Nightmare Life-in-Death was she,
Who thicks man's blood with cold. 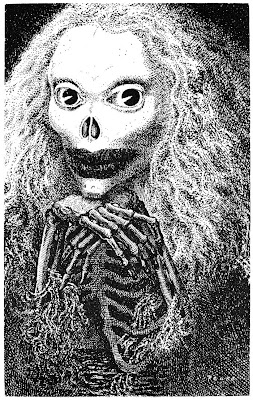