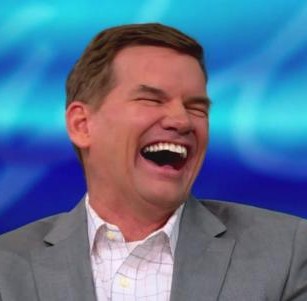 To what lengths will some people go to resurrect their careers?

I mean, careers shattered by their own stupidity, selfishness and horrifically bad judgement?

(from an entertainment site)

Reality TV will have another proud moment Tuesday night when disgraced pastor Ted Haggard and unstable one-time Oscar nominee Gary Busey trade spouses for ABC's "Celebrity Wife Swap." To promote their appearance on the show, Busey and Haggard appeared via satellite earlier in the day on Fox's "Good Day LA." 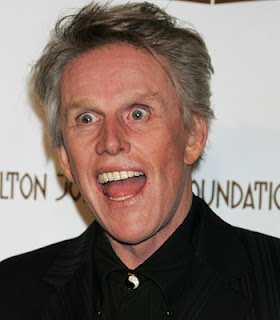 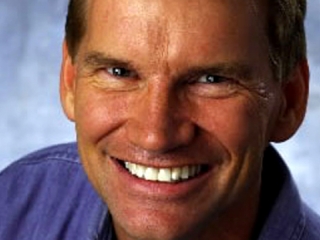 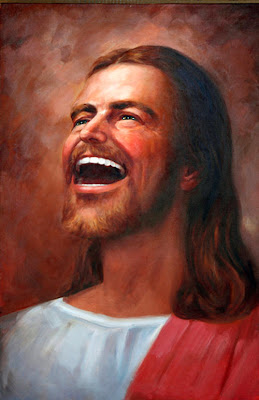 "Steve, do you remember the last time we talked?" Busey started the interview, then recalling for host Steve Edwards the interview they had after Busey's Oscar nomination in 1979. "You were very much a gentleman and very nice to me, and I've never forgotten that moment. You inspired me."


It's unlikely Busey will have such warm memories of this interview. 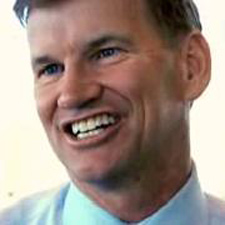 What followed was an awkward nine minutes of live TV that featured Haggard engaging in a contentious discussion of gay marriage with Jillian Reynolds, a virtually ignored Busey seemingly amusing himself in the monitor off camera, and a series of pauses caused by some kind of audio lag that seemed to affect only Busey. 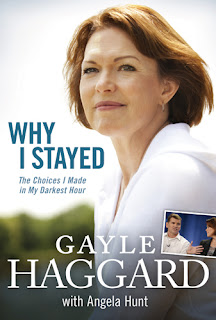 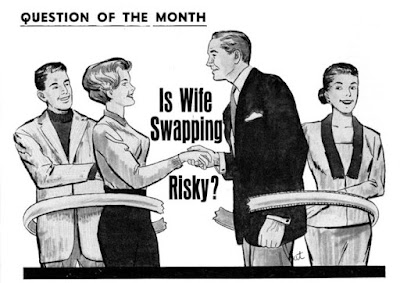 Haggard seemed put off by the intro, in which Edwards described Haggard's scandal involving a male prostitute who claimed to have had sex with Haggard (which Haggard denied) and doing drugs with him (which Haggard admitted to). The scandal led to Haggard resigning as pastor at the New Life Church in Colorado Springs and as head of the National Assn. of Evangelicals. Amazingly, he's remained married for the past five years and he's willing to let his wife spend a week with Gary Busey.


Shortly after the introduction, Haggard turned to Busey and commented, "That was a jumbled group of facts they had." 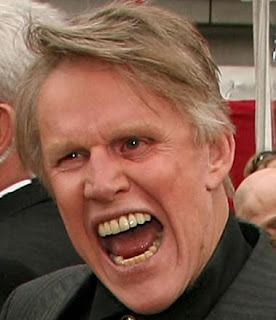 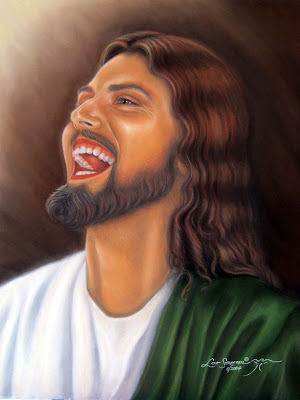 The rest of the interview is worth watching for Busey's facial expressions and occasional asides and for his reaction to Edwards' concluding suggestion that he say, "Amen!"


Chances are that ABC's "Celebrity Wife Swap" episode will be slicker and probably less entertaining than Tuesday morning's chat.


As for the wives who actually did the swapping? Barely discussed.

I don't even know where to start here. With his drippingly oily manner and rectangular smile, Ted Haggard seemed like the natural successor to Jimmy Swaggart, whimpering and slobbering with insincere apology after being exposed (though he denies it) having sex with a male prostitute. 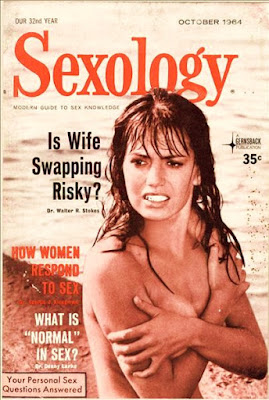 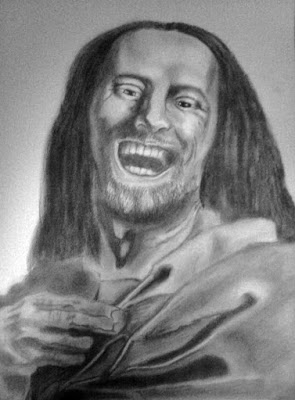 They didn't have sex, Haggard insists. They just did drugs together. Is all.

I watched a rather pathetic documentary about how the disgraced pastor was trying to resurrect his church in what looked like a tool shed in the back yard. A ramshackle group of people showed up, probably spying the camera crew and yearning for a moment of reality TV fame.

Gary Busey, well. . . do we even need to get into it? Where did they dredge him up, and why? I know most reality shows seem to recycle '80s whatever-happened-to's and revolving-door rehab dropouts. But this pairing is particularly bizarre. Why is a so-called Christian evangelist engaging in wife-swapping (even the sanitized version we see on TV), especially with this loser? Why is he callously exploiting the wife who stood by him while he "didn't" have sex with a male hooker, though he admitted to lusting for him in his heart? 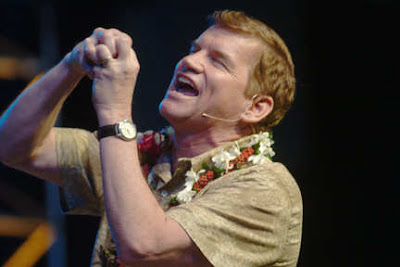 If you're truly heterosexual, it doesn't occur to you to hang around using recreational drugs with a gay prostitute. It just doesn't come up. So OK, we've exposed this Haggard guy, but he must be pretty desperate for the spotlight if he's willing to do this.

Maybe he's trying to start a new church: a congregation of evangelical swingers. When they pass around the collection plate, will they throw their keys into the basket?

Or maybe it's just another desperate attempt to convince the world that he's NOT homosexual. (Not that there's anything wrong with that.)

This weird press conference is enough of a taste of the impending carnage to keep me away, so I probably won't be able to watch.  I was most repelled by the fact that these men's wives weren't even mentioned in the interview. That's because they are nothing but pawns in this disgusting game of opportunistic narcissism. 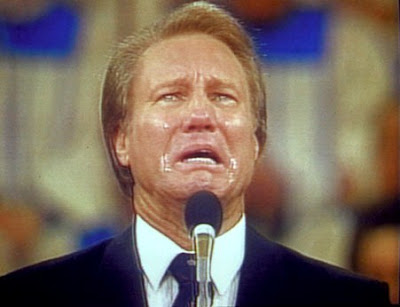 It's "wife swap", not "couples swap" or "husband swap". That tells us all we need to know about the balance of power here.

Besides, the wives aren't "celebrities", so who who gives a shit about them? Instead, we're supposed to care about a morally bankrupt hypocrite and a mediocre actor with a horrific reputation, so washed-up I had pretty much forgotten who he was.

What was it Saint Paul said in the gospels? "Wives, submit to your husbands." But does this still apply if your husband is a revolting crackpot masquerading as a man of God? 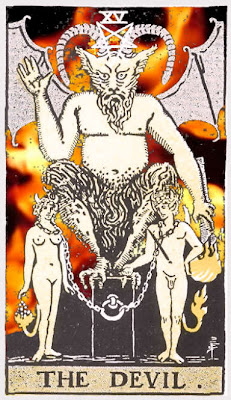 
http://members.shaw.ca/margaret_gunning/betterthanlife.htm
Posted by Margaret Gunning at 4:46 PM No comments: 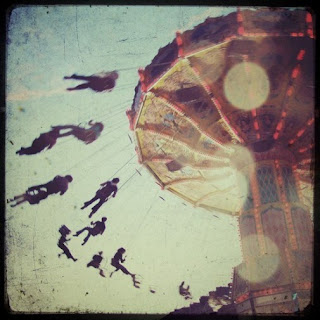 Yes, I know I should go to a new layout or format or whatever, but I don't want to. Don't want to! I liked the one I had, but the blog title only showed up properly (in white lettering against the backdrop of the photo) on the home page. If you read an old post or if I emailed a single post or anything like that, the lettering came out BROWN.

Brown on an outdoor photo? It doesn't work. You can't see it.
I tried and tried to get rid of this. Finally I decided it was time for a new photo anyway. This one took a lot of retouching, but I love it.

For a couple of hours, I felt like I was on the verge of bliss! The whole thing had worked out so well. No more brown titles blending into the background. It was all fixed. It looked wonderful! 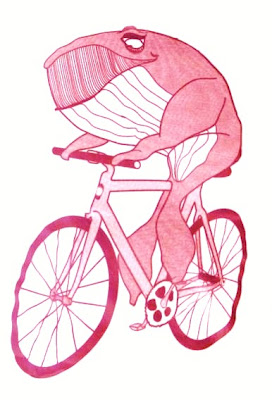 Then I looked a little more carefully.

ALL the titles of my posts were in white. WHITE, the color my blog title should have been in (except it was in shit-brown). White on light beige isn't legible. So I had to hastily fix that, but as soon as I did, my blog title had flip-flopped back into brown again.

I did try to alter this. Supposedly you can place your blog title and description UNDER the photo. It says so. Easy, so I did that. They disappeared. They were just gone. 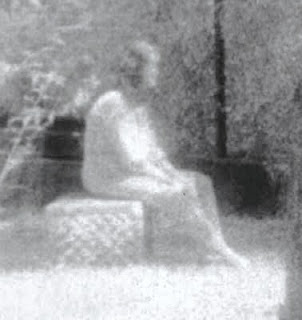 So what the fxxx am I supposed to do now???
No one is going to have a clue what this thing is even called. It's going to look stupid, unlike the original which I absolutely love (the lettering looks a bit like a chalk board) and which basically took me the whole morning to set up.

I hate changes, hate them so much I try to avoid them because everything goes away. It just does, it goes away and never comes back again, EVER. I don't want that.

I have to fix this, have to, can't, can't even get my son to fix it and he's a computer genius and he doesn't know what it is, some bizarre unwanted default device. But why brown????? 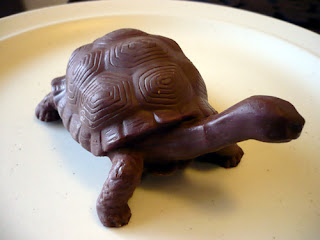 p.s. I diddled around and added a gadget (who knows what that is, maybe something like a gidget, but I added one) which at least provides a backup for the title. Best I can do. It's embarrassing to have so little skill in these machines: I do what I can, but it's like learning Italian when you're 97 years old. The whole world changed right out from under me. My life is speeding along. . . Individual days often seem to drag, but months and years fly by, which is some sort of indication that I'm getting closer to the end. 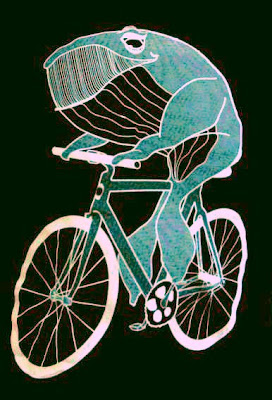 http://members.shaw.ca/margaret_gunning/betterthanlife.htm
Posted by Margaret Gunning at 1:26 PM No comments: