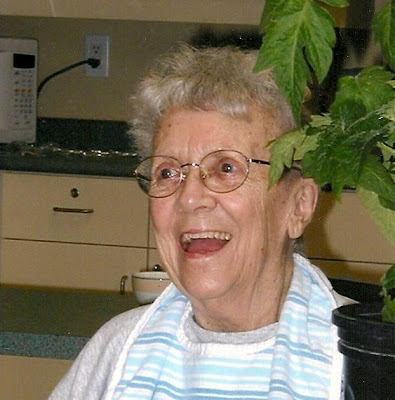 GUNNING, Kathleen Wilhelmina (nee Hitching) - Peacefully in her sleep on , surrounded by family. Kathleen was in her 97th year. Beloved wife of George Clifford Gunning, who predeceased her in April 2005. They were married for 63 years. Mother of Bill (wife Margaret), ; Judith (husband Wayne), ; Ronald (wife Joanne), ; Alan (wife Janet), . Lovingly remembered and now sadly missed by her six grandchildren Shannon (Jeff), Jeffrey (), Christopher (Melanie), Cory (Keri), Kyle and Lauren. Kay was also richly blessed with nine great-grandchildren whose photographs adorned her home at The Village of Wentworth Heights in . The family wish to extend heartfelt thanks to the Scotsdale home area caregivers who lovingly attended to her needs throughout her ten year residency. Kay will be fondly remembered by her nieces, nephews and all friends and family who knew her. A private family interment will be held at a future date. If desired, donations made to the Canadian Cancer Society or the Hospital for Sick Children would be appreciated by the family.

Published in the Star on 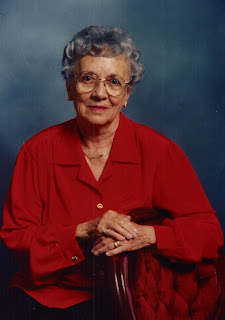 I guess we knew it was coming, when my husband's brother called from Ontario to say she was getting weaker, not eating much, not able to rouse herself from bed.

To that point, her appreciation for life was a gift to everyone around her.

In forty years of knowing her, of having the privilege of being her daughter-in-law, I have too many memories to share here. Mostly I remember her kindness, her rather peppery humor, her straightforwardness. As an army nurse in World War II, she never lost the nurse's keen diagnostic eye, and if you didn't feel well she scanned that eye over you and told you what you should do. Like, go to bed, now!

I remember when my daughter was born in Saint John, New Brunswick, back in 1977, and she flew out from Ontario to help me. She'd never been alone on a plane before in her life, and I didn't ask, but she offered, and we could not refuse.

While I nursed a fractious, difficult baby, she did everything else, cooked, cleaned, kept my 18-month-old son amused. I just didn't have anything left for him, but Nana saved the day, and I will never forget it. 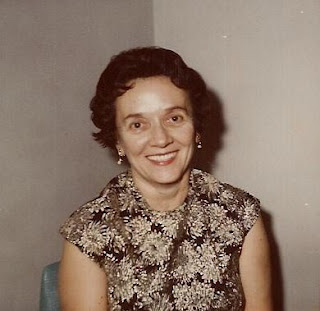 She made the best, and the most, of everything she had. She lived through the Great Depression, then dealt with many lean years while raising four kids by somehow stretching the resources, so that no one ever felt "poor". 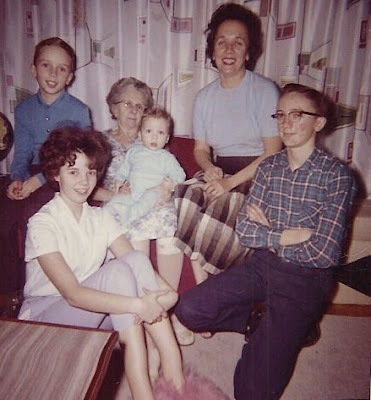 My husband is the science nerd on the right. Looks like someone out of The Big Bang Theory, doesn't he? But his parents were extremely proud of the fact that he was the first Gunning to go to university (at age 16, ending up with a Masters in biochemistry. Sheldon, are you there?). This doesn't happen by accident. 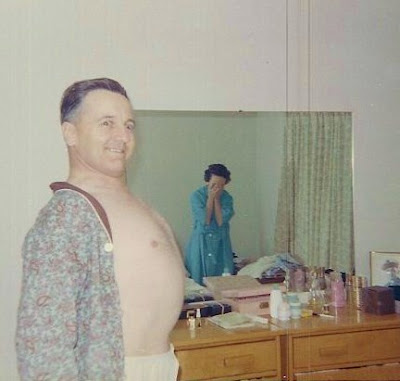 Note Mum reflected in the background. I don't remember my Dad-in-law cutting up like this! Bill probably took the photo. 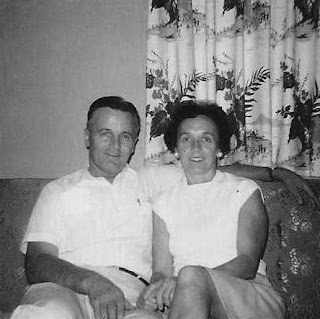 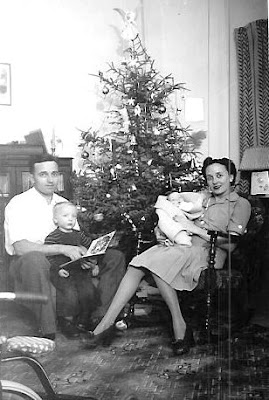 This is what Christmas looked like in 1947. Little Billy in Dad's lap is now 65! 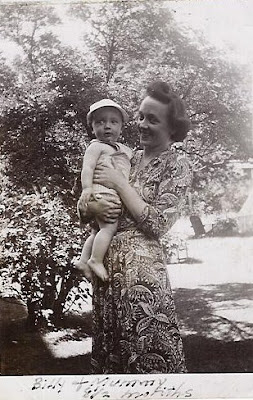 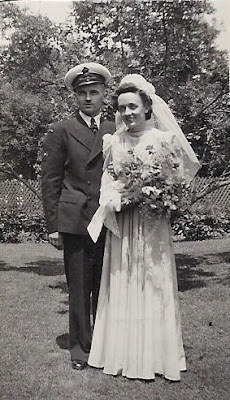 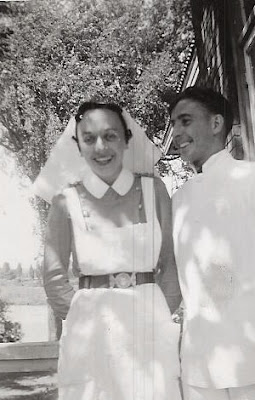 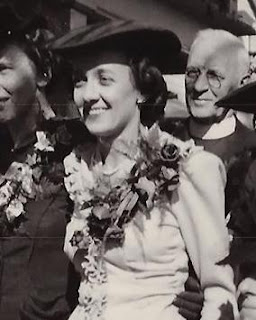 http://members.shaw.ca/margaret_gunning/betterthanlife.htm
Posted by Margaret Gunning at 9:14 AM 2 comments: