Green side up! and other Newfie expressions 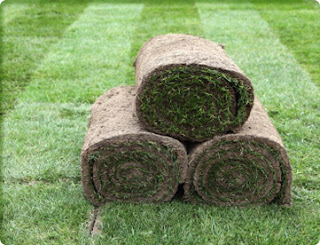 I hate getting rejections. They are the death of hope. I have published two novels already which were almost universally acclaimed, and recently a relative said to me, "But I thought if you had a book in print already, the publisher would automatically print all your other books." 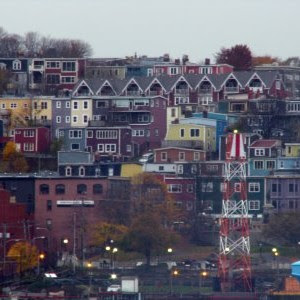 I thought this novel would sell, I really did, I thought it was my best work ever. Jaisus and sometime' I t'ink I gonna joust dee.

This is pastiche, of course. The purists would hate it. It's Margaret-ese, a gumbo. But I am interested in Newfoundland speech, what there is left of it, I mean. I suppose it will slowly erode away like averr-body say. But I am most fascinated by derivations from unexpected sources, like French: not so much French words but sentence construction, syntax. So here goes another Wiki, but I'll try to keep it brevver, lads: 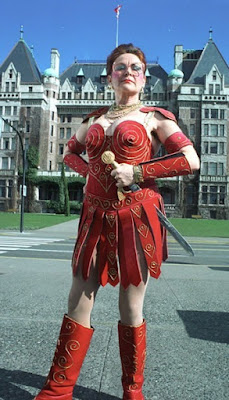 Some examples of Newfoundland English: 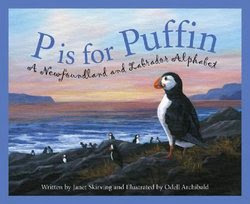 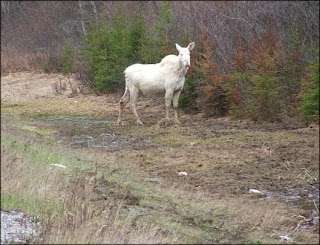 It's not so much what they say as how they say it, which is mainly t'ru da nowse. It's impossible to replicate the vowel sounds except with those infuriating little upside-down things, which not only do I refuse to use, but I don't even have the bally things on me toype-riter anyways. Royt turkeys they are, dem speechyfiers. 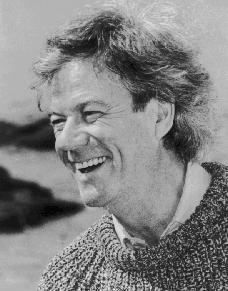 Maybe I should always write this blog in dialect. Me own dialect, so that NO ONE will oonder-staand it. Might I sell my bewk that way? Can't doo no worrsse din I am royt now, canna?

(Oh, and. The title refers to an old joke. Man hires a landscaper and his crew to spruce up his yard. Keeps on hearin' the feller shoutin' "Green side up! Green side up!" The guy comes around the corner and sees a bunch-a Newfies layin' sod.)

Avast, me 'earties! The persistence of archaic dialect 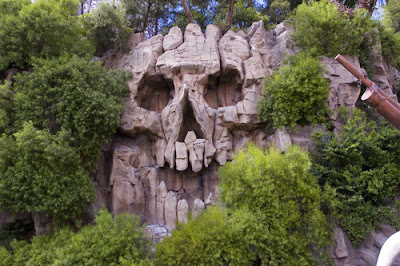 Who knows 'ow I gets meself into dese t'ings! Maybe my rough Irish background, but that's pretty much disappeared into time. No, I think it's my second viewing of Dennis Potter's quirky 1986 BBC-TV series, The Singing Detective. This is a surrealistic take on crime drama set mostly in an open hospital ward, where the protagonist Philip Marlowe is literally rotting away from a hideous skin disease. In his delirium he invents elaborate detective stories that keep him from going completely mad, but interlaced with these are dire and disturbing scenes from his tortured boyhood.

It's the speech from the boy's coal-mining village that interested me most. At first I thought it was Welsh, because of those strange dipping and rising cadences and the oddly percussive contraction of syllables, the missing vowels usually written with an apostrophe. But it turns out to be a thick West Country dialect from southwest England (though the exact location is never revealed). Philip's Dad is a simple coal miner, his wife a glamorous London type who was drawn to marrying him who-knows-why. The dinnertime conversation is almost disturbing, it's so weird and hard to follow. At times I wished it had captions. 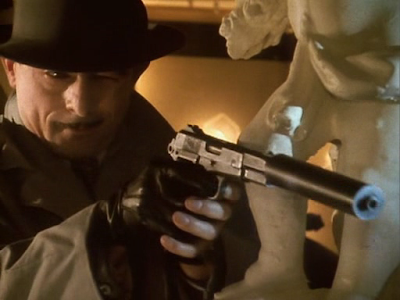 So I had to Wiki it, and since it was just too long I've included some highlights. The article doesn't say whether people still speak that way (since the boy's story unfolds during World War II). Perhaps. And it was tantalyzing to read that people living in the outports of Newfoundland have retained certain expressions that may be medieval in origin. Time does not touch these things.

The prediction has always been that everyone will eventually speak standard American English, flat across, but I wonder. Speech is such an enigmatic, personal thing, and it's persistent. I hope we still retain a few eerie thee's and thou's 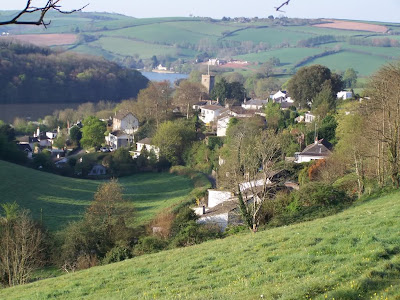 Some traits of West Country dialect:

Some of the vocabulary used is reflective of English of a bygone era, e.g. the verb "to hark" (as in "'ark a'ee"), "thee" (often abbreviated to "'ee") etc., the increased use of the infinitive form of the verb "to be" etc.

In Bristol, a terminal "a" can be realised as the sound [ɔː] - e.g. cinema as "cinemaw" and America as "Americaw" - which is often perceived by non-Bristolians to be an intrusive "l". Hence the old joke about the three Bristolian sisters Evil, Idle and Normal – i.e.: Eva, Ida, and Norma. The name Bristol itself (originally Bridgestowe or Bristow) is believed to have originated from this local pronunciation. 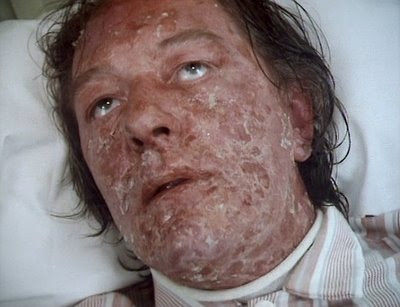 In words containing "r" before a vowel, there is frequent metathesis - "gurt" (great), "Burdgwater" (Bridgwater) and "chillurn" (children)

In many words with the letter "l" near the end, such as gold or cold, the "l" is often not pronounced, so "an old gold bowl" would sound like "an ode goad bow".

The second person singular thee (or ye) and thou forms used, thee often contracted to 'ee. 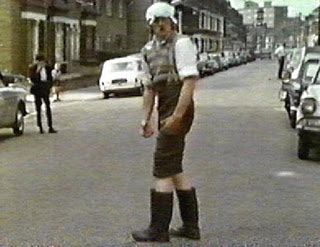 Bist may be used instead of are for the second person, EG: how bist? ("how are    you?") This has its origins in the Old English - or Anglo-Saxon - language and is the form adopted as standard in modern German ("Du bist"). 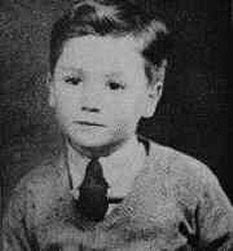 The use of to to denote location. Where's that to? ("Where's that?"). This is something you can still hear often, unlike many other characteristics. This former usage is common to Newfoundland English, where many of the island's modern-day descendants have West Country origins — particularly Bristol — as a result of the 17th–19th century migratory fishery. 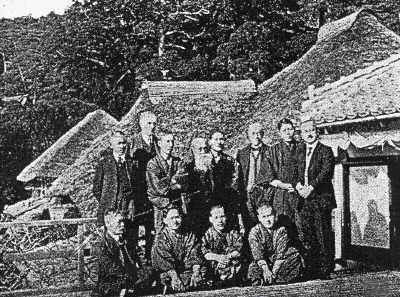 Use of the past tense "writ" where Standard English uses "wrote". e.g.: I writ a letter ("I wrote a letter").

Nominative pronouns follow some verbs. For instance, Don't tell I, tell'ee! ("Don't tell me, tell him!"), "'ey give I fifty quid and I zay no, giv'ee to charity inztead" ("They gave me £50 and I said no, give it to charity instead"). 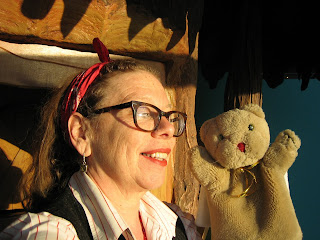 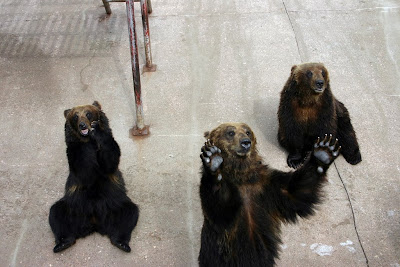 There is a popular prejudice that stereotypes speakers as unsophisticated and even backward, due possibly to the deliberate and lengthened nature of the accent. This can work to the West Country speaker's advantage, however: recent studies of how trustworthy Britons find their fellows based on their regional accents put the West Country accent high up, under southern Scottish English but a long way above Cockney and Scouse. 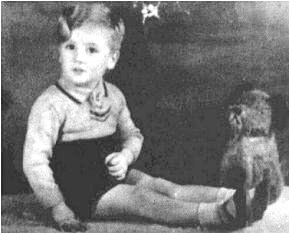 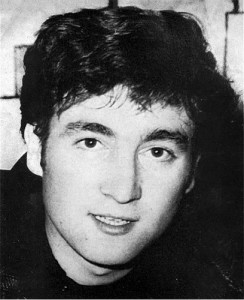 The West Country accent is probably most identified in film as "pirate speech" – cartoon-like "Ooh arr, me 'earties! Sploice the mainbrace!" talk is very similar.[13] This may be a result of the strong seafaring and fisherman tradition of the West Country, both legal and outlaw. Edward Teach (Blackbeard) was a native of Bristol, and privateer and English hero Sir Francis Drake hailed from Tavistock in Devon. 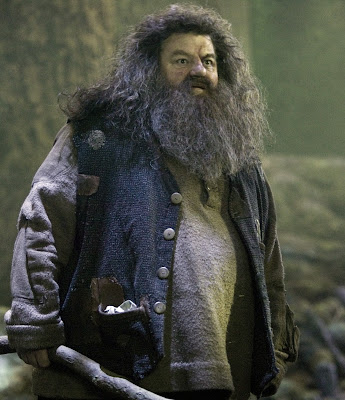 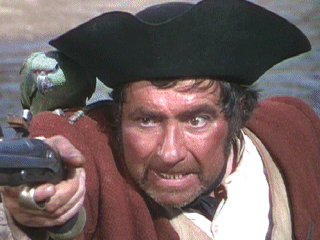