Light and shadow: the Perkins curse 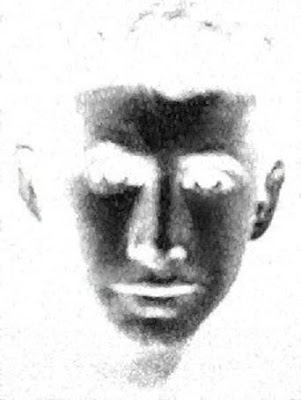 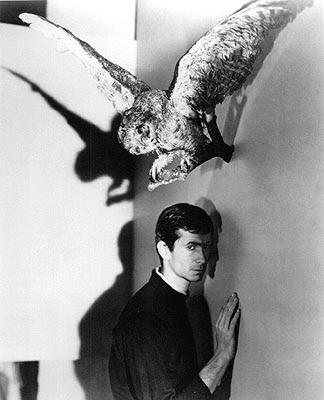 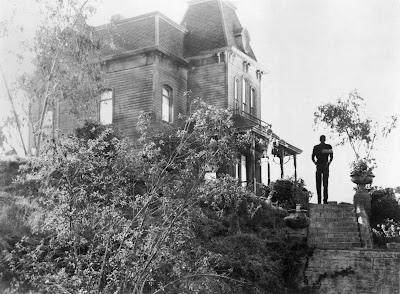 It occurs to me that one of these days I should post a blog entry that's about something. So I will return to an old fascination which, for reasons unknown, has re-asserted itself.


Maybe it's Turner Classic Movies, that fusty old vault of forgotten Hollywood. Things pop up that maybe are best left in there. What constitutes a "classic" is a judgement call, and I don't know who makes it: Robert Osborne, whom despite his too-fast and slurry delivery is fascinating to listen to, or some producer or other.


They have festivals, of course, and not long ago it was Tony Perkins' turn. It could be argued that his life was a tragedy, but you'd only be partly right. I'm rereading Charles Winecoff's incredibly detailed but largely uncharitable bio Split Image, in which he seems to put Perkins' often troubled and even twisted life through a fine sieve (or a blender). Obviously gay (or I don't think he would rhapsodize about Perkin's sexy, pouty lips in The Tin Star), Winecoff has little sympathy for the double life he had to lead, both to stay employed and to stay married to a woman who was warmhearted but more than a little naive.


It all came to a dead stop, so to speak, when Perkins died of AIDS in 1992. He was 60 years old, and Norman Bates, the self-proclaimed "Hamlet of horror", had somehow consumed his career. He began as a fine young actor, dazzlingly beautiful rather than handsome, irresistable to women (especially older women, who wanted to take him home with them - which even happened in his own lifetime), and capable of roles as varied as college basketball star, insecure deputy sherriff, mentally ill baseball hero, Quaker enlisting in the Civil War, carefree-but-troubled-young-lawyer-romancing-Ingrid-Bergman-in-Paris-in-the-1960s, etc. etc. etc.


In other words, he was good. Good enough for Alfred Hitchcock, searching for someone to star in the mother of all slasher-films (Psycho), to say, "That young man over there. I want him."


Hitchy-baby, as I used to call him when he came over for beer and canapes, had an instinct for these things. Perkins was babyfaced, with marvelous dark eyes that could cloud over with an inexplicable anger. He was gangly and tall, with coathanger shoulders and very long arms, described by one friend as looking like a "prehistoric bird". He played the introverted loner to a T (for Tony), because in spite of his sweet smile and boyish charm, that's what he was.


I'm finding out, all over again, where it all came from. His father was Osgood Perkins, who lived up to his awful name: dire-looking, with a nose that could open letters. Absolutely cold, but addicted to the theatre and acting back when acting was very much paint-by-the-numbers. Was he any good? He fit the slot that seemed to be there, the slot with his name on it. Weirdly, he often starred as villains and other dark characters, typecast by his severe and unpleasant looks.


Osgood Perkins changed Tony's five-year-old life forever with a hell of a final act: dropping dead of a heart attack on his bathroom floor. Tony didn't cry, though he told People Magazine (in an infamous interview in which he almost outed himself) that he sobbed himself to sleep every night, thinking he had somehow killed him.


Tony inherited Osgood's scarecrow body, and as he aged his face began to twist and go off-centre, as if genes were finally having their way. He had a rich and varied career, if you take away the cheap slasher films he often resorted to in order to pay the rent and look after his wife and kids.


Yes. Wife and kids, though he was known all over Hollywood as a promiscuous homosexual. He was seeing a shrink called Mildred Newman (who co-wrote the blockbuster, groundbreaking psychobabble classic How to Be Your Own Best Friend), who believed she could straighten gay men out. In fact, it was her particular specialty. Another Newman disciple, one of Tony's longterm lovers, got married at about the same time. It was all very odd.


Berry Berenson, sister of supermodel Marisa, was from a blueblood family but came across as sweet and pretty, as well as pretty naive. Is that why Tony was so attracted? I can see them together for the first time (someone wrote a stage play about it: I'll try to find the link, as the guy playing Tony is phenomenal), Berry all breathless because she was finally meeting her idol and interviewing him for Andy Warhol's magazine. What was Tony Perkins really really like?


Next thing you know he was making her pregnant, but one wonders. This man was vastly complicated. He and Stephen Sondheim (yes, that Stephen Sondheim) hung out together and forced everyone around them into impossibly difficult word/mind games, a manifestation of the nasty, manipulative side of him. Yet, by all accounts, he was an attentive and loving father to his two boys, Osgood (ouch) and Elvis (double-ouch).


OK then, before this becomes another version of War and Peace, Perkins finally died of AIDS. For a long time he didn't say anything, but when he was near death he issued a statement to the effect that he had learned more about love and humanity and acceptance during his time in the world of AIDS than he had in his entire career in Hollywood.


When he lay dying in his bed, his friends brought sleeping bags over and literally camped around him. At one point, he woke out of a deep coma, sat up and said, "What's going on? What is this, a death watch?" It was the last laugh he'd ever get.


How we die is often a profound reflection of how we have lived. Devotion like this does not happen to people who are not deeply cherished. It's extraordinary, but just one more paradox in the enigmatic puzzle of his life.


There is a horrible postscript, or perhaps a few of them. On September 11, 2001, Berry Berenson boarded a plane she would never get off. The last few minutes of her life must have been horrific as the jet flew bizarrely off-course, sank lower and lower, then smashed into the World Trade Centre.


Why, why? These are unanswerable questions. On doing some digging, I turned up more sorrow. Elvis Perkins is a somewhat successful rock musician (Tony was a gifted pianist, as well as a screenwriter, painter and singer), but his songs are morbid and inspired by the death of his parents. Osgood, known as Oz Perkins, seems to dribble away on the IMDB after a few forgettable slasher-type films. Neither of them resemble their ideally beautiful father in his youth. They look coarse by comparison. What happened?


I have mixed feelings about Perkins. When Goodbye Again came on the other night (with the radiant, mature Ingrid Bergman playing his motherly lover), I was simply entranced. Perkins exuded a unique charm that somehow gripped you. It was powerful, a solar energy, dazzlingly bright but curiously cold. Did anyone really get close to this man? Did his one massive hit really destroy his career, or was he already dissolving into the tics, stammers and other irritating mannerisms that marked all his later films? Hitchy-baby didn't just randomly pull him out of the pack. He picked him because of his uncanny, even spooky ability to read his actors.


He picked him because Norman Bates was Tony's dark double, his father dying when he was five, his mother (in this case, rotting in the attic) sucking the air out of his life. He picked him for that disturbing untapped anger that made his dark eyes so fascinating. He was already Norman Bates, a character he would come to love and despise.


What's the conclusion? Sometimes success can be the worst thing that can happen to you. Is there a Perkins curse? Think of Osgood Perkins lying dead on his bathroom floor, Tony in a coma in his bedroom, Berry disintegrated in a second, his sons still stuck in glue or flypaper or some force field they can't break or even understand.


But think of the great times, hanging out with his sons, basking in Berry's warm unconditional acceptance, the obvious love of his friends, the Oscar nomination, the truly fulfilling parts that he nailed with his prodigious talent.


His delight in word games and mind games and singing (and by the way, he had a marvelous singing voice, lyrical and completely unpretentious) and playing his beloved piano.


This is a man who lived. Lived all the complications and contradictions of the painfully, profoundly gifted. I love him, I do. I can't get away from him, and he isn't even here. That's a man, is it not? That is a man.