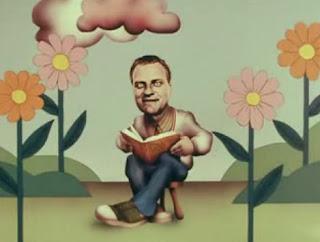 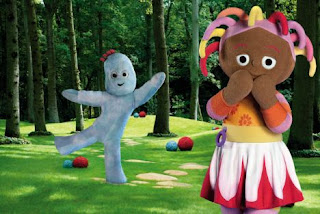 (Note: these excerpts from the classic phrasebook English as she is Spoke have been boiled down enormously. Hope they still make sense.)
Of the Man.

Defects of the body.

Some knifes Some groceries
Some crumb.

Some sugar-plum Hog fat
Some wigs Some marchpanes
A chitterling sausages. An amelet
A dainty-dishes A slice, steak
A mutton shoulder Vegetables boiled to a pap

Some orgeat Some paltry wine
Some sirup or sirop

Counterpoise An obole
A pound an half A quater ounce.

A fine To break upon
Honourable fine To tear off the flesh
To draw to four horses
POSTSCRIPT: I can identify with "vegetables boiled to a pap" (the story of my childhood), but what the samhill is a "becafico"?
Posted by Margaret Gunning at 11:29 AM No comments:

He is with nails up: a literary classic 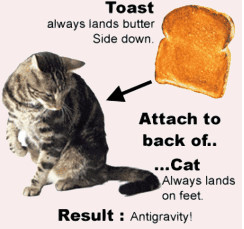 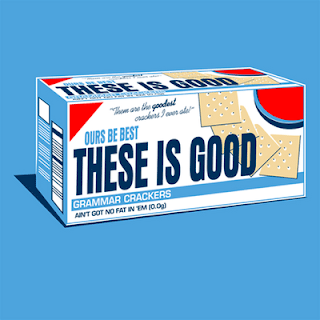 ENGLISH AS SHE IS SPOKE

Here is a small fragment of a little-known classic: an English phrasebook created from translating Portuguese into French into English. Something got lost in the translation, but something else was gained: see for yourself!

(NOTE: For those who think I shouldn’t borrow things that rightfully belong to all of humanity: “This eBook is for the use of anyone anywhere at no cost and with almost no restrictions whatsoever. You may copy it, give it away or re-use it under the terms of the Project Gutenberg License included with this eBook or online at www.gutenberg.net.”

For to ride a horse.

Here is a horse who have a bad looks. Give me another; I will
not that. He not sail know to march, he is pursy, he is foundered.
Don't you are ashamed to give me a jade as like? he is undshoed,
he is with nails up; it want to lead to the farrier.
Your pistols are its loads?
No; I forgot to buy gun-powder and balls. Let us prick. Go us more
fast never I was seen a so much bad beast; she will not nor to
bring forward neither put back.
Strek him the bridle, hold him the reins sharters. Pique
stron gly, make to marsh him.
I have pricked him enough. But I can't to make march him.
Go down, I shall make march.
Take care that he not give you a foot kick's. Then he kicks for that I look? Sook here if I knew to tame hix.

One eyed was laied against a man which had good eyes that he saw
better than him. The party was accepted. "I had gain, over said the
one eyed; why I see you two eyes, and you not look me who one."

A duchess accused of magic being interrogated for a commissary
extremely unhandsome, this was beg him selve one she had look the
devil. "Yes, sir, I did see him, was answer the duchess, and he was
like you as two water's drops."

A Lady, which was to dine, chid to her servant that she not had used
butter enough. This girl, for to excuse him selve, was bing a little
cat on the hand, and told that she came to take him in the crime,
finishing to eat the two pounds from butter who remain. The Lady took
immediately the cat, was put into the balances it had not weighted
that one an half pound.

The necessity don't know the low.
Few, few the bird make her nest.
He is not valuable to breat that he eat.
Its are some blu stories.
Nothing some money, nothing of Swiss.
He sin in trouble water.
A bad arrangement is better than a process.
He has a good beak.
In the country of blinds, the one eyed men are kings.
To build castles in Espagnish.
Cat scalded fear the cold water.
To do the fine spirit.
With a tongue one go to Roma.
There is not any rnler without a exception.
Take out the live coals with the hand of the cat.
A horse baared don't look him the tooth.
Take the occasion for the hairs.
To do a wink to some body.
So many go the jar to spring, than at last rest there.
He eat untill to can't more.
Which like Bertram, love hir dog.
It want to beat the iron during it is hot.
He is not so devil as he is black.
It is better be single as a bad company.
The stone as roll not heap up not foam.
They shurt him the doar in face.
He has fond the knuckle of the business.
He turns as a weath turcocl.
There is not better sauce who the appetite.
The pains come at horse and turn one's self at foot.
He is beggar as a church rat.
So much go the jar to spring that at last it break there.
To force to forge, becomes smith.
Keep the chestnut of the fire with the cat foot.
Friendship of a child is water into a basket.
At some thing the misforte is good.
Burn the politeness.
Tell me whom thou frequent, I will tell you which you are.
After the paunch comes the dance.
Of the hand to mouth, one lose often the soup.
To look for a needle in a hay bundle.
To craunch the marmoset.
To buy cat in pocket.
To be as a fish into the water.
To make paps for the cats.
To fatten the foot.
To come back at their muttons.
Posted by Margaret Gunning at 11:18 AM No comments:

Email ThisBlogThis!Share to TwitterShare to FacebookShare to Pinterest
Labels: English as she is Spoke, literary classics, Project Gutenberg 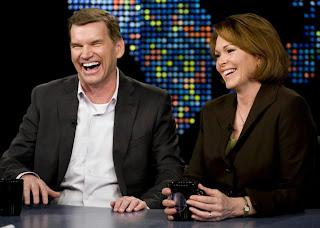 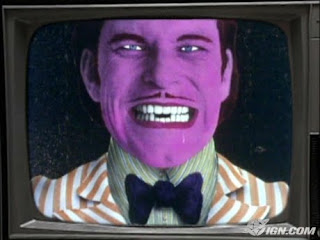 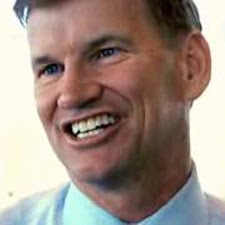 Since it's Sunday, I think it's time for a little confession.

I watched that goldern show about Ted Haggard. That TLC show. Which means it's likely the debut of a new reality series (and surely we need another one of those!)

He's the guy, remember, the pastor of about a million churches nationwide, that uncomfortably weaselly-looking sanctimonious guy who. . . well, he used to denounce gay sex, and drugs along with it. But like Jimmy Swaggart before him, he was soon on his knees (oops, wrong expression) in repentence. Nevertheless, his church threw him out with a resounding thud.


What I have trouble with, and what a lot of people are having trouble with still, is how he now denounces the gay sex he had with a male "escort" who threw in a little crystal meth to sweeten the deal. He insists, stridently, over and over again, that in spite of having sex with a man, he's "not gay". (Also says he didn't use the meth, either. Hmm, let's have a look at his teeth.)

My husband's not gay either. So is he ready to call up a male hooker any time soon? How many hetero married evangelical pastors call up drug-addicted male hookers for a date anyway?

(Hey, an infamous quote suddenly comes to mind, one that made it into Bartlett's Quotations: "I did not have sex with that woman, Miss Lewinski.")

This Haggard guy has bafflegabbed his way through a very rocky recovery. Then he got an idea (an awful idea, some would say. . . a wonderful, awful idea) to start his own church. In a barn.

All that's missing is Mickey Rooney saying to Judy Garland, "Hey, let's put on a show!"

Hmmm. I have a little trouble with this. It will "accept" the most awful, evil, slimy people who ever crawled the earth, those scum-bags who can't get into a "real" church to save their lives. But why does he welcome all these worthless people? Because then Pastor Ted will fit right in. Compared to all this pond scum, he'll come up pretty righteous.

I have to admit, however, that as I watched this thing unfold (with Part I written all over it: the TLC execs no doubt had their finger on the pulse of the ratings), it seemed to me as if something sincere was trying to come through.

Even as he enabled the voracious needs of a slurring addict who'd lost everything and arranged for her to stay at a fellow parishioner's home (!!!!!), there was a sense that he was trying. Trying for something.

The trouble is, he's an Elmer Gantry and doesn't even know it. Does he think he's gay? If he did, he'd probably kill himself. Or his wife would kill him.

So he has jumped back into the closet, but hey, since he was branded such a sinner, that allows him to counsel and pray and dither over REAL sinners who maybe are gay.

His sons look exactly like him, which is creepy. His wife is a total codependent with no personality of her own, the "good wife" of TV repute. Evangelists invented the concept of "stand by your man", after all.

If this series flies, and maybe it won't because Part I was pretty limp and uninspiring and public opinion of Haggard still so negative, they're going to have to punch it up a little. That "barn" looks like a storage shed gone to seed, with plywood walls and old chairs dredged up from an episode of Hoarders. If they were going for Abe Lincoln log-cabin rustic sincerity, they missed by a mile. If this is the only facility they can afford, they better pack it in, or else rent a hall somewhere.

But still. It could get interesting to see Haggard get involved in "counseling" people who are way out of his depth. They might really be gay and he might have to tell them to give it up! (Like he did. Ooops, no! Because he's not really gay.)

There are already churches kind of like this that claim to truly welcome the sinner, but I have problems resolving their ultra-conservative and fiercely judgmental theology with that open, inclusive, come-unto-me philosophy. Also, the folks that will be attracted to Haggard's makeshift storage-room church won't have any political clout, or any money either.

So, the question comes up once again. Do people get paid to do reality TV?

They get their rehab paid for in sunny resorts with horse ranches, personal trainers, crystalline beaches and a masseuse. Makes ME want to turn alcoholic for a while.

They get their hoard-crammed, miserable, urine-soaked, vermin-crawling, stinking holes of houses bulldozed for free, along with concerned counselling by that crinkle-browed therapist who always asks them, "Is this bringing anything up for you?" (While the rest of us just bring up.)

It's all part of the ingrained theory (see another Ted by the name of Williams) that anyone can be redeemed if you throw enough money at them. Everyone's potentially employable and emotionally balanced. They just have to get that awful childhood trauma out of the way.

What bizarre myths we promote! If Haggard really does attract the kind of people he says he wants, they will be manipulative, lying crack whores and felons and pimps. But at the same time, they will be blisteringly honest, attacking any weakness they can find in their fearless leader.

If this succeeds, watch out, Ted. They will destroy you unless you truly confess what you did, and who you are.
Posted by Margaret Gunning at 9:24 AM 2 comments: