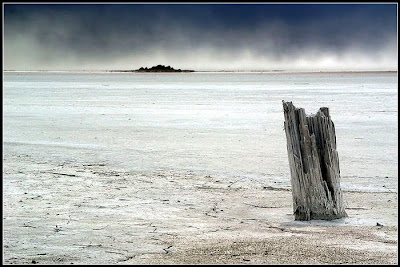 When a non-proficient computerphobe like me has to retrieve a file that contains an entire novel (several years' worth of sweat and hope), it's a bit disconcerting when said file won't come up.

My husband tried to fix it for me. He tinkers around on my computer, putters. Clicks here and there. It takes a long, long time. In many ways, his skills are worse than mine.

There, I've said it. But I thought he could pull this thing up out of oblivion.

When he finally got it, I wanted him to email me a copy so I wouldn't run into this shit again. He right-clicked the file name and began to mouse over and over and over "delete". My panic and terror was rising. He has been known to slip, to falter and click on the wrong thing.

I could see my work disappearing into a hole. I exploded. He exploded. We almost physically fought. He stormed out the door and I tried to push it shut, but he was pushing it back. Holy hell! I finally won, slamming it hard. Good thing his finger wasn't in the crack.

Today I found myself writing this thing - God, this thing about how nobody gets it, I mean nobody, not even my life partner. People think this is a little hobby, like baking or knitting, not bloodletting onto the page. I write because it's my twin: flesh of my flesh, bone of my bone. Not writing is unthinkable. Is it its own reward? Not if you're a real author.

And I crossed that thresshold years ago.

Did it create expectations? You bet it did. Expectations that I would go on publishing on a regular basis, doing a little better each time, building an audience steadily, until. . .

Instead, it has been like being tied to a wild horse and dragged over the rocks.

The economy failed. That's one thing. My illusions about becoming an instant celebrity died. I had to ask myself why I was really doing this. But ideas thrust themselves into my brain, notwithstanding. They said, "Write me, write me!" I could not resist.

I have two novels unpublished, The Glass Character and Bus People, and a book of poems (The Red Diary) about the diary of Anne Frank. I think all of these manuscripts deserve to see print. I sent queries on Anne Frank out, only a few because I couldn't seem to stand it. I didn't think I'd have to slam my head any more. I remember in the '90s sending out 65 queries for a novel called A Singing Tree. I now see it was unpublishable, but who knew at the time? 65 queries, zero acceptances.

I'd quit, yes, but when Better than Life and Mallory came out, reviewers were giving me the kind of notices a writer dreams of. Now I wonder if it was worth being dangled like that.

Would I rather not have gotten them? Well.

I suppose I should quit bellyaching and try to be more constructive. This is more like a diary entry than a blog post. But sometimes it hurts so much. I wish I could go do something normal. Nobody in my family or small circle of friends gets this. They just don't. If it's so painful, why not just walk away?