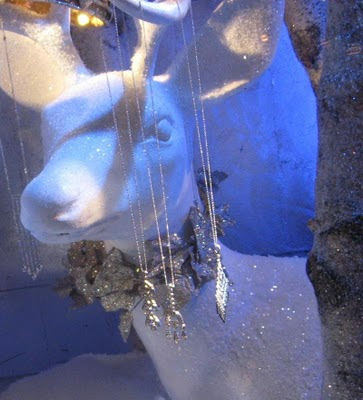 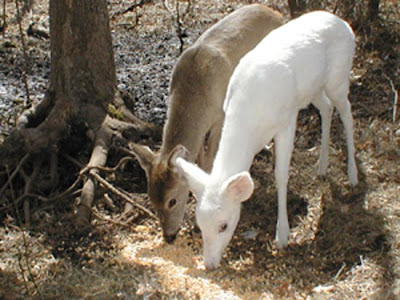 A snow white doe in an emerald glade
To me appeared, with antlers soft of gold,
And leapt two streams, under a laurel's shade,
Near sunrise, in the winter's bitter cold.
To me she appeared wild treasure so fair
I was so distraught my eyes fell to stare,
As if, poor miser pursuing his gold,
I might find relief for grievance of old.
I spied on her neck, "No one dares touch me",
Graven in topaz and diamond stones,
"For Caesar wills I should always run free."
The sun had ascended to zenith, and she
was gone in a flash, lost in its pale gleam.
While I still chased her, I fell in that stream!

Whoso list to hunt, I know where is an hind!
But as for me, hélas, I may no more.
The vain travail hath wearied me so sore,
I am of them that farthest cometh behind.
Yet may I by no means my wearied mind
Draw from the deer, but as she fleeth afore
Fainting I follow. I leave off therefore,
Sithens in a net I seek to hold the wind.
Who list her hunt, I put him out of doubt,
As well as I may spend his time in vain.
And graven with diamonds in letters plain
There is written, her fair neck round about:
Noli me tangere, for Caesar's I am,
And wild for to hold, though I seem tame.

http://members.shaw.ca/margaret_gunning/betterthanlife.htm
Posted by Margaret Gunning at 8:52 AM 2 comments: