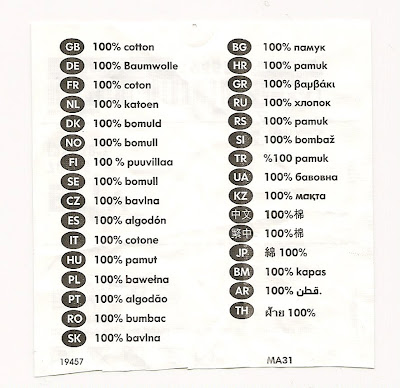 A friend of mine recently wrote that he suffers from back pain. Since we can't get Ben Gay any more (or can we? Is it just going by a different handle, like Queer Shmear?), he has had good results with a sort of back-stretching device that decompresses the spine.

OK then, why are our spines so collapsed to begin with? Can you guess? Sapient types (those with degrees on their degrees) have stated that we were never meant to walk upright. If we were still dragging our knuckles, we wouldn't all be lumbar-ing along.

Interesting theory, but I don't think we're going to try it any time soon.

Not every ache is caused by the australopithicine hunch over the keyboard. Spines are complicated and age along with the rest of us. The forces of gravity really do compress discs and cause them to grind together, sometimes with considerable agony.

But the picture of human devolution (above) isn't entirely funny. We now walk on two legs, but how often do we bother? An alarming number of people literally sit all day, only getting up to pee or grab a Danish.

Having your spine curved like a wishbone can't be healthy, and how many of us remember to sit up straight when we blog and tweet and twitch and twit and twat (sorry for that last one)?

And then there's obesity. I heard an alarming statistic the other day: girls are now reaching puberty as young as SEVEN. 43% of black girls (more prone to early puberty: I'm not being racist) have developed breasts by age 8.

Eating chicken pumped full of growth hormone may be a factor, as well as being bombarded by messages to grow up faster, faster, faster, become sexualized sooner, and have your own charge card by Grade 2 so you can dress like Lady Gaga.

But the main reason girls are experiencing this bizarre, unnatural phenomenon for the first time in human history is that they are too damn fat. Excess body fat pumps up the estrogen, and the body can't help but respond.

This means our daughters will soon be able to get pregnant at ten.

In spite of our awareness that fatness curves the spine and bloats the breasts, we carry on eating. I constantly see articles on the addictive quality of junk food and its effect on the brain. In a world ripped apart by stress and uncertainty, a world where financial and natural disaster vie with each other for the capacity to completely demoralize us, it's handy to grab a drug, a really cheap and readily available drug, and just stuff it in your mouth.

I won't get into Morgan Spurlock and his documentary, EAT ME (actually it was Supersize Me, reflecting the 30-lb. weight gain he experienced from a month of eating nothing but McDonald's). That was an extreme, wasn't it? Then why do I keep seeing items on 20-20, Dateline and other programs I never watch, depicting enormous 10-year-olds lumbering around at fat camp, the boys sporting breasts bigger than the girls'?

If kids are this fat at 8 or 10, if girls are having menstrual periods when they should be playing with Play-Doh and Care Bears, something is seriously wrong, isn't it? How does all this relate to back pain? It does, and it doesn't. Not everyone whose back hurts is obese. But many, many people are carrying a crushing load, leading to heart disease, high blood pressure, type II diabetes and general emotional angst.

It may not be politically correct to say so, but fat doesn't look good on people. If it were evenly distributed, well, maybe. But it isn't. It congregates in big rolls and sticks out through clothing, which never fits quite right because everyone's fat settles in a different place. It renders the body lumpy and unattractive. It bounces and jiggles. And it definitely plays hell with our health.

I saw another astonishing item on the TV news: surely this must have been wrong! It was all about the by-now-well-known fact that belly fat, fat around the middle of the body, is more hazardous than in other places (such as a big fat head, or fat elbows).

But that's not what shocked me. A doctor set out the limits of health: the maximum waist size for men should be 46", and for women, 42".

I don't think my waist was that big at nine months pregnant. I am far from a skinny person, but my waist measurement is 28". Is this the allowance we make for the obesity rate in North America? Do people strive to get "down to" 42" or 46"? What were they orginally, 74"?

Society is still obsessed with thinness and fitness. Just look at all the useless exercise gadgets that promise 50 lbs. of weight loss in a month (with just 15 minutes of exercise, 3 times a week!). At the same time, there is a parallel march towards early death: these fat kids who can't seem to stay out of the candy aisle are going to be twice as fat in adulthood, aren't they? What's going to happen to adults who developed arterial plaque at 10?

I'm in a rotten mood, that's what. Natural disasters all over the world all seem to be caused by global warming. We've done this to ourselves. Instead of being a sleek, modern computer society, we're turning into blobs that can be rolled down the street. Why does the human race hate itself so much? Why this lack of discipline? Why do "experts" insist this is all genetic, when these mysterious genes never showed themselves until now? That's like inheriting blue eyes at 42.

I just get this awful fall-of-Rome feeling. Fin de siecle, or whatever. We used to fear plagues, but these have disappeared from the headlines, as passe as Legionnaire's disease. I know the human race likes to preach doom and gloom - it sells more products, especially self-help books that help you eat, pray, and lose 50 pounds in Bali with a gorgeous man.

But I wonder what kind of world I am leaving for my grandchildren. Have we devolved this dramatically? Has short-term greed pretty much doomed us? Are all those horrific SF movies really true: has the fabric of civilization started to seriously come apart?

So here I sit, hunched over my computer (actually, I'm trying to sit up straight, but it probably won't last), contemplating the extremes of a society that I must belong to, because I have no other choice. I wonder what contribution I have to make. I am selfish, which means I'm not willing to go overseas and help flood victims. I would soon be overwhelmed.

I can love my grandchildren, try to even out and average the violent highs and lows of being a kid in 2010, so that they have some sense of stability.

As a lapsed churchgoer, I'm surprised this passage from Isaiah leaped into my head:

"Every valley shall be raised up,
every mountain and and hill made low;
the rough ground shall become level,
the rugged places a plain."

They're not fat. At least it's a start.

Posted by Margaret Gunning at 9:14 AM 2 comments: