There's something beautiful, but a little bit disturbing about this brief clip of Shirley Temple, age three, primping in front of a mirror in a very early short. Obviously she has already learned to mimic adults in a way which was considered amusing back then, but her dancing in these short films was deliberately styled on the seductive hoochie-koochie "shimmy" dancing of the day. Did they see nothing wrong with this? 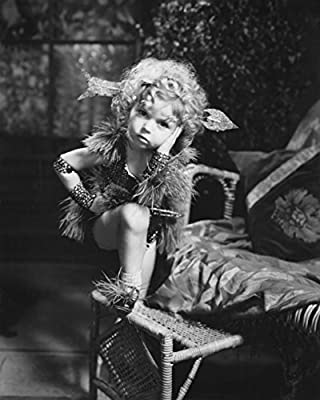 No less an author than Graham Greene wrote a review of one of her early features that is jaw-droppingly inappropriate today:

.
The owners of a child star are like leaseholders — their property diminishes in value every year. Time’s chariot is at their backs: before them acres of anonymity. What is Jackie Coogan now but a matrimonial squabble? Miss Shirley Temple’s case, though, has peculiar interest: infancy with her is a disguise, her appeal is more secret and more adult. Already two years ago she was a fancy little piece — real childhood, I think, went out after The Littlest Rebel). In Captain January she wore trousers with the mature suggestiveness of a [Marlene] Dietrich: her neat and well-developed rump twisted in the tap-dance: her eyes had a sidelong searching coquetry. Now in Wee Willie Winkie, wearing short kilts, she is a complete totsy. Watch her swaggering stride across the Indian barrack-square: hear the gasp of excited expectation from her antique audience when the sergeant’s palm is raised: watch the way she measures a man with agile studio eyes, with dimpled depravity. Adult emotions of love and grief glissade across the mask of childhood, a childhood skin-deep. 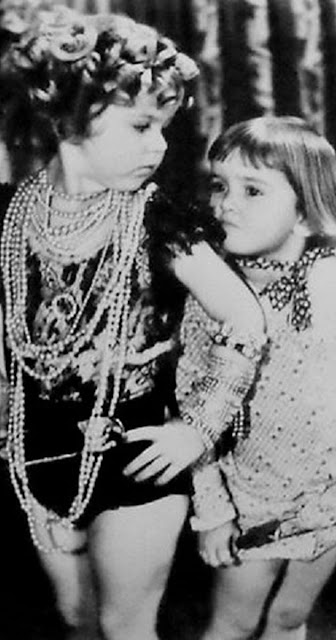 It is clever but it cannot last. Her admirers — middle aged men and clergymen — respond to her dubious coquetry, to the sight of her well-shaped and desirable little body, packed with enormous vitality, only because the safety curtain of story and dialogue drops between their intelligence and their desire. “Why are you making my Mummy cry?” — what could be purer than that? And the scene when dressed in a white nightdress she begs grandpa to take Mummy to a dance — what could be more virginal? On those lines in her new picture, made by John Ford, who directed The Informer, is horrifyingly competent. It isn’t hard to stay to the last prattle and the last sob. The story — about an Afghan robber converted by Wee Willie Winkie to the British Raj — is a long way after Kipling. But we needn’t be sour about that. Both stories are awful, but on the whole Hollywood’s is the better.

Posted by Margaret Gunning at 4:17 PM