I was drawn to these sumptuous photos of early-20th-century actress Gladys Cooper because of her unconventional looks - not exactly pretty, not classically beautiful, and almost never smiling, but nonetheless captivating. Straddling the line between Edwardian primness and roaring '20s excess, she alternates between a buttoned-down formality and a certain smoky wildness, her long hair unexpectedly bursting out of its combs in a tumbling waterfall. The rest of the time she is just plain elegant, though her face is composed to the point of being unreadable. But where have I seen that face before? Where have I heard that name? 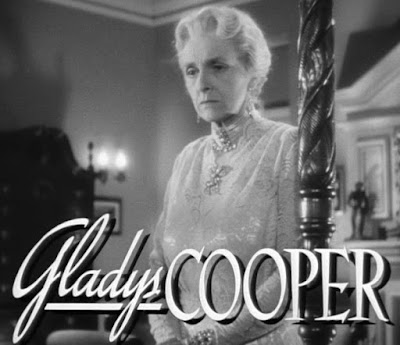 THIS Gladys Cooper, the one who played Bette Davis's domineering, repressive mother in one of my all-time favorite movies, Now, Voyager.

But there was so much more to her than that. 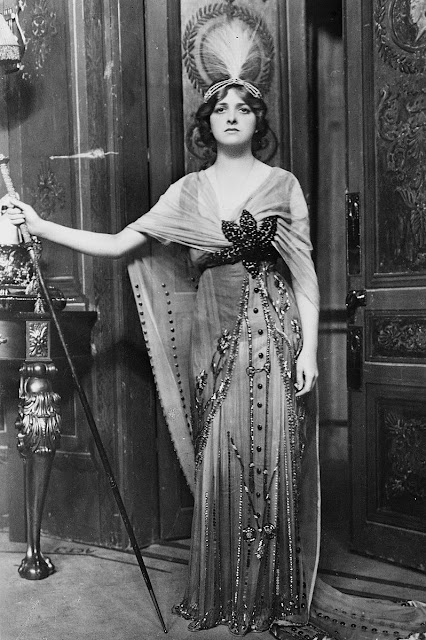 Dame Gladys Constance Cooper (18 December 1888 – 17 November 1971) was an English actress whose career spanned seven decades on stage, in films and on television.

Beginning as a teenager in Edwardian musical comedy and pantomime, she was starring in dramatic roles and silent films before the First World War. She also became a manager of the Playhouse Theatre from 1917 to 1933, where she played many roles. 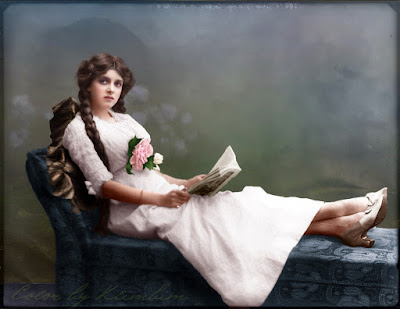 From the early 1920s, Cooper was winning praise in plays by W. Somerset Maugham and others. In the 1930s, she was starring steadily both in the West End and on Broadway. Moving to Hollywood in 1940, Cooper found success in a variety of character roles; she was nominated for three Academy Awards, the last one as Mrs. Higgins in My Fair Lady (1964). Throughout the 1950s and 1960s, she mixed her stage and film careers, continuing to star on stage until her last year. 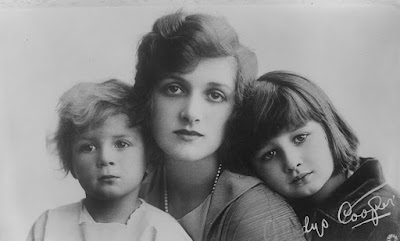 Early in her stage career, she was criticised for being too stiff. Aldous Huxley dismissed her performance in Home and Beauty, writing "she is too impassive, too statuesque, playing all the time as if she were Galatea, newly unpetrified and still unused to the ways of the living world." Evidently, her acting improved during this period, as Maugham praised her for "turning herself from an indifferent actress to an extremely competent one" through her common sense and industriousness. - Wikipedia 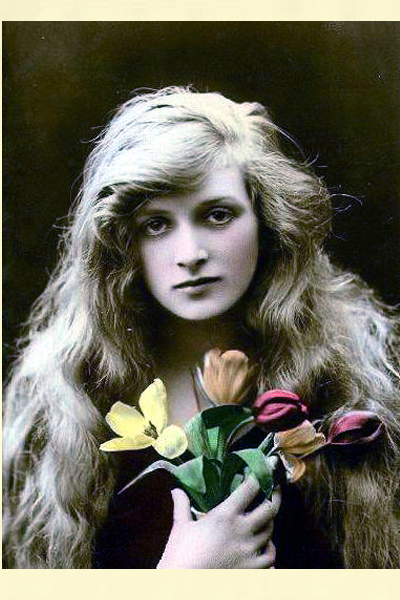 A woman's hair was particularly important to her appearance in that era. Even a relatively-plain face like Gladys's came to life when framed by a tumble of chestnut curls. The provocative nature of these photos reveals the drastic change between the demure and even repressive attitudes of the Edwardian era and the wild times to come. She lets her hair down here, quite literally, and the combination of the sensually rippling hair and the austere, almost jaded facial expression is quite compelling. During that dramatic transition from tightlaced maiden to fringed flapper, Gladys Cooper found her place on the stage, and in the world. 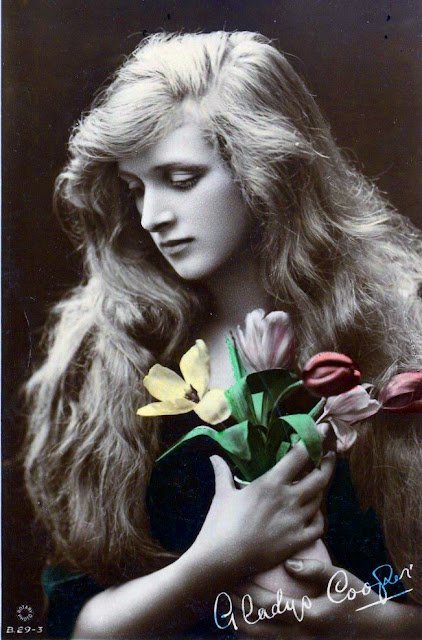 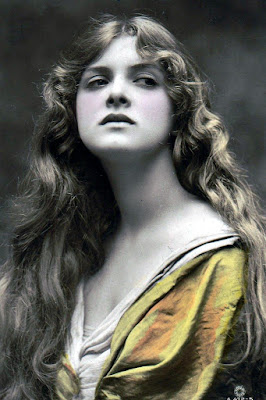 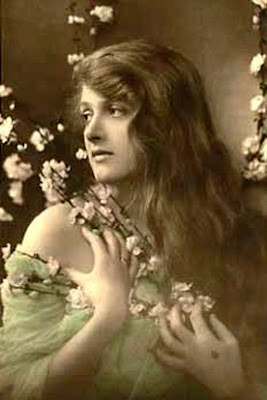 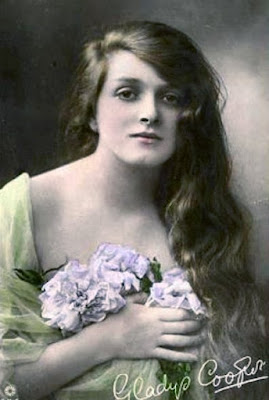 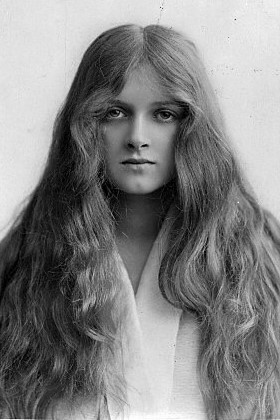 Posted by Margaret Gunning at 11:30 PM No comments: