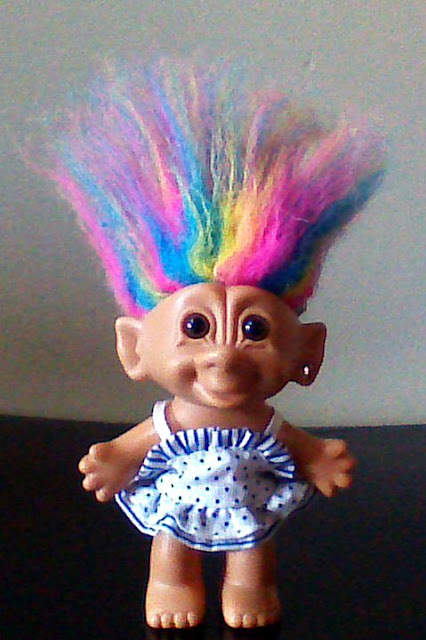 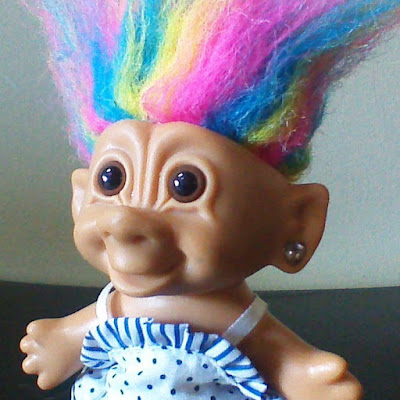 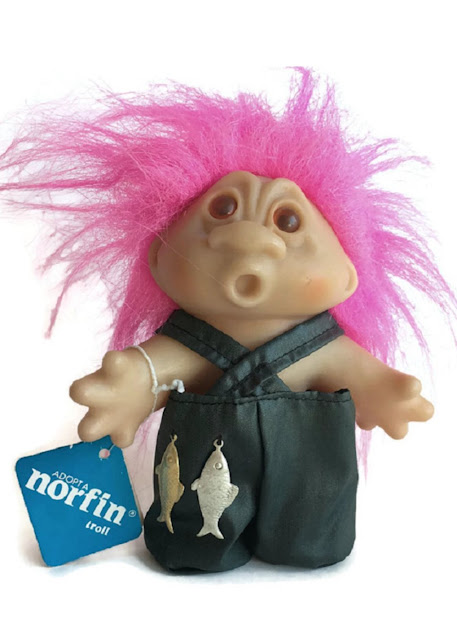 Trolls. Trolls! So when did this addiction start? I don't know, and I don't particularly care. How many trolls do I have? I don't count them. What are the names? Only half a dozen or so have names, and I tend to forget them anyway.

Am I attached to my trolls? As much as I'd be attached to a living thing, a pet, or at least a plant.

They are comforting to me, and sometimes I truly need comforting and can't find it anywhere else. These two lovelies are the ones I ordered from Etsy recently and haven't received yet. And I was going to just be happy and wait for them, and then. . .

I shouldn't have gone on eBay, I know. My cat tries to get me to stop.

But somehow, it never works.

I think the vendor of these trolls either has NO idea how much they are actually worth, or is salting her shop with incredible bargains to draw people in, as most stores do. 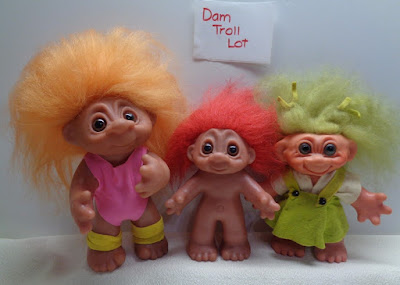 The thing you have to realize is that I live in Canada, so trolls will cost me easily twice what they are in the States. Shipping and handling is ludicrous, often much more than what the troll costs (even for tiny ones that weigh a few grams). And this set of three, all told, was $57.00 in Canadian dollars.

Any one of these large-sized (7", 8" and 9") beauties could command a couple of hundred in this country, given the pristine shape they're in. There is not much in the way of clothes, but I provide those, handmade with love and tailored to fit. Troll outfits are seldom very impressive unless you get those fancy custom-made ones from Etsy vendors such as Lucretia's Lair, and they'll run you $50.00 each (plus $65.00 shipping and handling).

The hair is in particularly good shape in this group, and the orange hair is gorgeous, a rare colour, and might even be a mohair replacement which would up the value by at least another $20.00 or $30.00. I only have one other mohair troll, and though he's totally lovely, there are flaws in the vinyl that would likely cut his market value in half.

So. . . sigh. More trolls. I had to buy them before someone else snapped them up, which has happened to me more times than I can count. I need something to make me feel better, I guess, as I wander through this wilderness alone.

I do troll box openings on YouTube which command the usual one (or zero) views, but I guess I do them for myself, and because I desperately needed a fulfilling hobby once the grandkids became adolescents and Grandma was no longer "cool".

Trolls take me back to the very best year of my life: 1964, when everything happened for me. The Beatles came on the Ed Sullivan Show for the first time on my tenth birthday. My Dad gave me a horse. (Yes, a horse.) I was in an accelerated Grade 5 class in school which was total mayhem, a 1960s educational experiment in which nobody learned anything all year and the teacher had a nervous breaktown by Christmas. Sheer bliss! I also stopped taking violin lessons, which was like having a thousand pounds of chains slide off my shoulders.

And - trolls. There were trolls. Two close friends also had troll fever, and it cemented the bond between us and made it magical.

Trolls aren't like Barbies or Cabbage Patch Kids or ANY other doll. Even calling them dolls doesn't seem to fit. They have a spooky, slightly creepy quality that some people frankly hate, but that makes them all the more appealing to me. 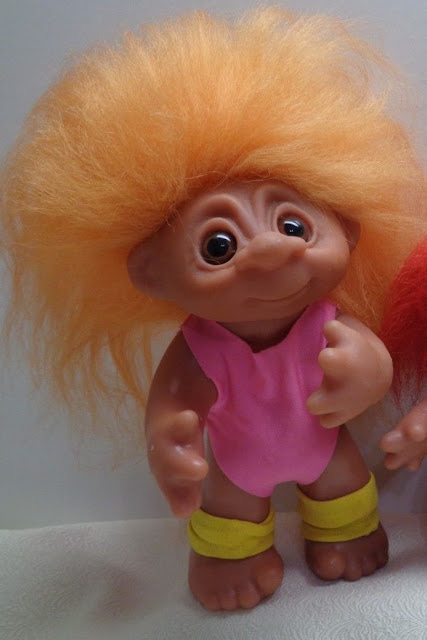 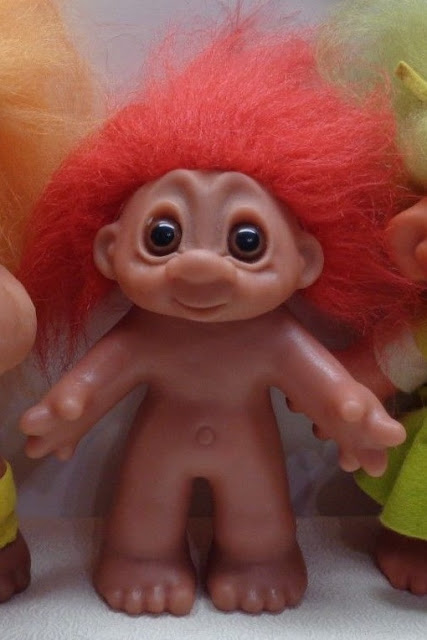 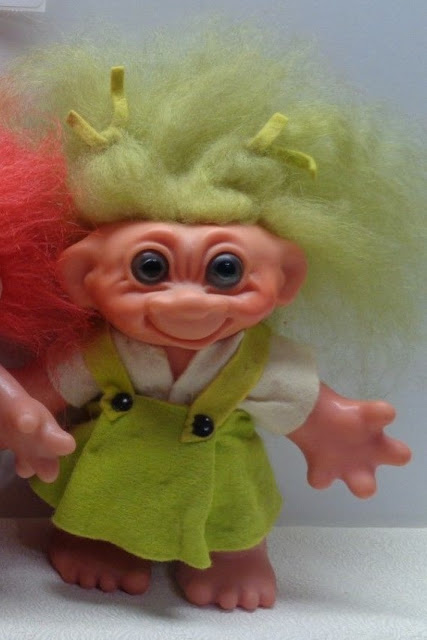