There are some truly strange phenomena in religion. This is right up there with Mormon magic underwear: the belief that a simple prayer will instantly peel 20 or 30 pounds off your body, so that suddenly your skirt is literally falling off. Even the needle on the scale is shown edging down and down, right on camera. It seems ludicrous, and it IS ludicrous, and I can't help but be sad, because people who believe this will believe anything. They will believe anything because they make the evidence fit. Either it's a downright hoax and they're sucking in their gut or have a hidden tuck in their waistband, or they're trying so hard to believe in the miracle that they delude themselves into actually SEEING results on their own body. 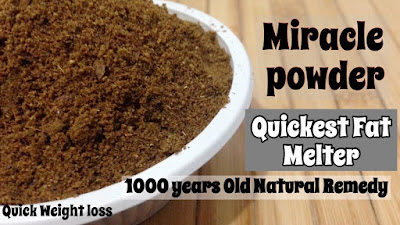 Part of it is just - may I say laziness? Losing weight is hard work, it takes effort, commitment, and an endless dedication to keeping the weight off even when your body insists on putting it back on. But what if God was willing to do all this for you - no effort - no energy - and in only seconds?

It scares me because this guy, this evangelist, is very slick. He's one of these charismatics, and he's there to fill the holes in people's lives. Most of this audience (and I believe the church is in Zimbabwe) are poor and black, and most are middle-aged or older women. No doubt this instant weight loss has another kind of cost, a more literal cost, in having to pony up big bucks to line the preacher's pockets.

It's what used to be called cheap grace. Jesus will do it all for you. Just believe in him, surrender to him! It seems like another lifetime that I not only belonged to the United Church, but was a lay minister for years and years. It wasn't so much waking up one morning realizing it had all been a sham. It was a slow crumbling, an eroding, a gradual realization that this just couldn't be true. What was I having "faith" in? Was there a God, a separable force from brute nature, that cared about us? After a while, it just didn't make sense any more. In the eyes of the church, it had to be something benevolent that was kind of hanging above us, watching over us, counting the hairs on our head, etc. If I doubted, people would try to hook me back by saying, "Oh, but it's just something that lives in your heart." But that's not it. An atheist could (and many do) embrace this idea. I could believe in human goodness without believing in a separable, personal, unconditionally loving God. 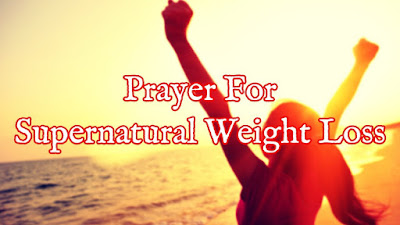 That time I thought I caught a dazzling glimpse of the power of the universe, that dizzying force was completely indifferent. Quite simply, it didn't care about us. This was the raw force of nature, and of all that is. If there's something more personal going on, then we must provide it for each other.

So where is God in all this?

Videos like this one, in which trusting people are duped and bled dry of money they can't spare, only erodes my sense of the Big Guy in the Sky even more. How many crusades were fought in the name of God, how many people tortured and executed - and on a more intimate level, how many people were shamed and blamed, how many innocent, trusting children sexually abused and emotionally destroyed by priests who were God's representatives on earth?

It's a grim scene. I had to learn to do without God, and it was a loss, and still is, now that I am grieving the loss of my best friend. He was a believer for years, but I am not sure what happened at the end, because it looks like his former church is not going to do a memorial for him. So much for the graciousness of God and his followers! When it comes right down to it, Christian forgiveness is practically never followed, though an awful lot of people play at it. So I am left pretty much alone with my grief, and it's bloody painful. Sometimes I feel him on the other side, sometimes I even hear his voice, but if  I made the mistake of telling a psychiatrist, I'd be given medication for it and have a note written on my chart: delusional. And it would be on my record forever. Don't start that God business, whatever you do, or it will follow you around forever.

POST-BLOG GLOB! Predictably, I just found a news article from a Zimbabwe paper about  this Prophet Emmanuel Makandiwa, claiming that his church will soon be shut down (though I am sure that, like a poison mushroom, it will pop up somewhere else in short order. As P. T. Barnum famously said, there's one born every minute.)

The fortunes and survival of UFIC leader, prophet Emmanuel Makandiwa, is hanging by a thread, with the prospect of an ultimate shutdown of his tricky church, after the already talked about Ghanaian pastors have sent an explosive letter to President Robert Mugabe, to be hand delivered by a local delegation of clerics representing them in Harare next week, the Telescope News reported.

Makandiwa had appeared to take the gospel in Zimbabwe by storm five years ago, with sugarcoated teachings bordering on a heap of what his critics say are "lying miracles", such as penis enlargements, miracle money, miracle babies, weight loss on live television, and dubious financial summits to empower men right in the House of The Lord, they charge. However, the letter sent last night to Zimbabwe, calls on Mugabe to immediately arrest Makandiwa without hesitation when Grace passes away, as evidence that he is a fake prophet, thus God has hidden this sad prophecy just to expose his wickedness, and alleged ties with the occult and voodoo magic, the pastors lead by Lawrence Ajoba, said.

The Telescope News claims that it has a copy of the letter, which is embargoed until 6 April 2014, thus we shall be publishing the full text of the letter on Monday, the 7th of April, as part 2 to this interesting saga fast approaching "Judgement Day".

Ironically, Makandiwa is preparing for a much hyped "Judgement Night" on April 19, at the National Sports Stadium in the capital. Some 150 000 people are expected to attend his meeting, including foreigners, which could be his very last shot at fame and crowd pulling. The Ghanaian pastors, as will be read next week also want Mugabe "to set bulldozers" on the UFIC Chitungwiza church.

(I'm afraid they lost me at the penis enlargements.)