A garden is a lovesome thing? What rot!

My Garden by T. E. Brown

A garden is a lovesome thing, God wot!
Rose plot,
Fringed pool,
Fern'd grot --
The veriest school
Of peace; and yet the fool
Contends that God is not --
Not God! in Gardens! when the eve is cool?
Nay, but I have a sign;
'Tis very sure God walks in mine.

My Garden by J. A. Lindon

A garden is a lovesome thing? What rot!
Weed plot,
Scum pool,
Old pot,
Snail-shiny stool
In pieces; yet the fool
Contends that snails are not -
Not snails! in gardens! when the eve is cool?
Nay, but I see their trails!
'Tis very sure my garden’s full of snails!

How many pests are likely to infest
An English country garden
I’ll tell you now of some that I detest
Those I miss you’ll surely pardon
Cabbage worms and spider mites.
Things that give you nasty bites.
Snails, spiders, snakes and bees.
Aphids and locusts are really quite ferocious
In my English country garden

I will confess that I have no success
With my English country garden
I’ve thought it through and decided what to do
My result I hope you’ll pardon
Cover it with broken bricks.
Fill it up with ready mix,
Wait for it to harden.
I’ll cultivate a nice cement estate
Not an English country garden. 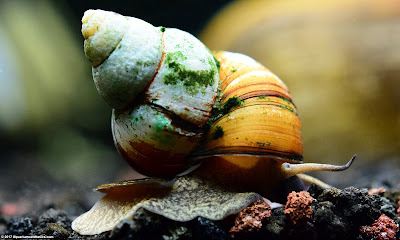 AFTERWORD. I know. This is sort of lame. But here's how it started. I kept thinking of the line, "My garden's full of snails!", and knew it was from something, somewhere, so I just had to chase it down. Turns out it was a parody of another poem, equally lame, about God walking along in the garden, presumably leaving some very large footprints.

Then I thought of, for some reason, a TV special I watched eons ago, with Cleo Laine and John Dankworth (and for some reason I remember Karen Morrow singing a beautiful version of When Will I see you Again?). They did a take on English Country Garden which was really quite funny, all about snails and slugs and things infesting the shrubs and eating everything in sight. I couldn't find it anywhere, but there were various parodies of it on YouTube and elsewhere. I was too lazy to write my own, so adapted one of the many lyrics (which included some rude and disgusting ones I didn't want to use), leaving half the verses out because it was Australian. Nothing against Aussies, I just don't have any wallabys in my yard.

Because some of my thousands of readers might not be familiar with the original song, I found a lovely and very short version sung by Nana Mouskouri. So if any of this hangs together, great! 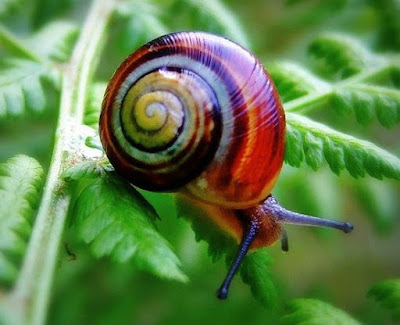 (Later!) Oh my God! I DID find that song, the one Karen Morrow sang on the Cleo Laine special years and years ago, but it wasn't called When Will I See you Again at all! It was called Weekend in New England, of all things, and it was written by Barry Manilow. The only reason I found it at all was because I remembered the line, "When will this strong yearning end?" The wonders of the internet yielded me the rest.

So somehow or other, I've gone from garden pests to Barry Manilow. Sorry. But this one deserves a post of its own.