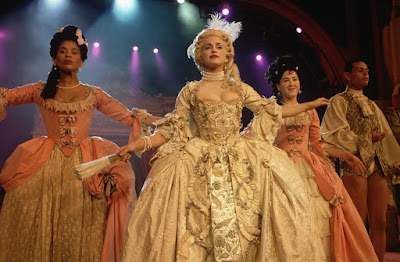 It is Lindor, it is Tircis, and it is all our victors!
It is Myrtille, it is Lyde! The queens of our hearts.
As they are defying! As they are always proud!
As we dare rule our fates and our days!

Oh mortal insult! The cadence is less slow!
And the fall more certain! We'll make them sing a different tune!
We will soon be their running dogs!
They are ugly! Dear little face!
They are madmen! (Quaint airs and tunes!)

And it is always the same, and so forever!
We love! We hate ! We curse our loves!
Farewell Myrtille, Egle, Chloe, mocking demons!
Farewell and goodbye to the tyrants of our hearts!

And a good day! 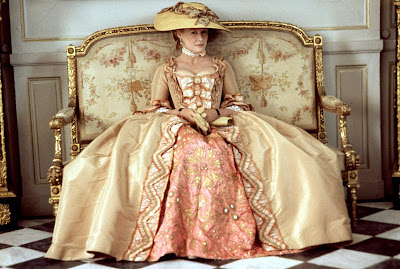 So what does it all mean?

Faure's famous Pavane (and a pavane, by the way, is a slow processional dance from the Renaissance, not a lament as so many people think) suffers from a serious disconnect between the music and the lyrics, which upon analysis seem insufferably silly.

According to wonderful Wikipedia (and I quote it here not to be lazy, but to provide you with links to finer details of the story):

The original version of the Pavane was written for piano and chorus in the late 1880s. The composer described it as "elegant, but not otherwise important." Fauré intended it to be played more briskly than it has generally come to be performed in its more familiar orchestral guise. The conductor Sir Adrian Boult heard Fauré play the piano version several times and noted that he took it at a tempo no slower than 100 quarter notes per minute. Boult commented that the composer's sprightly tempo emphasised that the Pavane was not a piece of German romanticism, and that the text later added was "clearly a piece of light-hearted chaffing between the dancers". 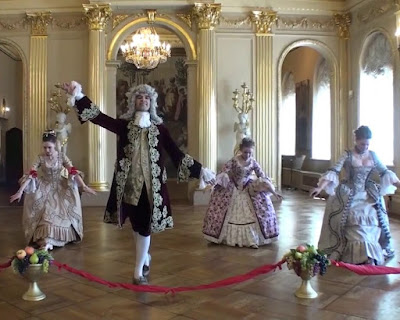 Fauré composed the orchestral version at Le Vésinet in the summer of 1887. He envisaged a purely orchestral composition, using modest forces, to be played at a series of light summer concerts conducted by Jules Danbé. er Fauré opted to dedicate the work to his patron, Elisabeth, comtesse Greffulhe, he felt compelled to stage a grander affair and at her recommendation he added an invisible chorus to accompany the orchestra (with additional allowance for dancers). The choral lyrics were based on some inconsequential verses, à la Verlaine, on the romantic helplessness of man, which had been contributed by the Countess's cousin, Robert de Montesquiou.

The orchestral version was first performed at a Concert Lamoureux under the baton of Charles Lamoureux on November 25, 1888. Three days later, the choral version was premiered at a concert of the Société Nationale de Musique. In 1891, the Countess finally helped Fauré produce the version with both dancers and chorus, in a "choreographic spectacle" designed to grace one of her garden parties in the Bois de Boulogne.

This is one of those pieces that evolved from a trifle into a classic. Faure didn't  think much of it, probably tossed it off and filed it somewhere until he was called upon to use it at "light summer concerts". But soon things escalated. If you have a rich patron like the Countess, and it's her birthday, and she's the one that pays the rent, you give her pretty much anything she wants. What she wanted was Faure's lovely little piece - but with words written by her cousin (the one with the unspellable name). What Faure thought of that idea is not on record, but he went ahead, orchestrating the piece and adding an "invisible chorus" (and it must have been a chore to find that many invisible singers), dancing girls, elephants with ostrich-plume headdresses, plate-spinners (for all we know), and various other garden party accoutrements.

The end result was a piece which put Faure on the map, and is easier to listen to than the Requiem because it only lasts six minutes. It would be interesting to find a version closer to the original, but the piece we know today is deeply melancholy, achingly romantic. So we ended up with this sad, scrumptious piece of music with the dumbest words ever written. It's just court gossip, stuff whispered slyly behind fans.  It translates awkwardly, and each line is followed by an exclamation mark, which is affected enough. I misheard it for years, barely understanding a word here and there. "Observez la mesure" was, surely, "Behold, the misery!" Not even close. It just means, "Keep the rhythm", perhaps a reference to people who can't gossip and dance at the same time. "Coeur" kept popping up, summoning up images of lovers clutching their damaged hearts. Instead it was a quite mundane "queen of hearts" reference.

One thing, though. It ends strangely upside-down, with "adieu. . . et bonjour",  which I like. Perhaps this reflects the shallowness of courtly life, the lapdogs, the intrigue, the feathered lorgnettes. And all that stuff.

But it still blows me away, this music. In spite of its rather strange garden-partyesque origins, it has evolved into an eternal classic. It intrigues me how it progressed from a nice piano piece Faure put together while eating his scrambled eggs (or was that Paul McCartney?) to - this, this lavish, heartbreakingly beautiful lament.

This pavane. Which everyone gets wrong anyway. It's a dance.

POST-SIGH. I sigh because this is the second time I wrote this post. This thing is acting so strangely, the screen sort of moving back and forth. Then, all at once, 3/4 of the text - disappeared. It was just nowhere. I thought of giving up, but I am constitutionally incapable of giving up, even when it would  be a much wiser course. SO - I pieced it back together again, minus whatever inspiration I had initially to write it.

The YouTube video I initially posted mysteriously vacated the building, as sometimes happens, so I had to find a substitute. I couldn't. The only truly lyrical versions of this piece are the ones without a chorus. Not sure why this is, except that it's kind of a lame choral bit. I think the piece would stand nicely without it. But this was all about the strange words and how they don't fit the music. So maybe it goes without saying that in this particular recording, the choir doesn't go with the orchestra. The band is great, soulful, etc., but I don't know what the deal is with the singers. They come in late, they're flat, certain sour razzy female voices stick out. They're not together. The only version I really liked has been taken back by YouTube. But you're welcome to keep on looking! There are only 957 versions to go.